Mom Of Twins About To Be Thrown Off Plane, But The Stewardess Couldn’t Ignore A Voice From The Back : AWM

Mom Of Twins About To Be Thrown Off Plane, But The Stewardess Couldn’t Ignore A Voice From The Back 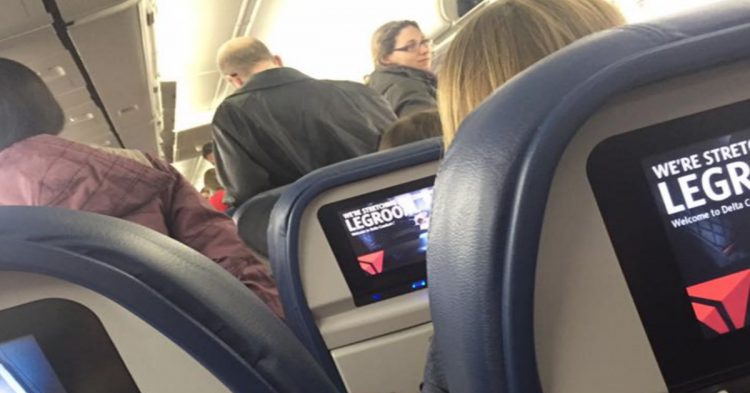 Traveling with a small child can be challenging and when flying, in particular, a fussy baby or wiggly toddler can make things unpleasant for others aboard the plane. Airline travel with little ones is tough, but in one case, a woman traveling alone with twins found herself in a difficult situation. Another passenger witnessed something truly inspiring happen and shared the amazing story online.

Fashion and lifestyle blogger Mackenzie Murphy described the scene, noting: “Yesterday, this woman on my flight had twin babies, probably under 6 months, not so sure of the age. It was a very packed flight so they started taking carry on luggage to store under the plane. A gate worker took this woman’s car seat, meaning she would now have to hold both babies since they weren’t old enough to sit up on their own in a seat.”

The mother sat down but was told by a flight attendant that she couldn’t hold both babies because it’s a safety hazard. The mother had hoped that one of her twins would sit in the car seat next to her while she held the other baby.

The flight, however, was packed, so there were no open seats to put the baby carrier in and so the woman was told she had to leave.

Surprisingly, a stranger came to the woman’s rescue, as Mackenzie noted: “A mother sitting in front of me, with permission from the other mother, volunteered to hold one of her babies for the entire flight. Keep in mind this was a flight that was supposed to be a quick 45 minutes. We ended up sitting on the tarmac for 2 1/2 hours! Without a complaint, this woman fed the other woman’s baby, burped him.”

This kind stranger saved the day — even though she had her own child with her, seated next to her. 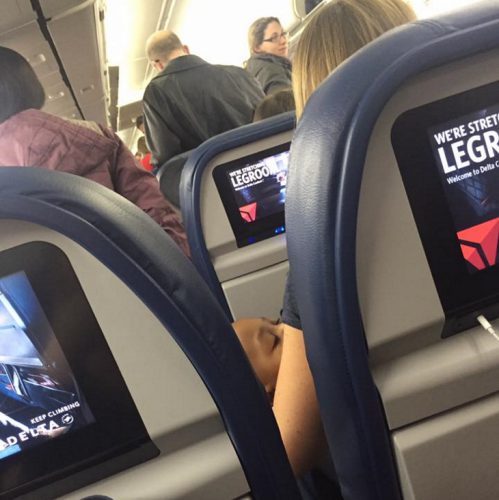 Mackenzie shared: “Her own daughter started crying. This mom, so calmly, went on to explain to her young daughter that ‘our job is to help other people. This mom is all by herself with no help, and really needs another mom to help.’ She then went on to hold him, sing him songs, and then he slept the entire flight without even a cry.”

Amazing! Stories of people helping others in need are truly heartwarming, but in this particular case, this fellow mom went above and beyond. It does, indeed, take a village sometimes.

Among the comments the story received on social media was one person who noted: “Great that the other mom helped! We should all be ready to do so… I am only wondering, and don’t know all the details, but to my understanding, when one chooses to put babies in a car seat in a flight, one must pay for their seats… assuming this mom had to pay for the seats, why did they not let her use them?”

Another commenter shared a similar story, writing: “On an 11 hr flight years ago with 3 sons, aged 8, 6 and 1, my 1 year old started crying and wouldn’t stop… turns out poor baby had an ear infection. An angel came up to me and told me she would hold him for a while.. .to give me a chance to go to the bathroom or just have a breather… will never forget that act of kindness… nice when that happens.”