Mom Pleads With Doctors To Save Her Newborn Babies, Doctors Look At Them And Reject Her Request : AWM

Mom Pleads With Doctors To Save Her Newborn Babies, Doctors Look At Them And Reject Her Request 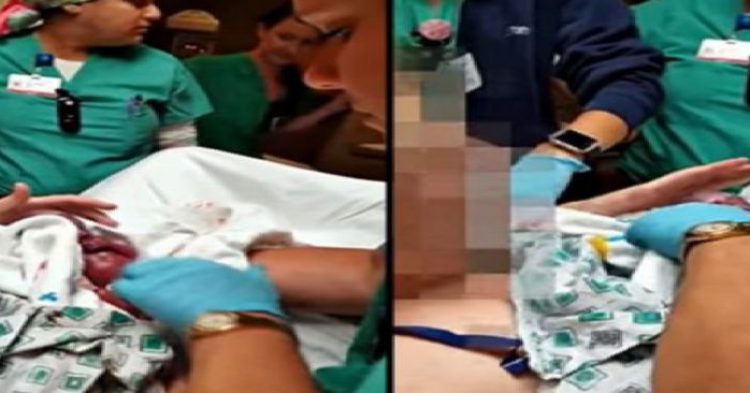 In Columbus, Ohio, doctors violated the Hippocratic oath when they refused to help two premature newborn twin boys. Instead of giving the little ones life-giving support, hospital staff reportedly crossed their arms, stood back, and allowed the newborns to die. The reason that the hospital did not bother working to save the two boys’ lives was that they classified them as stillbirths.

The two boys were born alive very early in the pregnancy. They had been with mom for only 22 weeks and 5 days when she started to go into premature labor. The twins were born to the Christian-inspired Riverside Methodist Hospital in Columbus, where they met no support from the trained doctors and nurses in the delivery room. Instead, the medical professionals deemed the babies stillborns and refused to touch them or try to intervene in any way. 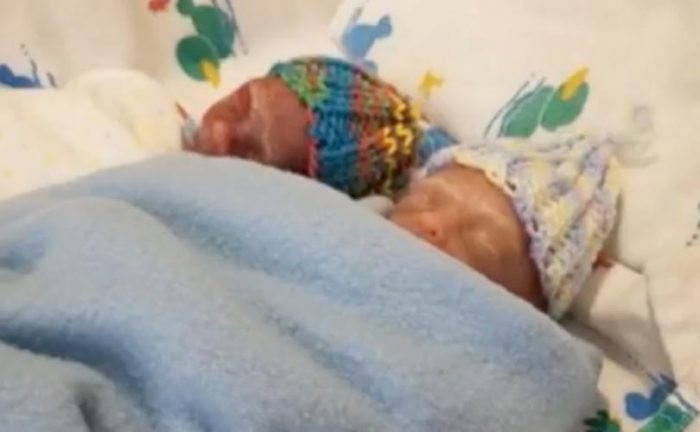 While hospital staff watch, the first baby boy born, whose name was Emery, survived for 45 minutes. During this time, the doctors in Columbus could have helped him live. If they had hooked him up to their sophisticated machines and done their best to make it happen. His younger brother, Elliot, survived for 150 minutes. Elliot had been crying while doctors ignored him and let him die while under their watch.

While doctors refused to help, their mother, Amanda, begged with the professionals to save her baby boys. She pleaded with them, yet they stood there like statues refusing to touch the “stillborn” babies despite the fact that their hearts were beating, they were breathing, and one of them was crying.

Video footage captured just after the birth of the twin boys shows how the doctors at Riverside Methodist Hospital in Columbus allowed the premature baby boys to die instead of administering potentially life-saving techniques.

What is most heartbreaking his how Amanda is begging doctors to do something and save the lives of her boys. 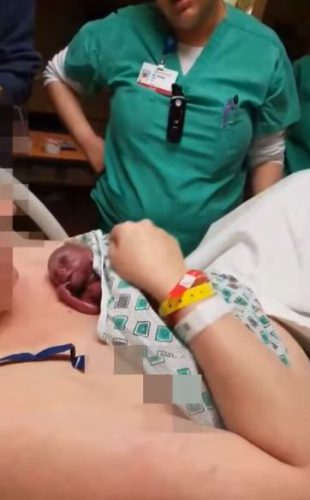 Although promises cannot be made in such a situation, you’d expect doctors to try their best.

Amanda then tries to break through to the doctors with a personal plea: “Look at him! Please save him!”

In the video, Amanda holds her newborn baby boys while doctors do nothing. She speaks to them, trying everything within her limited power to make them pull through and live.

At one point in the video, Amanda holds Elliot and says, “Mommy tried. Mommy tried.”

Despite the fact that her twins were born alive, the hospital discharged Amanda with directions on how to deal with a stillbirth. 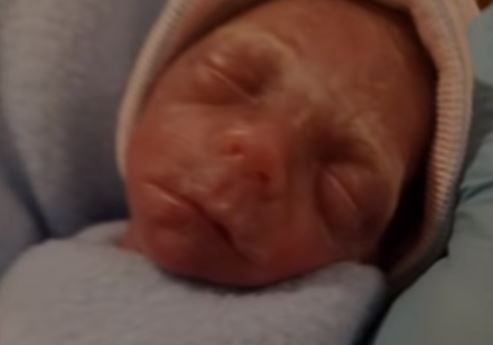 “Emory and Elliot were not stillborn. They were born alive and died at Riverside Methodist Hospital staff denied my pleas for help.”

Because the video and Amanda’s story is so upsetting, an advocacy group released the video after the hospital repeatedly ignored their requests for more information. Instead, the hospital referred to the matter as “closed.”

What do you think about this situation? Should the hospital face legal action?