Mom Shares How She Gets A “Secret” Discount At Walmart

Walmart is already known for being a great place to shop if you’re looking to save a few pennies. Not only does the retailer promise consumers that they’re going to find items at good prices, but the store also carries everything from baby diapers to sleepwear. With so many options to shop for at Walmart, people frequent the store looking for deals, but one mom might be onto a secret savers tip after she found out she received a discount when buying toys at her local Walmart.

Kiersti Torok prides herself on being a professional couponer. She also operates a popular TikTok account. Recently, she revealed a money-saving trick that Walmart doesn’t want shoppers to know about. Nevertheless, Torok shared the tip via a TikTok video, which promptly went viral with more than 7.8 million views and upwards of 10,000 comments from people across the globe. 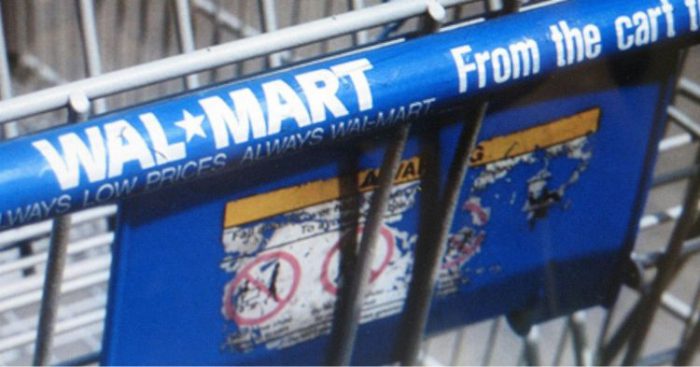 In her TikTok video, the busy mom explained that she managed to purchase about $140 worth of toys for just $20 because of a secret saving tip that Walmart doesn’t want all shoppers to know about – lest they start saving even more every time they shop the store’s shelves.

According to the professional couponer, Walmart marks down their toy section 60 to 70 percent twice a year. However, they don’t advertise this amazing sale because they’re not keen on having everyone know about it. Nevertheless, Torok wanted other people to know how to save even more when shopping for toys at Walmart, so she shared the tip via the popular TikTok video that has since gone viral.

Walmart doesn’t seem to follow a set strategy when it comes to its markdown on toys. Instead, Torok claims that Walmart randomly marks down items across the store and only during certain months of the year.

In addition to getting the cheap Elsa doll, Torok also purchased a four-piece doll set from the Frozen movie. The doll set included Elsa, Anna, Honeymaren, and Ryder and was usually sold for a whopping $40. However, the couponer was able to take home the set of four dolls for just $5, which is a steal if you’re keeping track of how much you’re saving when shopping at Walmart.

Torok also got more steals with Walmart’s Frozen merchandise. She told her fans on TikTok that she purchased a Kristoff doll for just $1.50 and a Queen Anna doll for $3. Those deals are impossible to find unless you know when to shop the toy aisle in Walmart to take advantage of their rare discounts on the toys.

Kiersti Torok’s secret toy discount at Walmart is a great opportunity for shoppers to take advantage of some amazing deals. However, you can only score these fantastic discounts on toys if you know when to shop the store’s shelves and which months are going to have sales in place.

With Christmas just around the corner, it would be wise to keep your eye on Walmart’s toy prices if you’re eager to catch these savings opportunities.

♬ Among Us - Trap Remix - Leonz