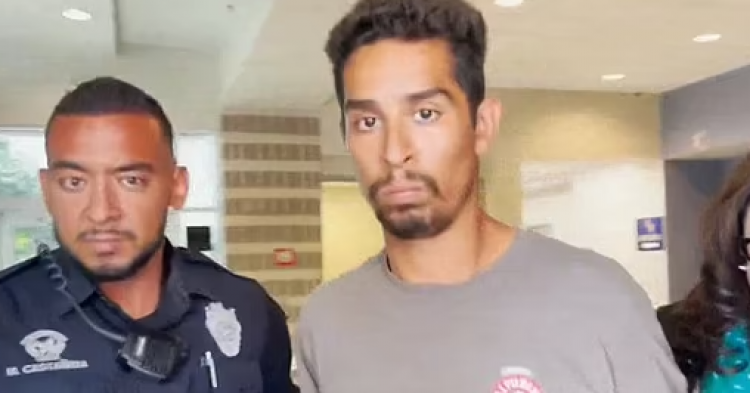 A San Antonio suspected sex criminal had been charged with a brutal rape after he bragged to his mother about breaking into his elderly neighbor’s home and sexually assaulting her in the middle of the night. The victim reported the attack to police and said that she recognized the man who raped her after having first seen him at a neighborhood barbecue only two weeks prior to the date of the assault.

Prior to assaulting the 68-year-old victim, the rapist ordered her to urinate in the toilet because the attacker allegedly enjoyed the tinkling sound. Nevertheless, authorities finally caught up with 29-year-old Gino Anthony Bononcini and arrested him on Friday, weeks after the assault that occurred on April 25, 2022. 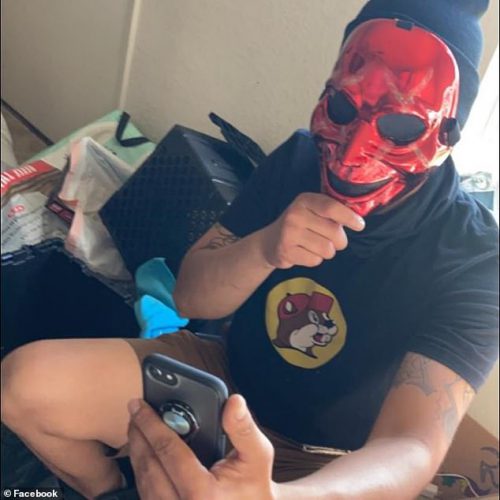 Bexar County Sheriff’s deputies caught up with Bononcini and charged him with breaking into the old woman’s home in order to commit a sex crime. However, the police might never have found the suspect if it wasn’t for his own mother reporting him. Bononcini’s mother provided a statement to the police that made her son look guilty. 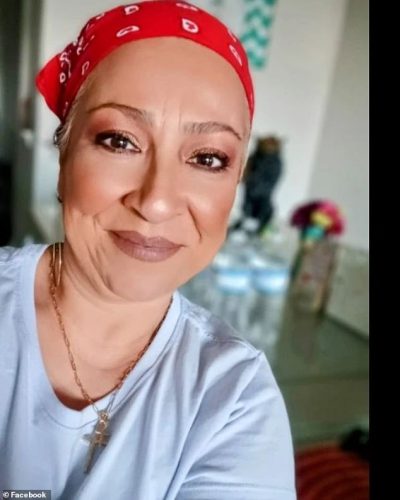 The rapist’s mother, Roxanne Bononcini, (hero pictured above), said that her son bragged about how he broke into the elderly neighbor’s home and “violated” her. He broke into the old woman’s Texas home by climbing through a window at 4 am so he could commit the heinous sex crime.

The old woman had fallen asleep on the couch. When she awoke to use the bathroom, she found the suspect watching her from the hallway. She recognized him as someone who had attended a friend’s barbecue two weeks before the attack. Bononcini ordered the old woman into the bathroom to urinate and then raped her. 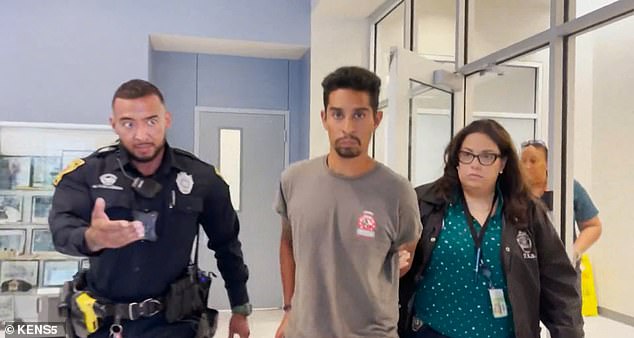 According to police documents, the victim is a Spanish speaker. She called out, “Who’s there?” in Spanish when she noticed the man in the hallway.

Realizing that she was in danger, she cried, “Don’t kill me!”

The suspect raised his finger to his lips and told her to “Shut up.” He then told her to urinate in the toilet so he could listen to the sound. After she finished doing her business, Bononcini allegedly led his victim to her bedroom, where he raped her.

On Facebook, Bononcini lists himself as a native of San Antonio, Texas, and works in the vicinity of children at the Methodist Children’s Hospital. 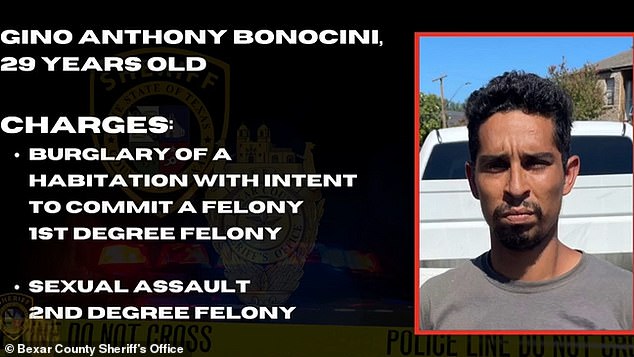 Days before the attack, Bononcini posted about tantric sex on Facebook, talking about its benefits.

Until he confessed to raping the elderly woman, his mother had been his biggest supporter. There are numerous examples of Facebook activities that show her showering her son with love.

Sheriff Salazar said at a press conference: “The DNA sampling that we got came to us, and it’s basically one in 69 sextillion chances that this could be the suspect…. The way that it was perpetrated… he seemed very, very comfortable.”

Bononcini was charged with burglary of a habitation with intent to commit a felony in the first-degree and the second-degree felony of sexual assault.