Mom Uploaded Photo To Show Off Her Organized Fridge, But Everyone Is Noticing Something Else 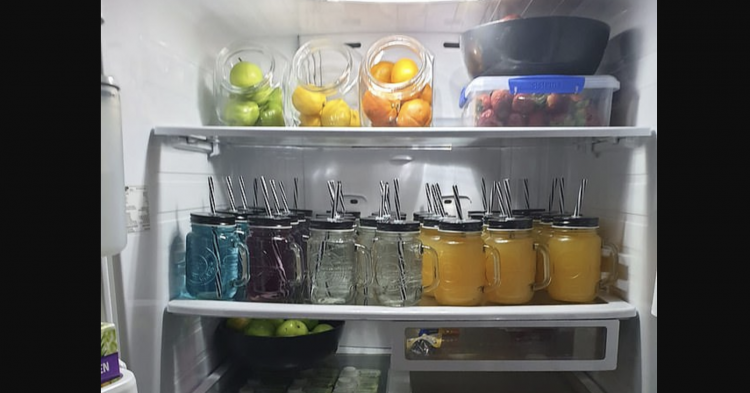 One mom decided to take a snap of her fridge because she was so proud of how organized it was. Although the Australian mom, Caterina, was glad to share her tips to organize her fridge on Facebook, she soon received mixed replies. Some people applauded her organizing efforts, while others were shocked by one thing they noticed. Nevertheless, Caterina was eager to show how she used cheap products to organizer her fridge and suggest ways that others could do it.

“What’s not to love about these $1 glasses from Kmart,” Caterina wrote. Because Australia has the opposite summer and winter schedule as happens in the United States, she was eager to show off her “summer fridge,” which is filled with juices and fruits that her kids absolutely love. 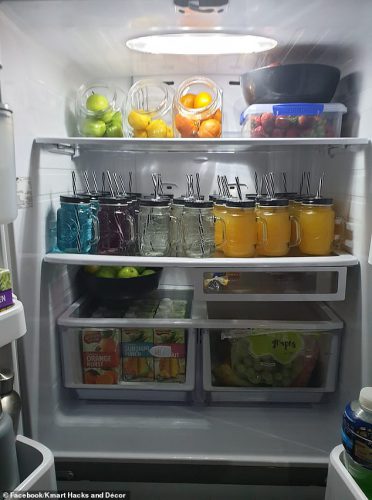 Many people responded to the healthy options filling the fridge. However, some people noticed an alarming thing that all the cheap K-mart glasses did. The second shelf has a notable sag to it, implying that the fridge could break apart at any moment if Caterina fills it up too much.

“I don’t know if it’s just my eyes, but the shelf with all the glasses looks like it’s bowing,” one person posted. “Besides that, I love it. So clean, so organized, and so healthy.”

While most people agreed that she did a great job organizing her fridge, it was not very practical because of all the heavy glass, forcing the second shelf to nearly collapse. Some even suggested that the Aussie mom “reinforce” the shelf to ensure it does not break and injure the children.

“It’s definitely not your eyes. I can see (the sagging shelf) too,” one woman wrote.

Because of all the comments, Caterina took a trip to her fridge and checked the shelf. She then reported back that it was fine and that it was not at risk of snapping from the weight placed upon it.

Besides the sagging shelf, other people commented about how Caterina had so many “sugary drinks” ready to go for her children.

“Juice is so bad for kids,” one person posted.

“You drink a lot of juice!” another notice.

“Have you thought about buying a juicer? Tons less sugar. Fructose yes, but refined no.”

Despite all of these complaints, many people jumped on the Caterina bandwagon and applauded her “perfectly” organized fridge. Some even said that what she did was worthy of “organization goals.”

“I never thought I would envy drudge organization, but that is stunning,” one mom said.

“I admire people that are this organized,’ another fan wrote.

In an update, Caterina assured her numerous fans that her family does not just drink the juice. She has a separate fridge for the meat and other food items. This large fridge is reserved for drinks and juices and makes it easy for her kids to satisfy their thirst – especially while mom is busy during the summer months.

What do you think about Caterina’s fridge? Would this organization method work for you, or do you have complaints about it as well?