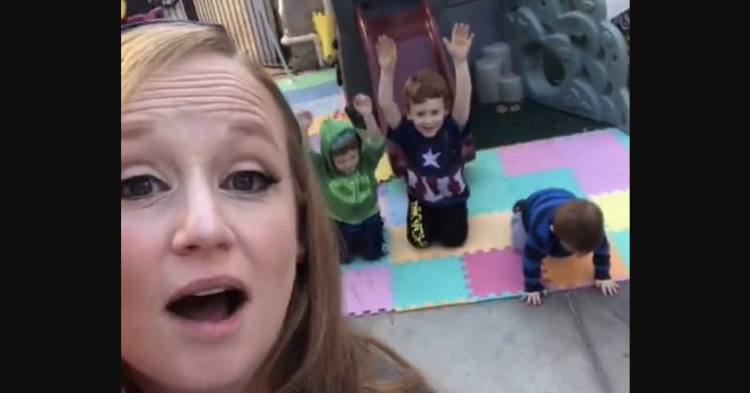 A white mom has come under attack for uploading a TikTok video depicting her three sons kneeling and praying as they lip-sync the lyrics “All hail Black women.” The video divided people, and some people have accused the white mom of using the Black Lives Matter movement to gain internet “clout” and to appear like she is on the right side of history.

The short video clip uploaded to the Chinese-created TikTok social media platform by user TeenyChamp shows mom holding one of her children as she states: “Black women are the reason Donald Trump is no longer going to be our president.” 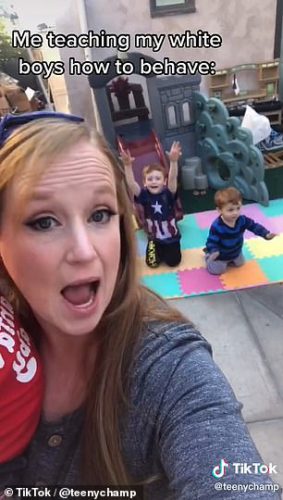 The mom then turns the camera, so it shows the three boys on their knees in the playground. The video then comes to an end as a mom has her three sons lip-sync to the audio track, “All hail Black women” as her boys bow on the mat behind her.

“Me teaching my white boys how to behave,” she captioned the footage, adding: “They are marching around chanting ‘all hail black women’ after this took five takes.”

Since the clip was uploaded to TikTok, it has amassed more than 13.3 million views at the time of this writing. The clip was first posted on December 30, 2020, before the electoral college votes were counted after the pro-Trump march on the Capitol on January 6, 2021.

Viewers expressed their relief that the white mom did not publish a racist video because they were afraid the video was headed in “another” direction at the beginning. But this does not mean that everyone is happy with mom for teaching her white sons to respect Black women. 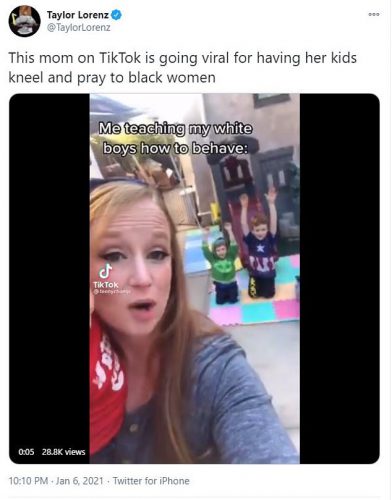 “I’m a woman of color, and agreed. But it’s annoying when people make these videos just for clout and not because they genuinely agreed.”

“Those kids are going to grow up to be good kids.”

“You are so awesome. We (Black women) are often overlooked, so I appreciate you. I’m on the right side of TikTok! Thank you!”

Mom decided to upload a follow-up video to clarify a few things. 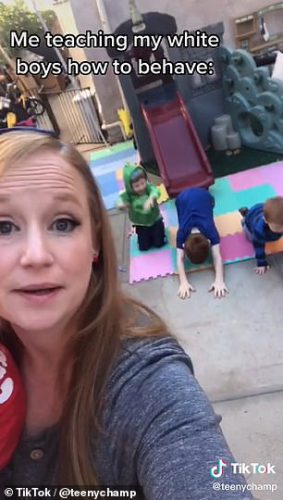 “I know the type you’re talking about, so I’m not upset or anything, but I just wanted to clarify that that’s not why I made this video,” she said. “If you want to go onto my page and see some of my content, you can see some of the things I regularly do, the actions that I take to help the communities that are marginalized in the United States.”

New York Times style reporter Taylor Lorenz shared the woman’s video on Twitter this week, writing: “This mom on TikTok is going viral for having her kids kneel and pray to black women.”

On Twitter, people were more critical of the white mom.

“If we run out of clout to mine here on earth, we’ll have to mine clout from asteroids,” one person responded.

“Is she right? Yes,” another tweeted. “Does she get to become famous for it? No.”

What do you think about this mom’s video?