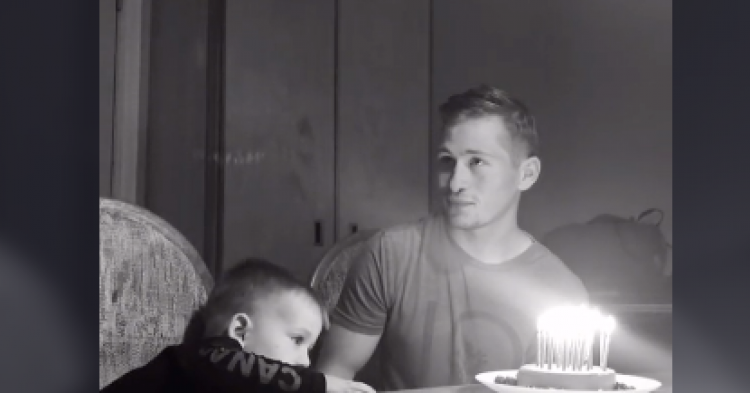 Caitlin Fladager does not hesitate to share her personal life with her followers on the Chinese-created social media app TikTok. However, fans of the mom were devastated to learn that her marriage was on the rocks. She had spoken about how she and her husband were contemplating divorce simply because things weren’t working out as well as they had hoped; there was fighting, arguments, and plenty of discontentment to go around, all of which became even more heightened because of the added pressures placed onto the family during the COVID-19 pandemic.

However, Fladager accidentally managed to capture the exact moment that “saved her marriage” from a devastating divorce. That clip has since gone viral thousands of times over on the Chinese platform earning it more than 29.9 million views and thousands of comments from viewers across the globe. 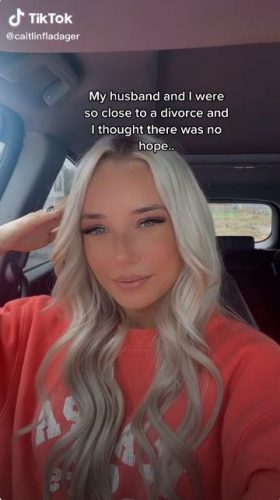 “My husband and I were so close to a divorce, and I thought there was no hope… Until I saw this video I had taken of us,” Caitlin explains in the video.

In the video clip, Fladager and her husband are gathered with their child. The little one is only a baby but is standing in front of a birthday cake. In the clip, the small family is gathered around documenting the precious moment. That’s when Fladager’s husband does the one thing that lets her know that her marriage is not over after all.

Without Fladager even noticing at the time, her husband flashes her a glance that speaks to just how much he loves her. His eyes tell a story about his undying love for the woman he married, who also happens to be the mother of his child. The pair clearly still have a lot of love for one another, which was evident in the clip that she captured and then shared on her TikTok account. 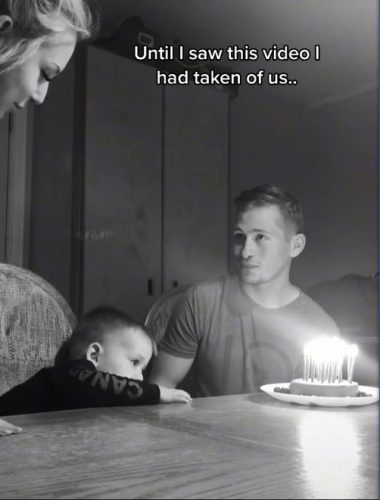 Comments streamed in by the thousands. The following are some thoughts shared by people from all over the entire planet.

“Wow, no words needed!” wrote Melly. “No wonder you’re still together. Every woman deserves to be looked at like that. Congrats!”

“This is precious,” wrote Natalie Fiddler. “Good for you guys for never giving up!”

“I feel like such a stalker, but I can’t stop watching this,” wrote one fan.

“I’m currently at a stage where we either work it out or walk away. Life is hard, but you give me hope. Thank you.”

Although there was certainly a lot of love for the video, there were some people who couldn’t help knocking everyone down a peg or two.

“That’s it? An expressionless look on his face as he looks at you? We look at anything like that.”

“So, in short, YOU were going to end the marriage until you noticed that he still loved you?”

What do you think about her husband’s look in the video clip? Does it give you hope for their marriage?

I could see the love for me all over his face. I captured the exact moment I knew we could save our marriage. ##fy ##marriedlife ##hardwork ##repost ##love