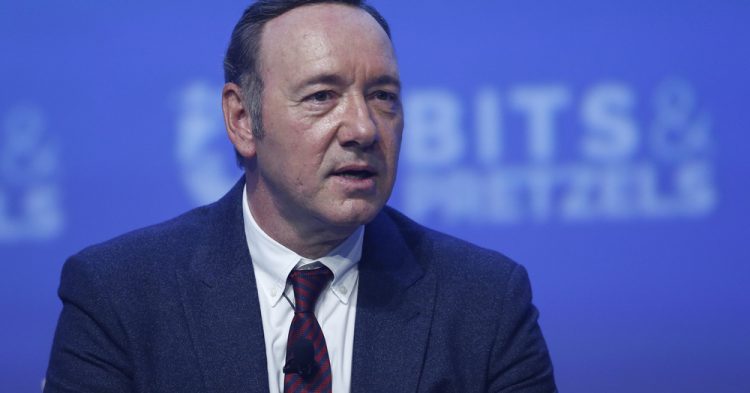 As celebrities and Hollywood actors were exposed as sexual assailants during the rise of the #MeToo movement, Kevin Spacey found himself among the group. However, the allegations against Spacey were different than most in that he was accused of raping underage victims. On Wednesday, alleged victim Anthony Rapp and an unnamed person filed a lawsuit against Kevin Space on assault and battery charges stemming from an incident in the 1980s when the victims were under the age of eighteen.

Rapp claimed that Spacey climbed on top of him and tried to sexually assault him. The Star Trek actor claimed that Spacey committed the crime in 1986 while he was just fourteen years old. Rapp made the allegations during a 2017 Buzzfeed interview. The second accuser was not named.

In addition to the first incident described, Rapp also said that he and Spacey had intercourse and engaged in a sex act during the 1980s. Rapp would still have been a very young victim at the time. Rapp also claimed that Spacey tried to sodomize him once while he was trying to leave his apartment.

After the allegations were made against Kevin Spacey, he retreated from public view. Although news outlets wanted to reach Kevin Spacey for comment after the lawsuit was filed against him, he was not available to comment on the issue.

In the Buzzfeed interview, Rapp claimed that he attended a party at Spacey’s home in the 1980s. During the party, Spacey got Rapp into his bedroom, where he lifted the child up by his buttocks and placed him on the bed. Rapp said that Spacey then leaned over him in an intimidating fashion. Rapp was fourteen at the time, and Spacey was twenty-six.

“My stomach churns. I still, to this day, can’t wrap my head around so many aspects of it. It’s just deeply confusing to me,” he said at the time.

When Spacey responded to Rapp’s claims, he said he had no memory of the event.

“If I did behave then as he describes, I owe him the sincerest apology for what would have been deeply inappropriate drunken behavior,” he said. “This story has encouraged me to address other things about my life. I know that there are other stories out there about me and that some have been fueled by the fact that I have been so protective of my privacy. I now choose to live as a gay man.”

However, another victim came forward last summer. This young man claimed that Spacey sexually assaulted him during a visit to a restaurant in Nantucket in 2016.

Rapp feels empowered that he has come forward against Spacey after holding the information secret for so many years.

“And not to simply air a grievance,” Rapp said, “but to try to shine another light on the decades of behavior that have been allowed to continue because many people, including myself, being silent. … I’m feeling really awake to the moment that we’re living in, and I’m hopeful that this can make a difference.”