More And More People Are Injecting Themselves With Blood From A Teenager To Try To Stay Young : AWM 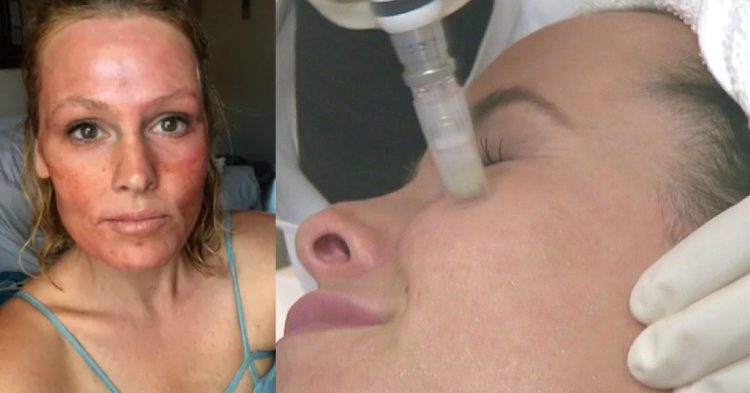 Aging women who are rich are turning to a controversial new beauty treatment to make themselves appear younger. They’re hiring doctors to inject them with the blood of teenagers in the hopes that the infusion of blood will help revere the appearance of aging. While this process is far from proven to be effective, it sounds like something that should bring unlimited youthfulness to aging women – but it comes at quite the price.

Dr. Jesse Karmazin is the person behind the vampiric trend. The doctor claims that when older women get a transfusion of “younger blood,” they engage in a healing process that helps the body – and the skin – appear years, if not entire decades, younger than they did before the blood transfusion. All Dr. Karmazin needs are participants willing to inject themselves with the blood of teenagers – and the teens who are willing to give away their blood.

Patients over the age of thirty-five are welcomed into Dr. Karmazin’s office. If they can write the good doctor a check for $8,000, they can qualify for a 0.66-gallon transfusion of blood from a teenager. While the blood does not necessarily come from donors who are in their teenage years – the donor has to be between the age of sixteen and twenty-five.

The clinical trial that Dr. Karmazin has operating is advertised under the name Ambrosia. And there are a lot of older women clamoring to be among the first to have teenage blood injected into their face and veins.

According to Inverse.com, “What Ambrosia’s clientele is getting from teens is blood plasma — that light yellow fluid component of blood that facilitates the movement of cells and the other elements of blood throughout the circulatory system. Plasma, it seems, has become the key to unlocking our youthful glow.”

Rich people from around the world have joined Dr. Karmazin’s trial. However, there have not bee any results published yet. Therefore, there is no proof that this process works to make a person appear more youthful. However, Dr. Karmazin is making sure to rake in as many “trail subjects” as possible before publishing the results, which will probably be very disappointing.

Nevertheless, a lot of celebrities have jumped at the chance to look younger. Kim Kardashian and Gisele Bundchen are among those who have had “blood facials” or “vampire facials” so they could appear younger. During these treatments, the participants use their own blood to combat wrinkles. It’s not the same as the bizarre method that Dr. Karmazin has proposed.

In the video report below, you’ll see how Dr. Karmazin explains the benefits of infusing “young blood” into your veins to appear more youthful. While the act itself might seem like something out of a horror movie – or a twisted future predicted by the weirdest minds in science fiction – this doctor really wants you to write an $8,000 check to undergo the controversial treatment.

Many people who have watched the video report cannot hold back their distaste for the treatment. Some people have said that this seems to be Satan’s work in real life.

What do you think about infusing older women with teenage blood so they can look younger? Would you try it?