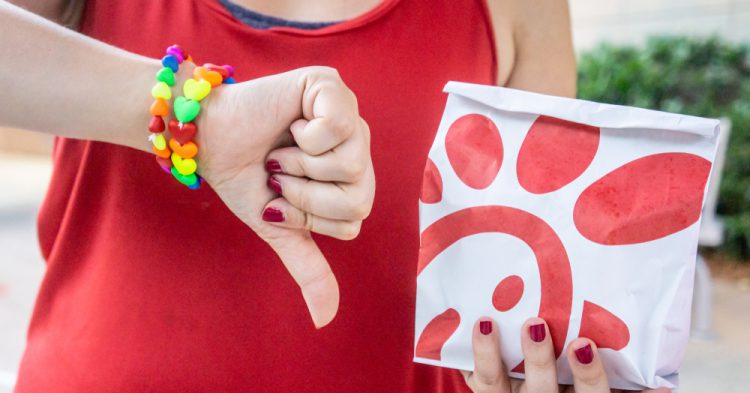 Fast-food chicken joint Chick-fil-A may be known for more than their chicken – and Christian values – after you see how much food they waste every day. One disgruntled employee at the chicken restaurant recorded a video for the Chinese-created TikTok app to show people how wasteful his restaurant is every single day at closing time. In the video, the employee dumps a massive tray of perfectly good chicken into the garbage rather than donating the food to the homeless or families who are going hungry.

“What they do every night with the chicken nuggets at Chick-fil-A,” wrote the anonymous employee. 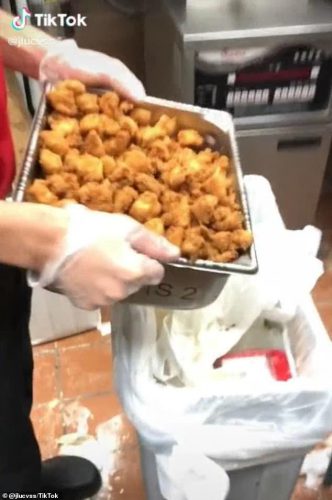 The store employee has not come forward with his identity because it could cost him his job at Chick-fil-A. Nevertheless, he is dressed in a Chick-fil-A uniform as he shows how he is ordered to dump out every last chicken nugget at the end of the day rather than giving the food to people who are starving.

The video immediately went viral, and people were furious with Chick-fil-A for being so wasteful with their leftover food. 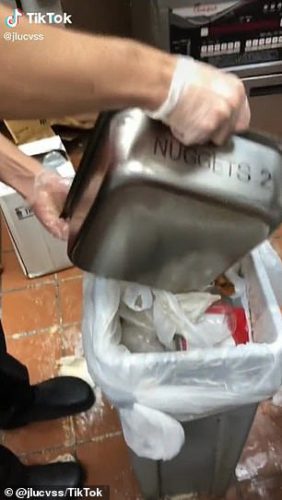 TikTok users have viewed the clip more than 7.8 million times. There has also been a slew of comments – many of them complaining about how wasteful the chicken shop is being by dumping out perfectly good cooked food.

“The amount of food we throw away and the amount of starving people there are just doesn’t sit right with me,” one person wrote. “It’s sad.” 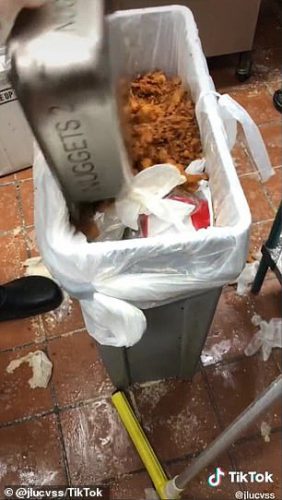 “Can confirm,” an employee commented. “We used to throw out SO much chicken…”

“Give them out for free, wtf,” someone wrote.

One person asked, “Why not give it to the homeless.” 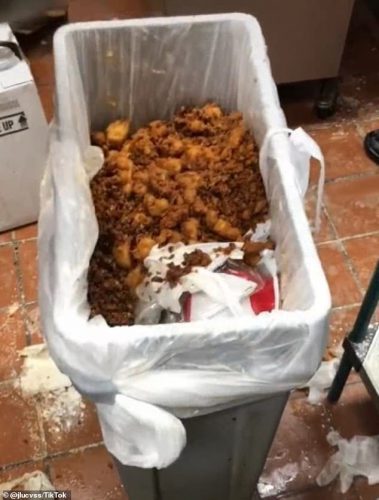 “Give them out for free. What the hell.”

“Jesus would not approve,” wrote one person.

“They think God is okay with this?”

“Wait, I thought that at the end of the shift, the employees get to take the leftovers home.”

“They should just let the employees take it home,” one person suggested. 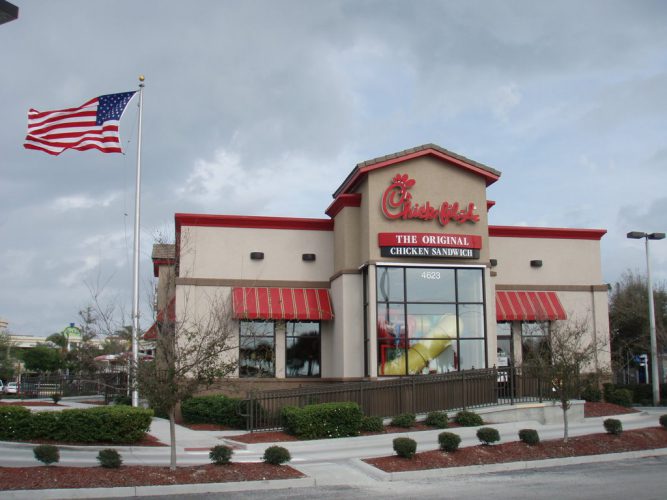 Some people argued that Chick-fil-A had no choice but to dump out the food because it was unsanitary to give it away.

“Chicken that sits too long cannot be given out to the homeless hours later. It will get them sick. It’s not a doughnut.”

“It is illegal to give food to the homeless in foodservice. Any food leftover goes to the employees or the trash.”

“I just got my food handlers test. They’re doing it right.”

“I used to work at a café, and we would get written up if we took the food home and didn’t throw it out. They were stingy as ****, which is why I quit.”

One person felt that this probably wasn’t the case since Chick-fil-A is a busy restaurant that has to cook the fresh chicken all the time.

“All of you are saying it goes bad. It was made shortly before closing. You guys think they make them in the morning and just keep them hot?”

Another Chick-fil-A employee “confirmed” that the fast-food restaurant is very wasteful at the end of every day.

“Can confirm,” the former employee wrote. “We used to throw out so much chicken.”