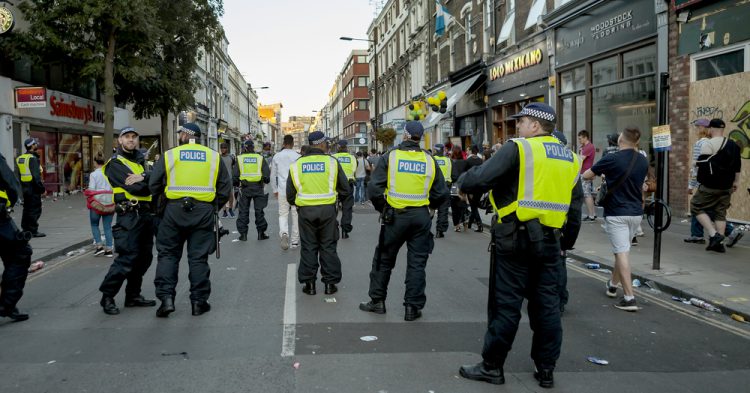 When Massachusetts’s Republican Governor Charlie Baker instituted a vaccine mandate, State Troopers were furious. Now, the State Police Association of Massachusetts has filed a lawsuit against the Republican in a bid to delay the vaccine mandate, which was put in place to protect lives and keep police officers safe while they are on duty. Governor Baker’s mandate requires state workers, including Massachusetts State Troopers, to receive the COVID-19 vaccination by October 17, 2021, or face termination from their jobs.

Although the union, which represents 1,800 officers, attempted to block Baker’s vaccine mandate, they were powerless against the Republican leader because their lawsuit was immediately thrown out by the Massachusetts Supreme Court. Nevertheless, many state troopers are not happy with the mandate and could turn their backs on their vow to protect and serve their community.

“Many of these troopers are going to be returning to their previous municipal police departments within the state that allow for regular testing and masks,” SPAM president Michael Cherven said. “To date, dozens of troopers have already submitted their resignation paperwork.”

Cherven added: “Throughout COVID, we have been on the front lines protecting the citizens of Massachusetts and beyond. Simply put, all we are asking for are the same basic accommodations that countless other departments have provided to their first responders and to treat a COVID-related illness as a line of duty injury.”

Judge Jackie Cowin of the Massachusetts Supreme Court was the one who shut down the union’s lawsuit.

“Specifically, the public interest is, unquestionably, best served by stopping the spread of the virus, in order to protect people from becoming ill, ensure adequate supply of medical services, and curtail the emergence of new, deadlier variants of the virus” Judge Cowin told the Daily Wire.

He added, “The public interest is best served by ensuring that all persons are vaccinated, both to prevent the spread of this virus and because vaccines generally protect against disease… Although Plaintiffs have asserted various interests in their opposition to the COVID-19 vaccination mandate, none are sufficient to outweigh these compelling state interests.”

SPAM’s Cherven responded, “We are disappointed in the judge’s ruling; however, we respect her decision. It is unfortunate that the Governor and his team have chosen to mandate one of the most stringent vaccine mandates in the country with no reasonable alternatives.”

Meanwhile, Governor Baker stands behind his vaccine mandate as well as those who are seeking an alternative.

“I want people who are face to face with public folks who work for the commonwealth to be comfortable in knowing that those folks are vaccinated,” the Republican governor said, according to Boston.com. “They’re face to face with people they don’t know, so I happen to think it’s important for them to be vaccinated so that they can be safe.”

The Boston Herald reported that about twenty percent of police officers in Massachusetts are still unvaccinated, which puts officers and those they serve at risk of contracting the life-threatening coronavirus.

“The State Police are already critically short-staffed and acknowledge this by the unprecedented moves to take officers from specialty units that investigate homicide’s, terrorism, computer crimes, arsons, and human trafficking, to name just a few,” Cherven said.