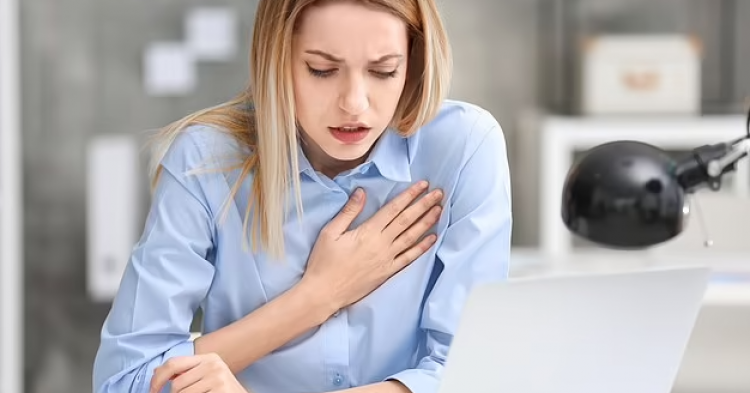 Doctors have identified a new condition that puts everyone under the age of forty at risk of sudden death. The condition is called “Sudden Adult Death Syndrome” and can result in a person’s immediate termination. Death. Gone. No more. Now, doctors are urging everyone under the age of forty to book a visit with their doctor or local minute clinic to get their heart checked before it is too late.

Don’t think that good exercise, diet, and rest will save you from Sudden Adult Death Syndrome. Results from the findings show that the condition affects all people regardless of the lifestyle they keep.

The Royal Australian College of General Practitioners refers to Sudden Adult Death Syndrome or SADS as an “umbrella term to describe unexpected deaths in young people.”

In other words, coroners and doctors use the term when they cannot find any cause of death.

Many people feel that this answer is not good enough. That’s why the SADS Foundation, based in the United States, has shared a report claiming that SADS has affected children and young adults as well as teens. The foundation determined that 4,000 deaths annually can be attributed to Sudden Adult Death Syndrome.

Some people are at higher risk of dying from Sudden Adult Death Syndrome than their peers. If a family member has ever been diagnosed with SADS or has died suddenly and unexpectedly, that’s one sign that a person is at risk. Another known risk is when someone faints or has a seizure when startled or excited.

One recent victim of SADS was Catherine Keane, 31, who died in the middle of the night while living the life of her dreams with two friends in Dublin, Ireland.

Her mother, Margherita Cummins, spoke to the Irish Mirror about the horror of losing her daughter to SADS.

“They were all working from home, so no one really paid attention when Catherine didn’t come down for breakfast. They sent her a text at 11.20 am, and when she didn’t reply, they checked her room and found she had passed. Her friend heard a noise in her room at 3.56 am and believes now that is when she died.”

Margherita insisted that her daughter “went to the gym and walked 10,000 steps every day.”

The distraught mother added, “I take some comfort in that she went in her sleep and knew no pain, and I’m grateful for that. I always worried about the kids driving in the car but never saw this coming. I never thought I’d ever lose a child in my life.”

More research is going into ASDS. In Australia, Melbourne’s Baker Heart and Diabetes Institute will be launching a program to look at the phenomenon by creating the country’s first SADS register.

“There are approximately 750 cases per year of people aged under 50 in Victoria suddenly having their heart stop (cardiac arrest),” a spokesperson said. “Of these, approximately 100 young people per year will have no cause found even after extensive investigations such as a full autopsy (SADS phenomenon).”