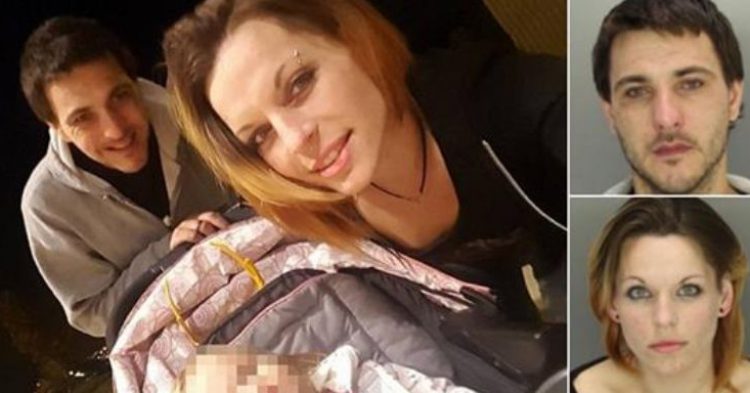 In the fairy tales of yesteryear, it often seems that stepmothers are some of the evilest characters. Think about Cinderella, Sleeping Beauty, and other tales that you loved as a kid. While this was surely a sexist sentiment, this story from Quarryville, Pennsylvania acts as an example of it. The stepmother from Lancaster County has been arrested after being accused of burning and cutting her four-year-old stepson.

When police learned about the alleged abuses that this stepmother did to her tiny stepchild – the burning, the lacerations, the bruising, the beating – the cops quickly sprang into action to put her in handcuffs. While the stepmother committed acts of violence, the boy’s father has also been arrested because he was allowing her to do this to his boy.

The violent stepmother, Danielle Duke, who also goes by Danielle Miller, was married to and lived with the boy’s father, Nathan Duke. They were the sole caregivers of the small boy and were expected to care for him and show him a good life. They lived at 783 Lancaster Pike in Quarryville but treated him like trash instead of treating him with love and respect. As a result, both the boy’s biological dad and stepmother face multiple child abuse charges.

A concerned person saw the boy’s condition and alerted the proper authorities. That launched a state police investigation into the child’s situation after the witness told police that “on numerous occasions, spanning approximately three months, she observed Danielle Duke on a daily basis cause (the child) to suffer her verbal, physical, and psychological abuse and Nathan Duke’s failure to stop said abuse.”

It was absolutely horrible. It was unthinkable what this evil stepmother forced the child of her lover and husband to go through. She had vowed to treat the boy as her own, but instead, she treated him like trash, and the boy’s father allowed it to happen for months at a time.

Some of the abuses that the boy endured include the following.

Duke wrapped the boy’s legs in a blanket and then used duct tape to tape it shut. She kept him confined like this for hours, forcing him to retain his waste or release it onto himself.

Duke fed the boy “poop beans,” which were extremely powerful adult laxatives and laughed as they affected his digestive system. She also gave the boy hot sauce torture, pouring the spicy liquid into his mouth.

It was common for the stepmother to force the boy to sit on a toilet and defecate “on command.” If he failed to do it, she forced him to remain seated on the toilet until he was able to “go number two.”

She also hated when the boy had an accident. If he soiled his pull-ups, she forced him to wear the dirty underwear for hours until she felt it was time to change them.

She also locked the boy in a closet with stinky gym mats, barricading him inside with a heavy mattress.