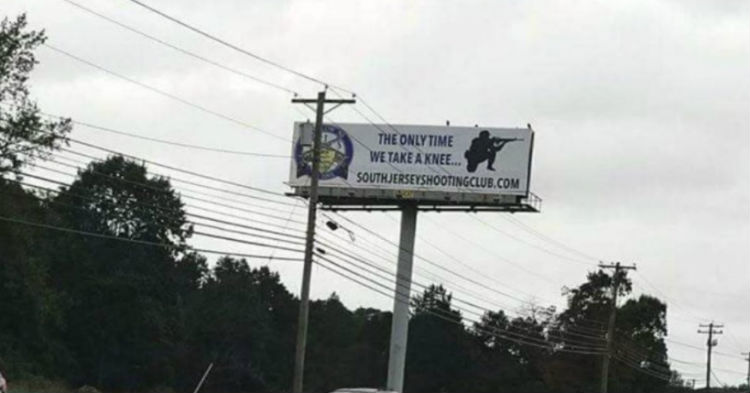 To play off the entire NFL player protest of the national anthem, a gun range owner in southern New Jersey has posted a billboard that reads, “The only time we take a knee.” Along with the words, the billboard shows an image of a person all in black holding a rifle. Because this billboard is subtly mocking NFL players who are taking a knee to raise awareness of police brutality and racial inequality, liberals in the area are offended.

Some have even started calling the gun range video “racist.”

But the gun range owner has come out to say that the sign has nothing to do with race or minorities in the United States. Wesley Aducat, the owner of the South Jersey Shooting Club, said: 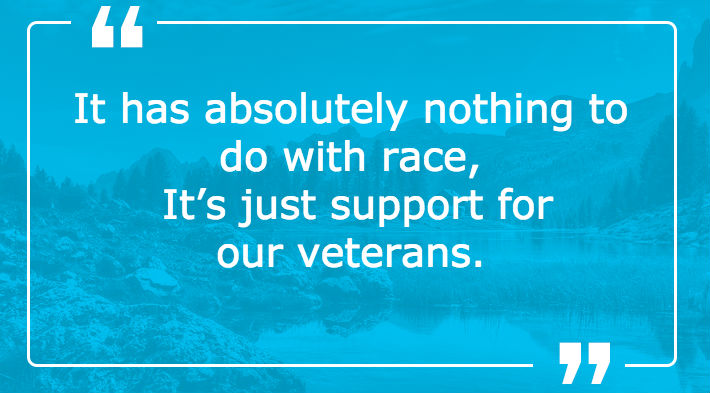 Although the gun range owner attests that his advertisement does not have anything to do with race, locals are still offended.

One person named MoNeke Ragsdale snapped a picture of the billboard and turned to Twitter to “expose” Aducat’s “racist” sign.

“Please call! This billboard on Rt. 73 in Voorhees. Tell them this billboard is racist. Taking a knee is a protest to say NO to police brutality. The women of SJWPC are taking a knee to support black and brown people. Take it down! The manager is Carmen Console: 609-704-9500.”

Although Aducat wishes that every NFL player would stand during the anthem, he supports the players’ right to protest. It says it is their first amendment right to do so. But for the members of his shooting club, many of whom are veterans, Aducat sees firsthand how hurtful and disrespectful the NFL protest is.

But the local chapter of the NAACP says that Aducat fails to grasp the meaning of the kneeling.

Other New Jersey residents are also offended by the sign including a member of the South Jersey Women for Progressive Change.

“We’re living in a very difficult time right now. People are trying to stand up for black and brown people to say, ‘Hey this is not right.’ That sign really is just mocking the idea of taking a knee.”

Where do you stand on this contentious issue? Both sides of the fence have good arguments concerning the protest. But do you stand on the side with the veterans? Do you believe that NFL players should get back on their feet and stand with their hands over their hearts as the anthem plays?