National Reporter Loses Her Job After A Hidden Camera Catches How She Treats Others : AWM 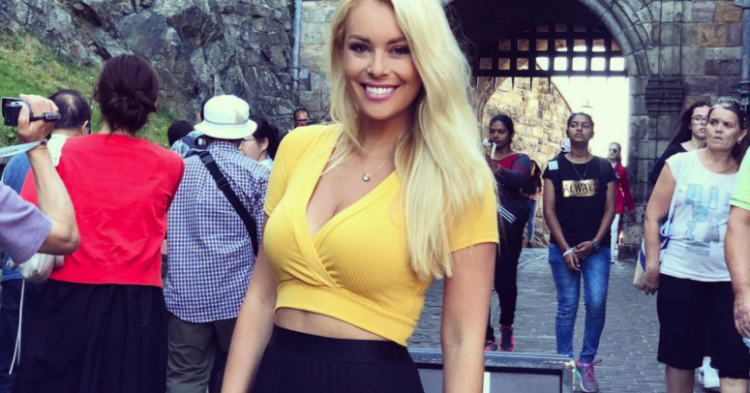 When surveillance footage was posted online, it put the career of a sports reporter with ESPN in jeopardy. The young female reporter, Britt McHenry, was caught on surveillance video, shouting curse words at a woman working for a towing company. Because the video went viral online, ESPN responded and confirmed that they would be punishing McHenry for the verbal abuse she hurled at the innocent towing company employee who was simply doing her job.

The ESPN statement made it clear that they took swift action against McHenry and made her pay for her rude and callous treatment of the towing company employee. The statement said, “Britt McHenry has been suspended for one week effective immediately.”

The video was published on LiveLeak, which is an anarchist website looking to level the playing field when it comes to public consumption of videos. The video went viral as soon as it was published on Thursday because McHenry is a public figure who has quite the following on ESPN.

In the footage, McHenry talks angrily at the counter clerk at the towing company. The employee then points to the surveillance cameras to let McHenry know that she’s being watched, and her behavior is being recorded. But the Washington D.C.-based reporter refused to let that bother her or stop her from steamrolling the worker who was just doing her job.

McHenry then blasted the worker saying, “I’m in the news, sweetheart. I will f***ing sue this place.” But she didn’t stop with that. She also told the women behind the counter, “That’s why I have a degree, and you don’t.”

Other insults that she hurled at the towing company worker included, but were not limited to, “I wouldn’t work for a scumbag place like this. Makes my skin crawl even being here.” And “Do you feel good about your job? So, I could be a college dropout and do the same thing?” and “Maybe if I was missing some teeth, they would hire me, huh?”

The clerk then lashes back at McHenry, telling her that her hair looks messy and could use a touch-up. That’s when the ESPN reporter shouts back, “Cause I’m on television, and you’re in a f***ing trailer, honey.”

When the video went viral and was featured on Deadspin on Thursday, it only took McHenry a few hours to try to do damage control. But her apology came too late as ESPN was already turning its wheels to figure out how to punish her for her rude and aggressive behavior.

“In an intense and stressful moment, I allowed my emotions to get the best of me and said some insulting and regrettable things. As frustrated as I was, I should always choose to be respectful and take the high road. I am so sorry for my actions and will learn from this mistake.”

The counter clerk was Gina Michelle. She said that McHenry’s car was towed after she left it in a parking lot of a Chinese restaurant for too long. McHenry maintained that she dined at the restaurant and should not have been towed.