Nervous Groom Stares At His Bride Down The Aisle. Loses It When She Lifts Her Arms 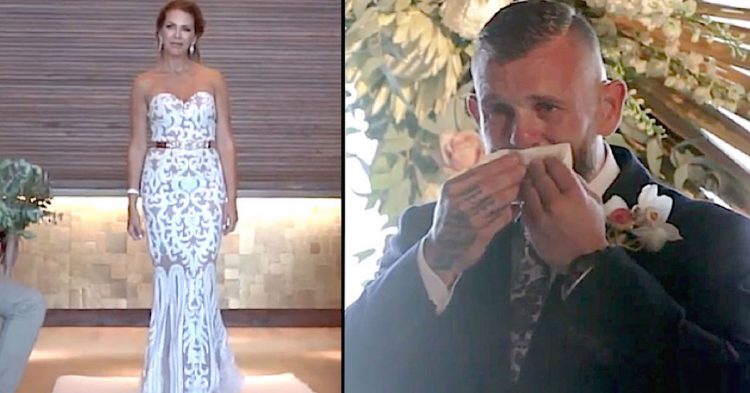 There are many ways to make a wedding day more special, but one bride gave her husband-to-be the most meaningful heartfelt gift on their big day. Needless to say, she left her new husband in tears. Elizabeth and Scott got married on January 2018 in Sydney, but before they exchanged their vows, the bride had a beautiful surprise.

As she stood at the end of the aisle from Scott, the Christina Perri song “A Thousand Years” began to play. What she did next was remarkable. 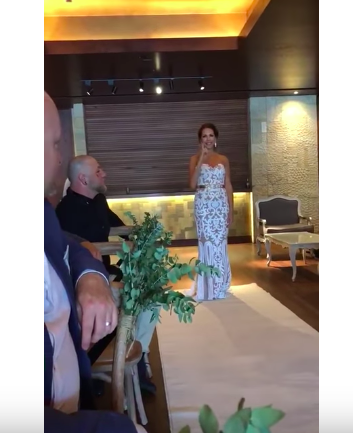 Scott had started to lose his hearing when he was five years old and was deaf by age eight. The couple met on Tinder two years ago and Elizabeth quickly started learning sign language. In the months leading up to their wedding, Elizabeth learned how to sign the lyrics of their favorite song.

Scott was moved to tears. Though they were only married with 45 guests in attendance, hundreds of thousands of people have watched the touching video.

Elizabeth told Daily Mail Australia: “He has never heard the words to a song before so I wanted to translate this for him. It was also the best form of communication, I knew it’d be really special to him.” 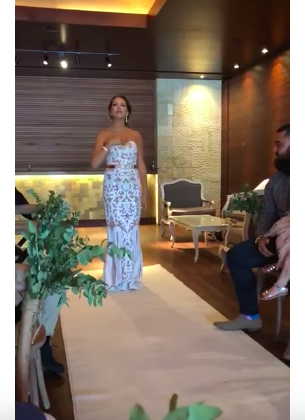 Elizabeth explained why she was moved to learn to sign, saying, “I didn’t know any sign language before we met.” She added, “Before I went in, I was freaking out – not only did I want to get it right but I knew he had friends there who were also deaf, so they would know exactly what I’m saying or not be able to say.”

She continued: “I really wanted to get it right, so there was this extra level of stress walking in.” 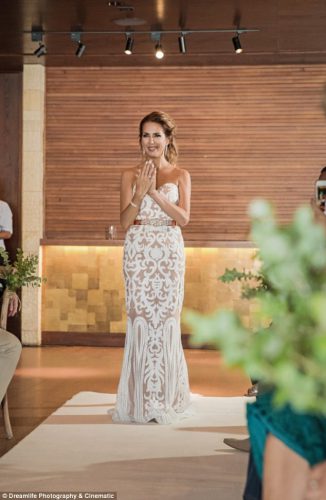 It took her three months of scouring the internet to teach herself Auslan (Australian Sign Language), as she noted: “I only knew the Auslan alphabet when I was seven years old. So I taught myself sign language by using the internet, off apps and videos. Every time I practiced the song, I was getting it wrong.”

On the day of the wedding, however, her signing was total perfection. Her teenage son walked her into the ceremony, which she explained left Scott confused for a moment: “Scott was confused because my son left me at the end of the aisle. But as soon as I locked eyes with Scott, I was signing to him like we were the only ones in the room.” 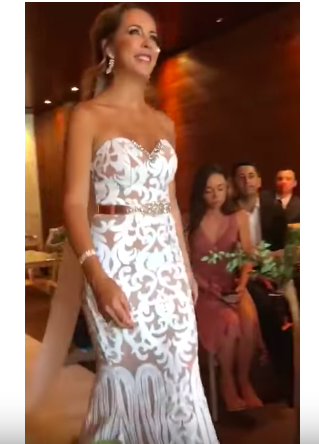 She said of her performance: “I got lucky on the day, I didn’t make any mistakes. Everything just came naturally from my heart, and not my head.”

There wasn’t a dry eye in the place and her new husband was particularly emotional, as Elizabeth shared: “He cried his eyes out the whole time. I’m not a happy crier. If I broke down too, we would have been a bundle of mess. When I walked down the aisle, I gave him a kiss to reassure him everything was okay.” 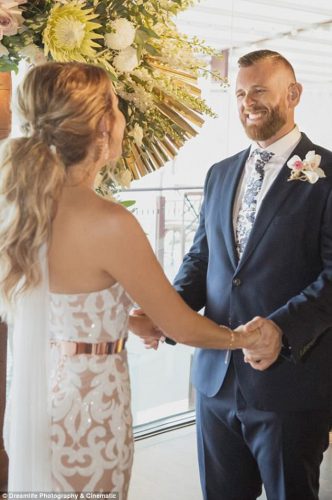 She added, “Apparently the rest of the guests did too, but I was signing to him like no one else was in the room, so I didn’t see.”

She called their wedding “the best day ever.”