New Law Allows Pets To Be Buried Next To Their Owners 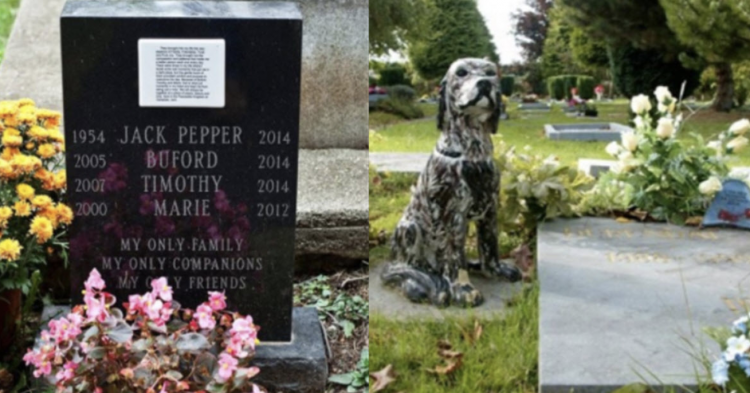 Proud pets can now be buried next to their beloved owners. A new law passed in the state of New York grants people the privilege to bury pets next to their human companions. Many people, including 35-year-old dogwalker, Shakeema Hutcherson, are eager to take advantage of this new law when their end finally comes. Although Hutcherson hopefully has many more years to walk the planet, she knows that she’ll be able to be buried alongside her family, which includes her pooches.

“It’s like having a kid, so it’s like having a kid buried next to you,” Hutcherson told the New York Times. And she believes the new bill signed into law by Governor Andrew Cuomo will make the afterlife a lot easier for her. “I could talk to God. ‘What did I do to deserve this cat?’” 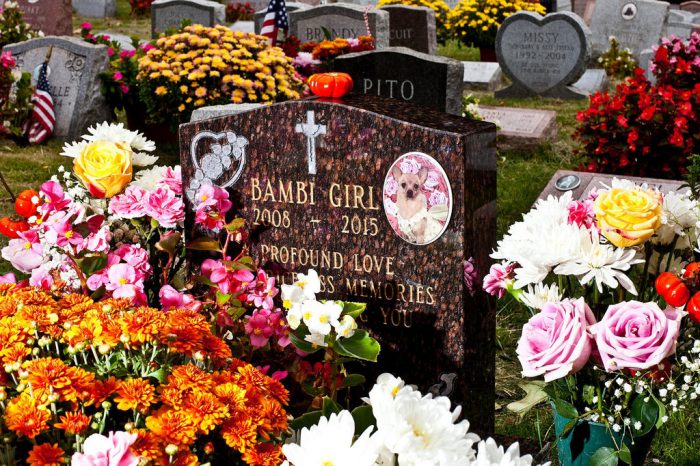 Cremated remains of pets can now be legally buried next to their owners. Religious cemeteries are exempt from this new policy, and cemeteries do not have to accept this. But it does open up people to the opportunity to be buried alongside their four-legged friend.

“Four-legged friends are family for many New Yorkers,” Cuomo said in a statement. “Who are we to stand in the way if someone’s final wish includes spending eternity with them?”

For years, New Yorkers have held onto the ashes of their pets and slipped them into the coffins of their owners. Although this practice is done without the knowledge of many funeral homes, it is something dedicated pet owners have been willing to do despite the potential legal risks. With this new law, pet owners no longer have to smuggle their pet’s remains into the cemetery with them.

Robert Ruggiero, executive director of the Metropolitan Funeral Directors Association, said: “The family would hold on to the ashes, and when Mom passes away, and she wants little Fifi to be buried with her, they were putting the ashes in with her at her death.”

He added, “Now there is no second thought with what we are going to do if Spike is living beyond his master’s days.”

Barbara Daddario, education director for the New York Turtle and Tortoise Society, agrees that this is a great move by Cuomo. She believes that this new law might make people more inclined to adopt a turtle or other pet that lives a lot longer than dogs and cats.

Because these animals live for so many decades, Daddario said that these pets “can go through several generations, in fact. If it’s a multigenerational family plot, it may be a while before the turtle goes in there.”

However, not every pet owner feels that this law was necessary. 35-year-old Angelo Nikolopoulos has a Pomeranian.

“She’s a pet,” Nikolopoulos scoffed. He still wasn’t sure if he was a pet person. After learning that Pomeranians can live to be as old as 22 years, he became a bit upset.

“The thought of growing old together terrifies me.”

Are you someone, or do you know someone who would want to take advantage of this new law?