News Anchor Erupts On Viewer After Getting Comments About Her Cleavage 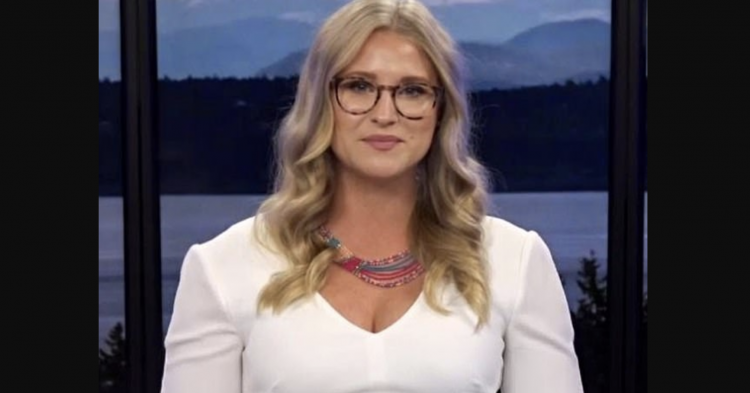 A Canadian news anchor is putting her foot down after viewers called the station to complain about her cleavage. Journalist Kori Sidaway from the CHEK News in Victoria, British Colombia, was shocked that viewers complained to producers that she was showing “too much cleavage” on the air. That’s why she has come forward to slap back at viewers and let them know that “this generation of women doesn’t stand for harassment of any kind.”

Sidaway received an email about her cleavage that she decided to expose on Twitter. She lashed back at her critic, who told the news anchor to “dress appropriately” while dishing out the news on air. Although the critic was able to deliver their message, Sidaway refused to accept that “body shaming” was the norm. Instead, she would be “taking her power back” by addressing the issue publicly on Twitter. 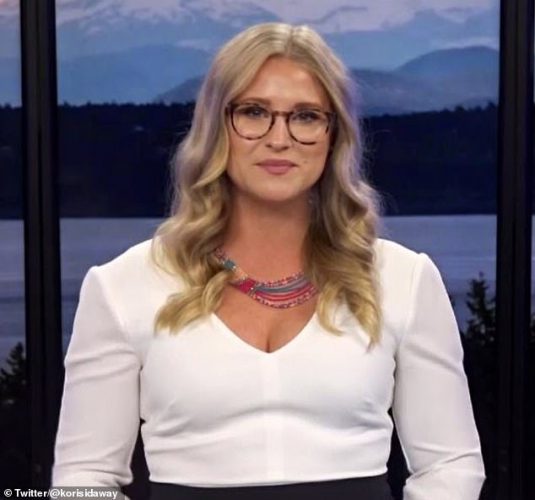 “This screenshot was sent to me and pretty much all my colleagues in my newsroom in an attempt to strategically shame and police my body,” Kori wrote on her social media accounts. She included the screenshot of the hateful note she received from the “Vancouver Island Cleavage Patrol.”

“Unfortunately this happens quite often with women working in the public eye, but this was one of the worst,” she said. 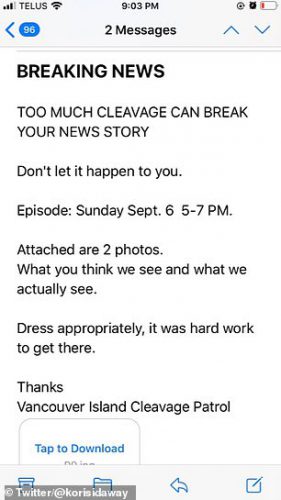 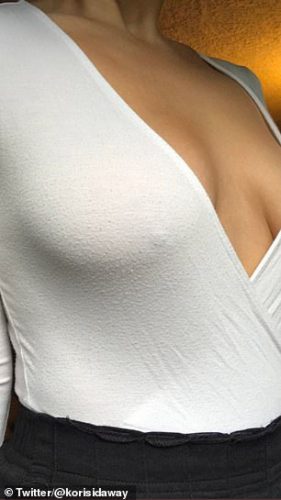 The note she received was entitled “Breaking News” and was given the headline, “Too much cleavage can break your news story.”

The person also wrote, “Don’t let it happen to you. The episode, Sunday, September 6, from 5-7 pm. Attached are two photos. What you think we see and what we actually see.

“Dress appropriately. It was hard work to get there.” 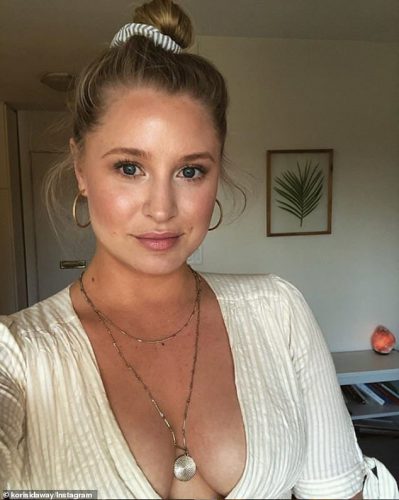 The image of the woman with revealing cleavage was not Kori Sidaway. However, this image was meant to send a message to the news anchor and let her know not to cross the line into the scantily-clad category.

Although this person felt entitled to criticized the news anchor for her on-air cleavage, dozens of people turned up on social media to defend Sidaway and reassure her that she always looks professional.

“Back when I was anchoring – like back in the ’90s (the olden days), I was told to always wear long sleeves because my bare arms were too provocative. My. Bare. Arms!” wrote one person.

Another Twitter user said: “Strange message Kori, perhaps it was a terrible attempt at humor. Nevertheless, it was in poor taste. I enjoy your newscasts and hope that you don’t let this negativity spoil your day.” 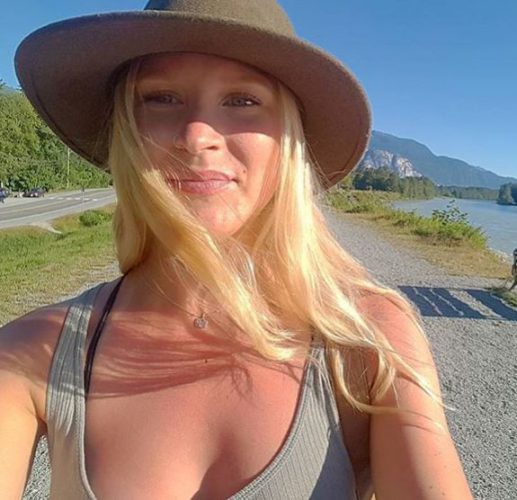 “The top is beautiful, and there was nothing wrong with it. The keyboard critics need to shut up because no one cares about their antiquated ideas or sexist opinions. Women journalists aren’t there to be ogled, we’re there to do our job. Full stop,” another fan of the Canadian journalist wrote.

After Sidaway shared the story on social media, she was reassured that so many people leaped to her defense.

Their support helped her “feel so much less alone, so supported and so much more empowered.”

She added, “You helped take my lemon and made lemonade.”