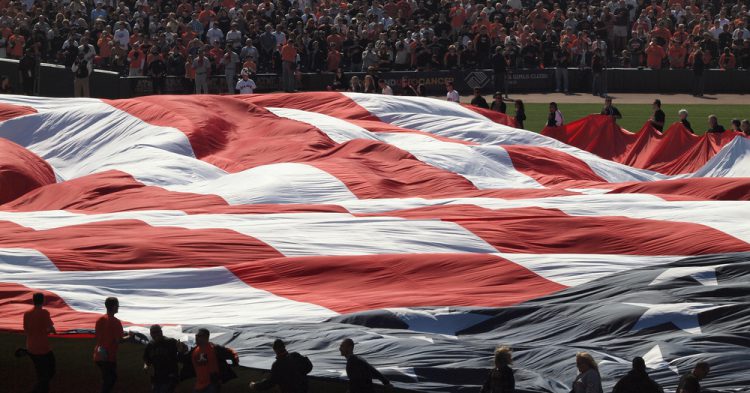 The Black national anthem will first be played at the start of the September 9 season opener between the Super Bowl champs Tampa Bay Buccaneers as they host the Dallas Cowboys to kick off the start of the 2021 season.

The NFL decided to showcase the Black national anthem ahead of football games because the sport has been plagued with controversy since former NFL quarterback Colin Kaepernick first took a knee to protest police brutality and racial inequality in America. Since then, the movement that started with him taking a knee during the playing of the national anthem has grown into a nationwide movement that can no longer be ignored.

According to a report posted by ESPN, the NFL hopes that their move to play the Black national anthem will help curb the spread of racism that has plagued the country in recent years.

The ESPN report indicated that the NFL hopes by playing Lift Ev’ry Voice And Sing will demonstrate “a genuine commitment to the public, players, and coaches and that player voices continue to be heard,” according to a source with insider knowledge into the NFL’s anti-racism activity via a text message. “This is key to educating fans and becoming a prominent voice in the fight to end racism.”

ESPN also reported that “Having recently displayed increased awareness about the problems of systemic racism, the NFL, in collaboration with the NFL Players Association, is also considering listing the names of victims on uniforms through decals on helmets or patches on jerseys. The NFL also may produce educational programs about victims, among other plans.”

Last year, NFL commissioner Roger Goodell condemned racism in a short video posted to Twitter. In the clip, he also pledged the NFL allegiance to affirm that Black lives matter.

The NFL commissioner added, “Without black players, there would be no National Football League, and the protests around the country are emblematic of the centuries of silence, inequality, and oppression of black players, coaches, fans and staff.”

Conservative pundits are not happy with the NFL’s new push for social justice and racial equality.

Fox News correspondent Tomi Lahren tweeted: “So the NFL will include the black national anthem and “social justice messages” in the 2021 season. That should do wonders for ratings.”