Nobody Knew What To Do When We Saw This Swimming In The River : AWM 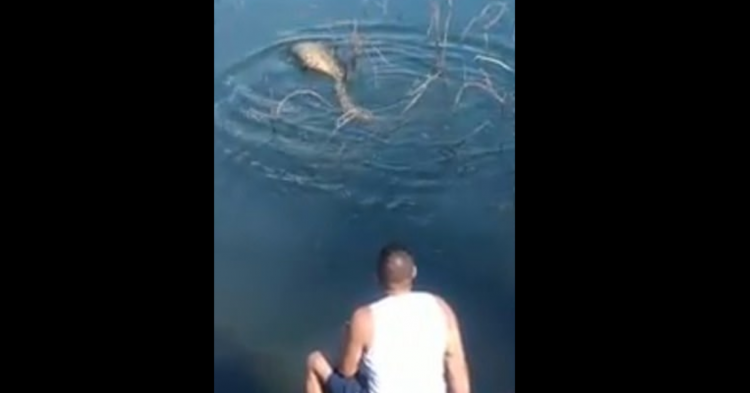 If you saw a large snake in the water, would you go the other direction or face it off head-on? While most people would try to escape the grip of an anaconda, Brazilian river goers happened to see such a snake while it was caught in a precarious position. The snake, which was estimated to be about 16-feet long, was seen struggling to swim after it devoured a huge capybara for lunch.

A group of tourists in Aparecida do Taboada, which is located in the Brazilian state of Mato Grosso do Sul. Because the anaconda was acting so strangely, people took out their cameras and started filming it struggling in the water. 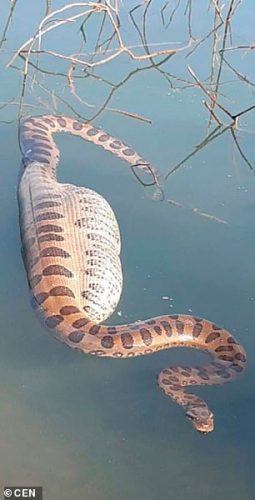 The snake, which is bloated from its massive meal, is seen bobbing up and down in the Paraná River as it tries to find a peaceful location where it can digest the meat. Because the snake has a large mammal in its body, the snake looks bizarre. It is bloated with the fresh catch as it struggles to find a place of rest.

Because capybara, which is a type of rodent, can grow to be as large as 200 pounds, the reptile can hardly get through the water. Because the snake is seeking safety, it wants to get away from the tourists. But its large stomach prevents it from staying afloat.

At one point during the footage, the snake seems to either give up or take a break. It rolls over in the water and allows is stretched belly to reach toward the sky.

Subtenant Braguini from the region’s Environmental Military Police said: “As it uses its muscles and contraction to move, it was having difficulties because of the size of prey it swallowed.”

Because the snake was freshly bloated, Braguini believes the anaconda devoured the capybara only a few minutes before it was caught struggling in the river.

“As it made a very big effort to kill the capybara, it was looking for support not to be floating, so the digestive process had not even started,” he said.

The anaconda, like most snakes, swallows its food whole. It unhinges its jaw to do this, allowing for it to swallow meals that are much larger than it is. 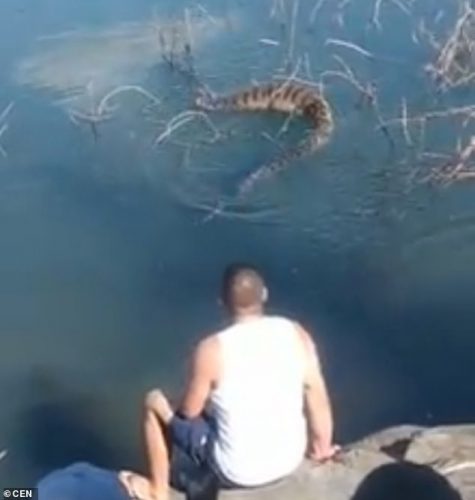 Some viewers of the shocking footage could not believe that the anaconda was able to swallow such a big meal. However, that’s what snakes as this one do. But going swimming after eating the meal is not the best idea given that it puts it in a vulnerable situation. If another predator happens to be nearby, it could turn the satiated snake into its own meal.

Footage like this never gets old. What do you think about the anaconda caught after its meal in the Brazilian river?