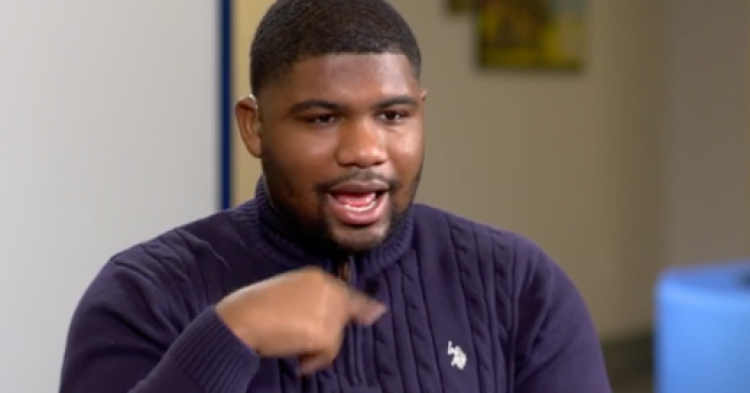 Dr. Martin Luther King Jr. forever changed the course of American history when he delivered his famous “I Have a Dream” speech in front of hundreds of thousands of activists at the Lincoln Memorial in Washington D.C. fifty-eight years ago. Now, student J.C. Smith is looking to preserve the moment by delivering the same words as King in American Sign Language, the official language of the deaf community in the United States of America.

Smith studies with others at the prestigious Gallaudet University in Washington, D.C. The university is a school for the deaf and is home to some of the best educators in the field available to any student across the globe. Smith wants to remember King’s legacy while working toward a more inclusive union between the hearing and the deaf communities in the United States. But he also wants to spread awareness around Black Sign Language, which offers a different approach to communication for members of the deaf community who are also African American.

“That speech inspired me as a Black deaf man living in this world, knowing that opportunities may not be granted to me,” Smith told ABC News’ Kyra Phillips. “Every day, I knew that I had to work three or four times harder to really get those opportunities that I wanted.”

In the wake of the police murders of George Floyd and other unarmed Black people over the last two years, many activists took to the streets to spread awareness around the need to support the Black community. By promoting BASL, Smith hopes he can help shine a light on how the language has been oppressed for decades but continues to provide deaf Black people with a mode of communication that works for them and their community.

Although the first American School for the Deaf opened in 1817, Black children were barred from attending. This forced the Black community to make up their own sign language, so they could communicate across the divide of the unhearing.

Carolyn McCaskill, a professor at Gallaudet, was only welcomed at one school as a five-year-old girl growing up in Alabama in the 1960s. She attended the Alabama School for the Negro Deaf and Blind and was taught BASL.

“I did get that sense of freedom from being able to incorporate who I was and how I wanted to communicate,” she said.

Eventually, Black and white deaf students would share the same classroom but not the same sign language. Blacks were forced to learn “the white way” and pick up an entirely new language.

Now, people are working to preserve BASL because it was an important piece of the deaf Black community for generations.