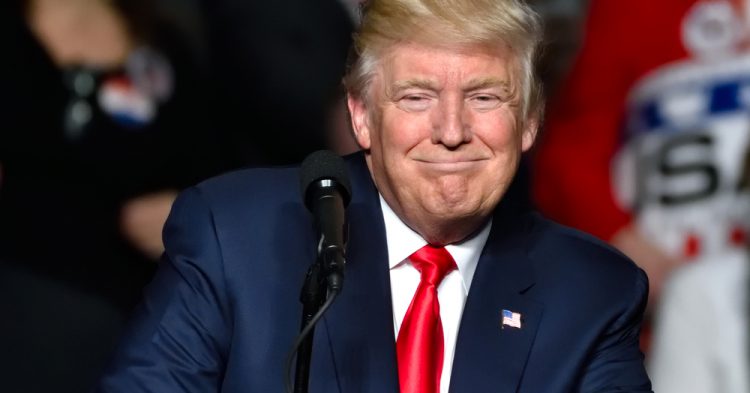 The last Trump White House Christmas card has undergone close scrutiny by millions of Americans. Critics suggest that the image was actually taken during the 2019 Christmas season, which has led millions of people to suspect that Trump was edited into the image so that he was standing next to Melania as tensions between the President and his wife continue to escalate as she gears up to leave the White House.

The image depicts President Trump and First Lady Melania standing side by side on a White House staircase wearing matching tuxedoes. The image of Trump resembles one taken in 2019, which has caused millions of people to doubt the authenticity of the White House Christmas card and to speculate about the couple’s relationship as they prepare to leave the White House and make room for President-elect Joe Biden. 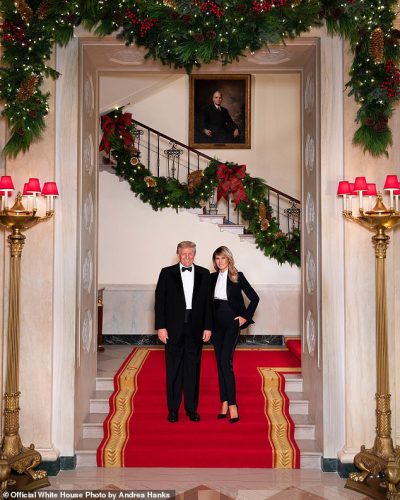 Melania shared the Christmas card on social media along with the following caption: “Merry Christmas from President Donald J. Trump and First Lady Melania Trump. @realDonaldTrump & @FLOTUS are seen December 10, in their official 2020 Christmas portrait, on the Grand Staircase of the White House in Washington, D.C.”

However, many people noticed that the image of Trump appears to be exactly like a series of pictures taken of Trump during his visit to the Royal Family in London in 2019.

Photo expert David Mager of the New York Film Academy has no doubt that Trump did not appear next to Melania for the Christmas photo.

“The biggest telltale for me is that there really is no contact shadow,” Mager explained to Inside Edition. “There definitely has this feeling of sort of a paper cutout to the hairline for both of them, especially with the first lady. What you notice, if you zoom in close, there is really no contact between his arm and her jacket. You would expect to see some kind of pressure where two things are pushing against each other, even a little ripple in the fabric or something like that.”

Prior to the release of the Christmas card picture, Trump had last appeared in public on December 12, 2020. He is thought to have gone into seclusion at his Florida resort following a public appearance at West Point on the 12th.

Hundreds of people on Daily Mail shared their concern that Trump faked his Christmas photo.

“It is a bizarre picture of the 2 of them. And now that you see that pic from London next to the Xmas one, he looks identical in them!”

“Everything about them is fake,” one reader boldly claimed. 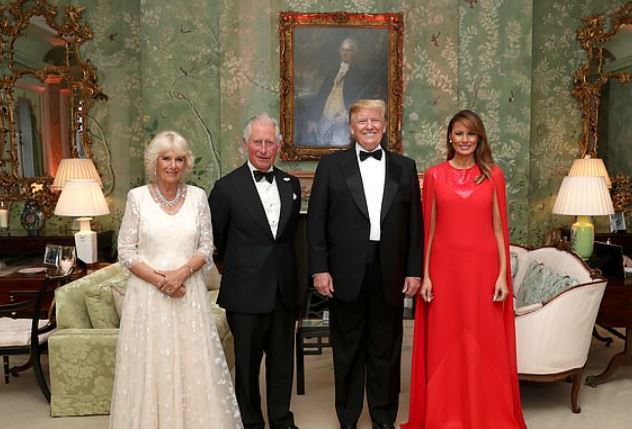 “It’s so clearly Photoshopped it’s as if the person that did it wanted it to look bad.”

Others claim that the image of Trump in the White House and in London are starkly different.

Do you think the Trumps’ Christmas card was faked for 2020?