Now We Know Why So Many Ducks Are Dying In Washington, D.C. 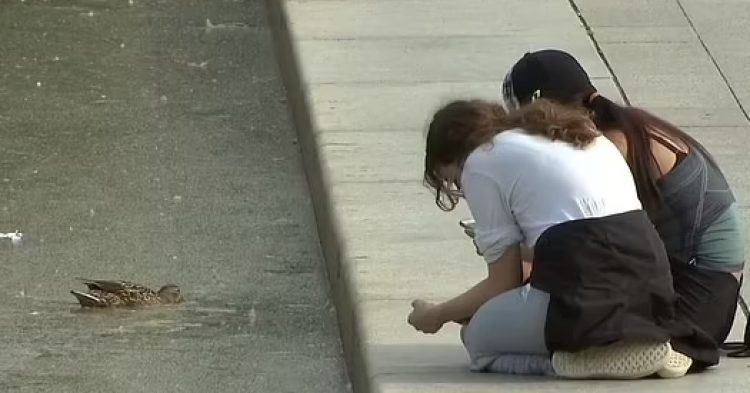 The bird flu is killing off dozens of birds in the United States Capitol. Washington D.C. has seen more than a dozen ducklings dying off suddenly as a result of the highly contagious avian flu that has been infecting millions of birds. As many as 38 million domestic birds have died since the outbreak of the virus, which has been particularly hard on poultry farmers – farmers in thirty-six states have since closed their operations after having to either kill off their flocks or shut their doors due to the virus.

The first known cases of the bird flu in Washington D.C. were linked to the “die-off” of a dozen or so mallard ducklings by the pool near the Washington Mall. The sudden deaths occurred last month and were a source of sadness for those who were familiar with the ducks in the pool.

Park agents performed necropsies on the dead birds and confirmed that two of them had been infected with the bird flu virus. The disease is known scientifically as highly pathogenic avian influenza (HPAI). If this disease gets transmitted to humans, it has a fatality rate of nearly fifty percent – making it extremely dangerous for vulnerable people.

So far, there has only been one documented human case of HPAI in the United States. It is very rare for the avian flu to jump species and infect human beings.

Park Service spokesman Mike Litterst wants the public to remain calm but warned Washington locals not to touch dead or living birds during this time of the avian flu. People should also avoid stepping on bird droppings because this can help spread the virus further than it might have gotten otherwise.

“We’re not looking at another covid-type situation,” Litterst said. “But because humans can unwittingly facilitate the transfer between groups of birds, we just want to get the word out there.”

Ducks and geese are at high risk of contracting the avian flu. The virus spreads through respiratory and fecal secretions. Waterfowl are at high risk because they share an environment – the water – and the virus can spread throughout it and infect any bird it comes into contact with.

The park service said that other birds are also at risk of dying from the avian flu. Bald eagles and vultures are among those species susceptible to contracting the highly contagious virus.

The best way to prevent the avian flu from spreading is to practice good hygiene and avoid contact with sick or dead birds. People should also wash their hands thoroughly after handling any bird products, such as feathers or eggs.

Poultry farmers are struggling to contain the virus and have been forced to kill off millions of chickens, turkeys, and ducks. The United States Department of Agriculture (USDA) has been working with farmers to try and contain the virus, but it has been difficult.

The bird flu is a serious problem, not just for Washington, D.C., but for the entire country. It is important to be vigilant and take precautions to prevent the spread of the disease. We must all do our part to help stop the avian flu in its tracks.