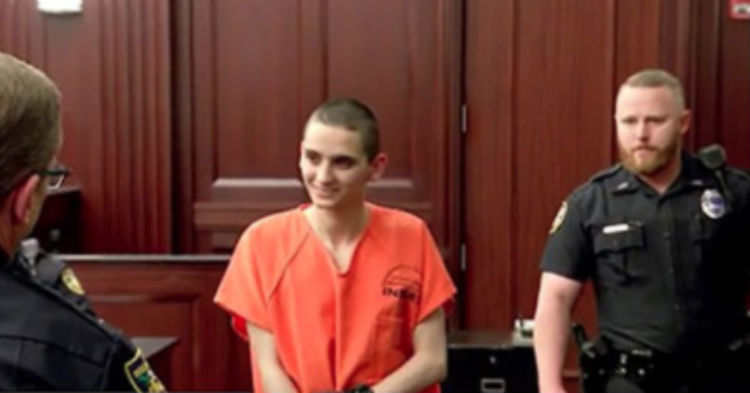 After 21-year-old Kevin Rojas was convicted of shooting a Jacksonville Sheriff’s Office deputy during a firefight, he learned that he would be suffering for a long time. The rest of his life he will actually. Because the officer is involved in undercover work, he has not been identified. But Rojas has been. And he is set to go to prison for the rest of his life for attempting to murder a man of the law. But the officer who Rojas tried to kill, the undercover cop, wanted to give the convict a little present before he was sent away to prison forever.

And the present will probably get a lot of use now that Rojas will have to face the harsh life behind bars.

“I will take those bullets instead of a fellow officer or innocent bystander. When I brought the fight back, you ran like a coward.”

Not only did this truth hurt Rojas where it should, but the officer also continued by putting salt in the wound with a present.

“I brought a little gift for you. You will need it where you are going.”

The officer pulled out a bottle of lotion. Other reports indicate that it was a value-sized bottle of KY personal lubricant. And when Rojas saw the personal care product, the smirk that had bee on his face came right off. This cop knew exactly how to get out of the convicted attempted murder’s skin.

Why did Rojas try to kill the cop?

Back in March 2016, the detective was merely driving his son to school. But when he saw a 19-year-old Rojas driving like a maniac, he pulled him over. But as soon as he was stopped, Rojas exited his vehicle looking for a fight.

He pulled out his firearm and started shooting at the police officer. And his shot was accurate. He hit the undercover cop in the head, the abdomen, and the hand.

All of this happened while the officer’s son sat in the passenger seat watching his father almost get killed. And fortunately, the boy was not hurt in the firefight.

Although he was severely injured, the officer was unwilling to let Rojas go. He pulled his firearm and then aimed at the teen gunman. As he returned fire, Rojas fled from the scene, terrified for his life.

Rojas stole a truck, but he did not leave the scene without receiving a few “gifts” from other officers who arrived on the scene on the day of the shooting. He was shot three times

The young man was convicted of attempted murder of a law enforcement officer on Wednesday. He was also convicted of one charge of attempted manslaughter, one count of grand theft auto, and one count of fleeing or attempting to elude the police. While he was sentenced to life behind bars, he has the opportunity to wait 25 years before he is considered for parole.

The officer’s gift should come in handy during those 25 years.

What do you think about the detective’s special present?