Officer Starts Writing Homeless Man A Ticket, Then Stops Suddenly, Tells Him To Get In Patrol Car Instead : AWM

Officer Starts Writing Homeless Man A Ticket, Then Stops Suddenly, Tells Him To Get In Patrol Car Instead

Almost every day for years, Alameda County Sheriff’s Deputy Jacob Swalwell has noticed a desperate man begging for small change. The man had a usual spot along one of the city’s busiest highway ramps, which meant a lot of cars drove past him at all hours of the way. Because the man was so close to rushing traffic, Deputy Swalwell kept feeling concerned for the man and decided he had better take action, after all these years.

Because he didn’t want the man getting run over by a car, he decided he should write the man a ticket to scare him away from the lucrative panhandling spot. 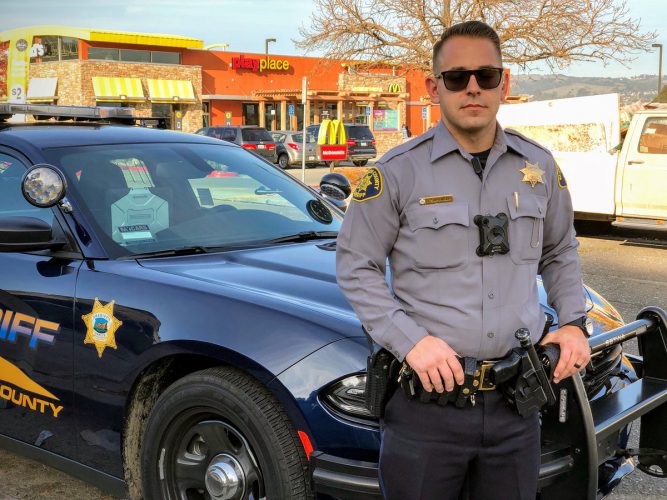 “It’s a safety issue, and that was more of a concern than the panhandling,” said Swalwell to ABC 7 News.

However, when Swalwell asked the man to identify himself and show a picture ID, the man was unable to do so. However, he was more than happy to take the time to speak to the Deputy and tell him his story. As soon as the Sheriff’s Deputy started listening to the old man begging for small change on the side of the highway onramp, he knew that giving him a ticket was the wrong way to help.

“Got to know him pretty quickly, and realized that a citation’s not what this man needs,” Swalwell said. 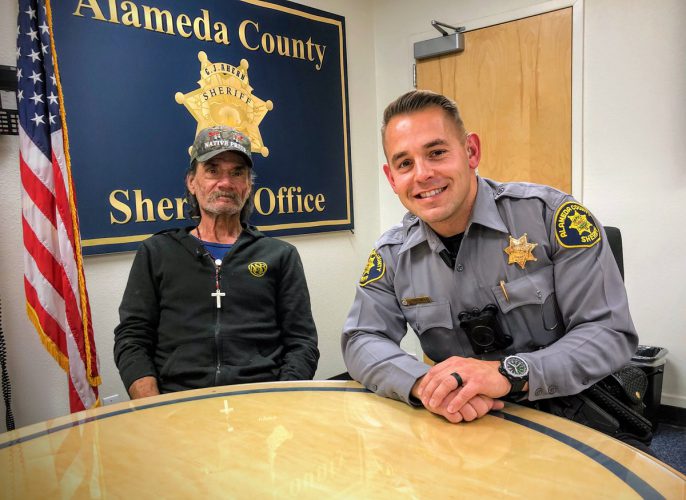 The man was named Michael Myers. He was 66-years-old. He had lived in Alameda all his life and was the type of person that Swalwell had vowed to protect and serve. Myers then told the Deputy about how an accident left him disabled and unable to work. Before that, he’d bee working a lot as a truck driver.

“When you have a serious broken-back injury, you never really recover from it,” Myers said. 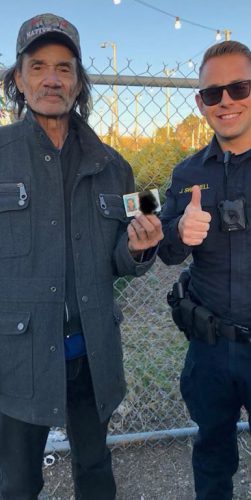 Because he had no other way to make money, Myers turned to panhandle.

“He does it three times a day,” Swalwell said. “He’s not panhandling for alcohol or drugs — he’s panhandling to stay alive.”

Myers had it down to a science. He worked his way around the intersection until he gathered five to ten dollars. Then he’d take that money to a fast food restaurant and order something to eat. His life consisted of making enough money begging on the street to afford his next meal off the dollar menu.

“I’m no longer in the system,” Myers said. “I don’t exist anymore according to the DMV.” 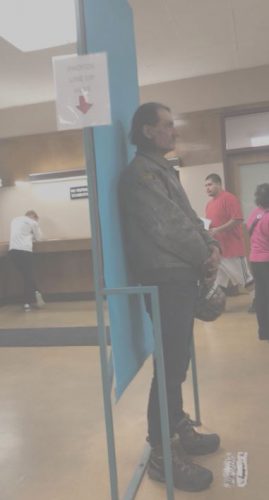 That’s when Swalwell escorted Myers to the DMV. After three trips, he was issued a California Senior Citizen ID card. His life was getting back on track because the Sheriff’s Deputy decided to listen and help. If it weren’t for people like Swalwell, then people like Myers may never rise up.