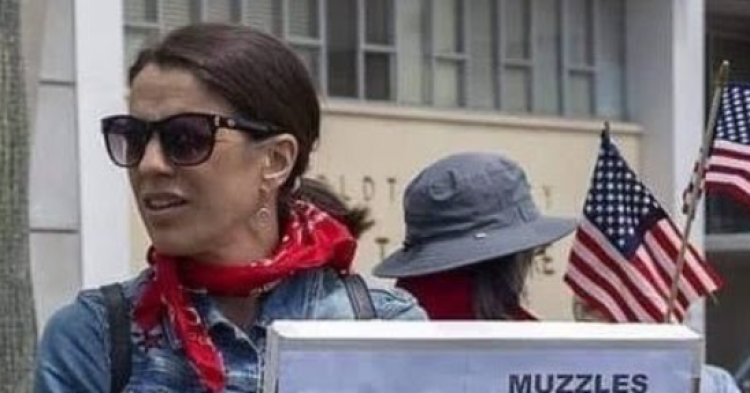 Gretha Omey Stenger does not like being told what to do. And when her state government stepped up and instituted a lockdown to help prevent the spread of COVID-19 – and save lives – she was furious. Knowing that she was not going to be able to go to her favorite retailers and live life as she normally would, Stenger felt compelled to protest the lockdown and came up with a sign largely considered offensive as she marched against the safety measure.

Stenger, an unemployed white woman, used an image of a black woman with a dog muzzle on her face to express how she feels about the safety measures put in place to save lives during the COVID-19 pandemic. Along with the offensive image, Stenger wrote the words, “Muzzles are for dogs and slaves. I am a free human being.” 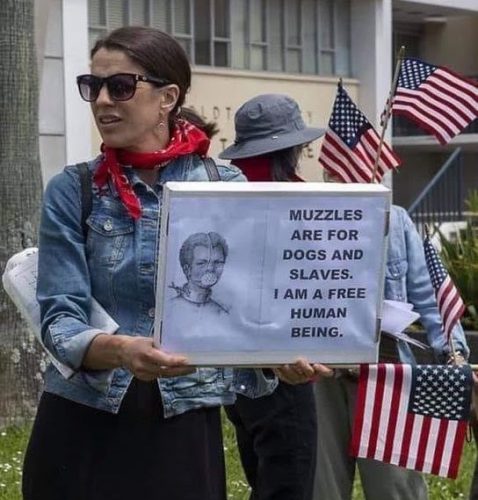 Because Stenger tried to connect her situation to slavery, people were furious. Not only did Stenger still have all her rights – she was protesting something she did not agree with, which is a guaranteed right in the United States Constitution – she tried to use slavery to aid her point and make her seem more like a victim during the pandemic.

The woman on the sign is the famous Escrava Anastacia, a revered unofficial saint in Brazil. She was enslaved by cruel masters in Brazil.

Stenger did not care that she was using Anastacia’s image to further her cause. Although blacks and Latinos are three times more likely to know someone affected or dead from the coronavirus than white Americans, Stenger felt it was entirely appropriate for her to appropriate the image of a black saint to further her cause against the government.

Stenger told Redheaded Blackbelt that she “came out to stand with people who were deeply concerned about the Stay-at-Home orders and their repercussions.” Stenger joined people at the Humboldt County courthouse, trying to object to the safety measures that have been working at the state level. 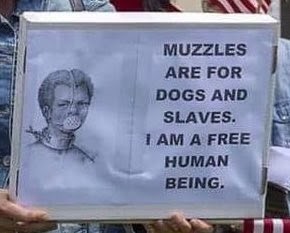 Stenger is not original in her usage of Anastacia’s image. Another person, Larkin Small, used the Brazilian saint to illustrate how the lockdown was affecting white Americans.

“Small said it was her first time ever coming to a demonstration and that this is what it took to get her out of her house at the age of 37,” Redhead Blackbelt wrote.

Before she was put on leave because of the economic collapse, Stenger held a job as a drama director at Northcoast Preparatory and Performing Arts Academy in Arcata. The school has since released an official statement regarding Stenger’s sign.

“The person being referenced in these comments is not a current employee of NPA or HCOE. Her message does not reflect the views of HCOE or NPA.”

When Stenger realized that her sign was racist, she issued an official apology to the Times-Standard:

“Holding that sign up at the lockdown protest was a grave mistake, and I ask forgiveness from all those who I have caused pain. As I had no sign of my own, it was handed to me by another protester, and a photographer took the picture before I considered the racist implications. My intent was to take a stand for the freedom of all human persons, and I mistakenly held a sign that conveyed the opposite. Please know that I respect the dignity of all people, and I sincerely regret any suffering it has caused.”