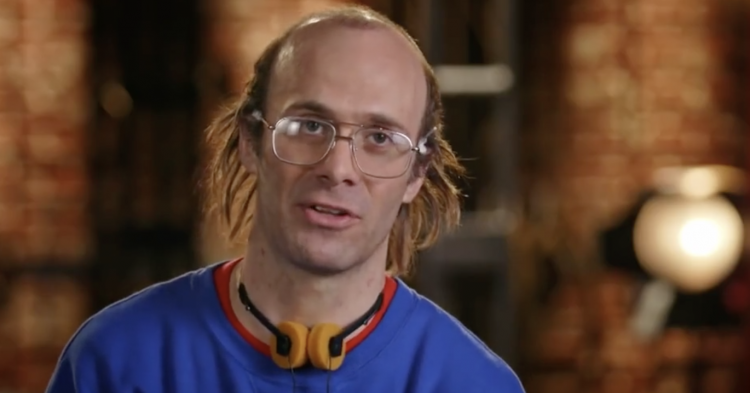 America’s Got Talent is back for the summer, and already the judges are impressed. Simon Cowell joins Heidi Klum, Howie Mandel and Sofia Vergara to judge the many talented contestants who take to the stage to show off their moves for America. People are competing to win the $1 million prize and have to earn love from the judges if they hope to advance in the competition and get their chance at the prize money.

America’s Got Talent is now presenting dancer Keith Apicary who wowed the judges with his “insane” dance moves. According to the YouTube video uploaded by the competition show, Apicary “surprises America with unforgettable dance moves” and “brings amazing  Dancing Maneuvers on the stage” in an impressive show that got the entire audience to rise to their feet.

The footage begins with a close-up shot of Apicary as he prepares for his performance. He’s drinking from a juice pouch as he gazes at a handheld device equipped with headphones. Apicary tells the camera that he is thirty-five years old and comes from Woonsocket, Rhode Island. Although he still lives with his mom, his appearance on America’s Got Talent could be his big break.

So what does Keith Apicary do?

“I guess you can call it dancing,” he tells AGT host Terry Crews. “Bodily maneuvers is what I call it. It’s kind of a sequence of rhythmic spasms.”

Apicary reveals that her first fell in love with dancing because of video games. He has been playing video games for much of his life and loves video game music so much that his body just had to move to it.

“I feel like I have something different to show,” he tells Crews. “I just don’t want them to be like, ‘he’s a weirdo. Get him out.’ Because there are so many people they’ve got to look at.”

He added, “I know this is literally the opportunity of my lifetime. I don’t want to blow it and waste it, so I am going to go out there and give it everything I have.”

Apicary walks on stage at about two minutes into the YouTube video. He then chats with the judges for a few moments before breaking into this amazing dance routine that left the judges – and the audience – stunned with its greatness.

Watch Keith Apicary’s debut on America’s Got Talent below. You’ll be able to hear from the talented Rhode Islander and see what he had to show to the judges on the popular talent show. Viewers contributed thousands of comments and reactions to his performance, including the following.

“This guy literally did every dance move from the bar/wedding when people are drunk.”

“The performance was literally the embodiment of everyone’s childhood mind vibing to their favorite song.”

“He should win. His vast knowledge of NeoGeo games are unmatched.”

“If this guy is ‘playing a character’ then that is amazing! He’s in so deep with his persona that it’s impossible to see the joins.”

“Thirty-five, lost most of hairs, does nothing for living and lives with Mom. Life still cannot knock down Keith. He has the energy and positive attitude to perform with whatever best he has got. Kudos and Respect.”

Keith shared a comment on YouTube, writing: “Thanks for watching me, everyone! PRAYING that I get to come back and do more.”