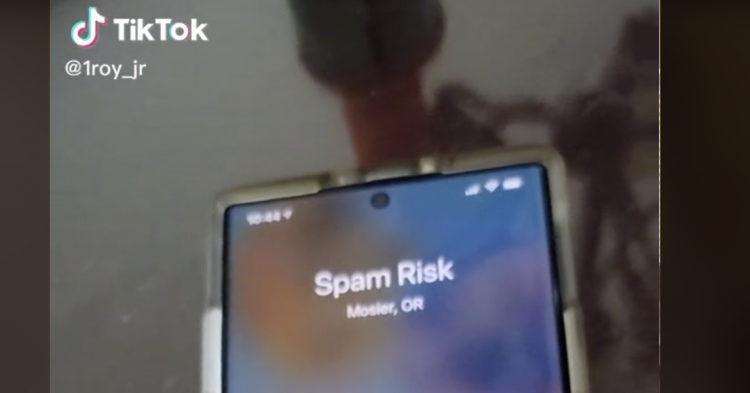 Spam and scam calls sharply rose during the Trump years. Now, people are inundated with unwanted calls at all hours of the day. Fortunately, some cellphone carriers warn people when the call has been identified as spam. Many other calls still get through and light up your smartphone or landline. Now, one user of the Chinese-created TikTok social media app has revealed his “life hack” for dealing with spam callers who are trying to get him to give them his money.

The so-called “genius” tip has gone viral on the Chinese platform. Thousands of people are sharing the clip and encouraging other people to use it to stop spam callers in their tracks. As you’ll see in the video below, the tip works and helps you avoid dealing with so many of these calls. 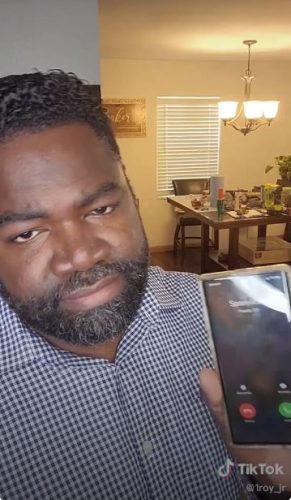 TikTok has been a hub for people to share the tips and tricks they use to navigate their daily lives. Many people have tried sharing how they deal with scam callers, but this video rose to the top because it has been widely received by so many people.

User Roy L Baker Jr., who posts his content under his TikTok alias, @1royo_jr, left viewers better off than they were before watching his video because he shared useful information to help deal with the many unwanted scam calls that have been bombarding Americans over the years.

Roy’s video has gone viral. With a certified 9 million views and counting, he has been able to inform a lot of people about what he does when responding to calls from scammers and spammers. And in the video, you’ll see how the TikTok user creates a “fake voicemail” to ward off scam callers who are trying to separate him from his hard-earned money.

In the video, which he captioned with “CIA Fraud Division Coming to a dial tone near you” along with a series of hashtags to build up the viral potential for the clip, Roy starts the video as a spam caller is trying to get him on the phone. He walks over to the ringing phone, which warns him that the call is “Spam Risk,” and picks it up to prank the person on the other end of the line.

The TikTok user answers the phone and then quickly goes into his ingenious hack of pretending that the caller landed on a voicemail.

“Thank you for calling the CIA,” Roy says into the phone after answering the phone. “You’ve reached the scam and fraud division. All of our agents are currently assisting other callers. To further assist you, please hold while we download your incoming and outgoing call logs to be analyzed against our database of known scam and fraud operations. An agent will be with you shortly.”

By scamming the scam artist, Roy is able to get these people to stop calling him so often. His unique prank has drawn a lot of applause from people across TikTok, who were delighted to see that he came up with a creative way to teach spammers to stop calling him all the time.

What do you think about this life hack to help deal with spam callers?