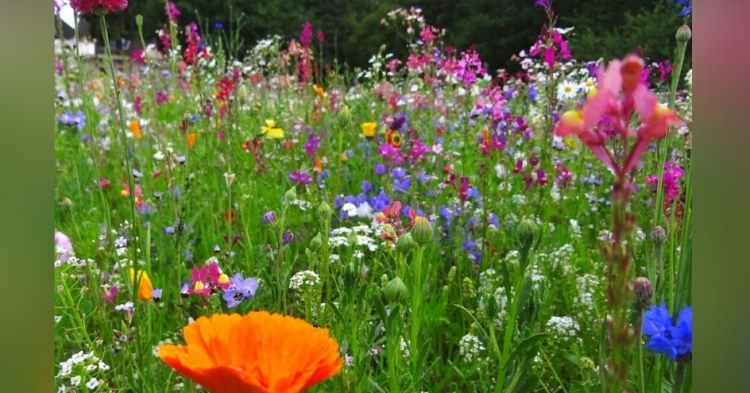 If you own a home in the state of Minnesota, you might be offered a payment to rip up your lawn and plant flowers instead. While this would most certainly help beautify the midwestern state, its purpose has to do with something very different than aesthetics. As climate change continues to wreak havoc on the world at large, bees – which are essential to the human food supply – are on the way out, but Minnesota authorities hope they can start to reverse that with their new flower bed initiative.

If you’ve noticed that there are fewer bees and butterflies than ever before, you’ve noticed a growing – and alarming – trend. Climate change has affected these pollinators so much that their populations are in danger. If bees and butterflies and other pollinators go the way of the dinosaurs, then the human food supply chain is in jeopardy, and millions of people could starve to death – or worse.

As industrialization changed the surface of the American landscape, natural prairies ceased to exist. In their place, cities, towns, and farmland sprouted up and have made it very hard for bees and butterflies to find flowers for their purposes.

Minnesota hopes to make a difference with a new program that would pay homeowners to change their grass lawn into a flower garden. The program received $900,000 funding for the first year and is set to pay homeowners a sizeable amount of cash if they’re willing to plant some flowers to help support the population of bees and butterflies.

By planting more flowers across the state of Minnesota, homeowners can start to give bees and other pollinators the natural resources they need to survive. The program specifically hopes to save rusty patched bumblebee, which is a fat, fuzzy type of bumblebee known by its scientific name Bombus affinis.

These bumblebees live in colonies that have one queen and a lot of female worker bees. At the end of the summer, the colony has the possibility to produce a new queen and male bees, which can help keep the population of these precious pollinators alive for years to come.

Unfortunately, rusty patched bumblebees are nearing extinction. That’s why the state of Minnesota is working as hard as possible to get homeowners to plant more flowers to give these bees a chance to gather more pollen for their colonies. If they get more pollen, then the colony can produce more queens and the species and live on for years to come.

“A pound of Dutch white clover is about $7, and it grows low enough that people wouldn’t even have to change the way they mow their lawn,” said a bee expert in the University of Minnesota. “So just by not treating white clover like a weed and letting it grow in a yard provides a really powerful resource for nearly 20% of the bee species in the state.”

Homeowners can receive up to $500 from the state.

What do you think about Minnesota’s program for homeowners?