One Woman’s 4th Of July Decorations Are Causing Quite The Controversy. 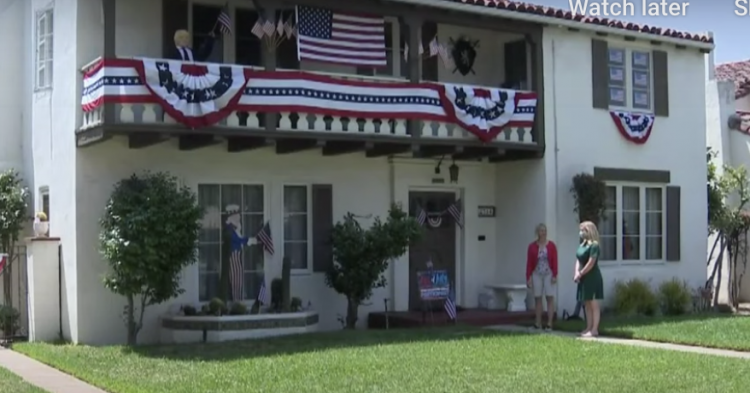 Leslie Antosy-Flores loves being an American. Although the coronavirus continues to plague the country and will probably shut down most Fourth of July celebrations, Antosy-Flores is ready and willing to do everything in her power to celebrate the country that has given her so many opportunities. As a resident of San Marino, Antosy-Flores feels privileged and wants to share that with her community, which is why she has decided to go all out for her July Fourth decorations this year and take the city upon its free home decorating starter kits to get the celebration rolling.

However, Antosy-Flores has added her own touch to the festivities. Instead of just accepting the free lawn decorations from the city, she has added a mannequin of President Trump holding an American flag. For Antosy-Flores, nothing screams America more than the president, so she wanted to make sure she was honoring him during her celebration. 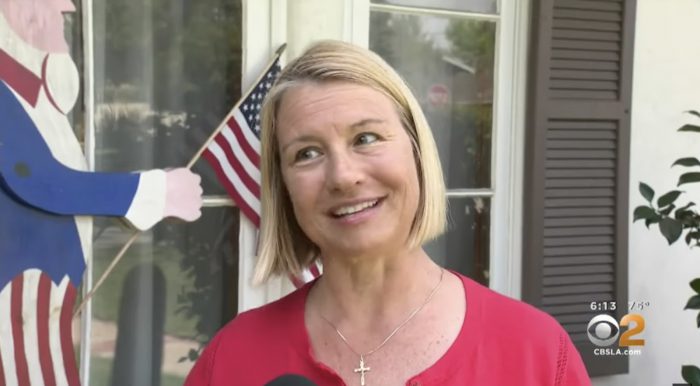 Because Antosy-Flores wanted to celebrate July Fourth as though there were not a pandemic ripping through America, she put up flags, banners, and the Trump mannequin to express her patriotism and to hopefully get her community excited about the country’s milestone as well.

“Of course, we have our President Trump. He needs to be recognized since he is our president,” she said.

Antosy-Flores knew that she would receive some sideways glances by erected a mannequin of Trump, but she wasn’t going to let what other people thought of her determine what she would and would not do. Although some people have pointed out how she is honoring a country that may not respect or see all members of its population equally, she feels that Trump deserves to be on her porch and won’t be coming down. 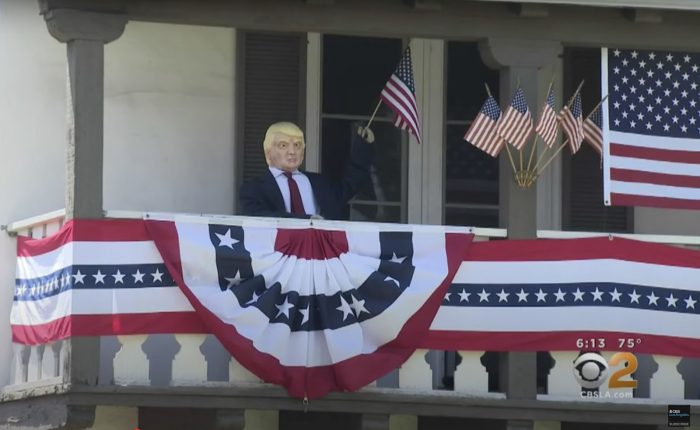 “I did have somebody yell at me and call me a racist. All I’m doing is displaying him with an American flag. I didn’t do anything with any political agenda,” she said.

Because Antosy-Flores was called a racist for erecting the small mannequin of President Trump, people in San Marino let her know that they were not happy about it. They don’t like all the policies the president is pushing in the community and do not support how he locked children up at the border, separating them from their families by way of force.

However, Scott Solan respects Antosy-Flores’s decision to erect a Trump mannequin. He put a six-foot eagle outside his home.

“I think anyone who wants to show their patriotic spirit, God bless them for showing that for this administration, for our country, no matter their opinion,” he said. 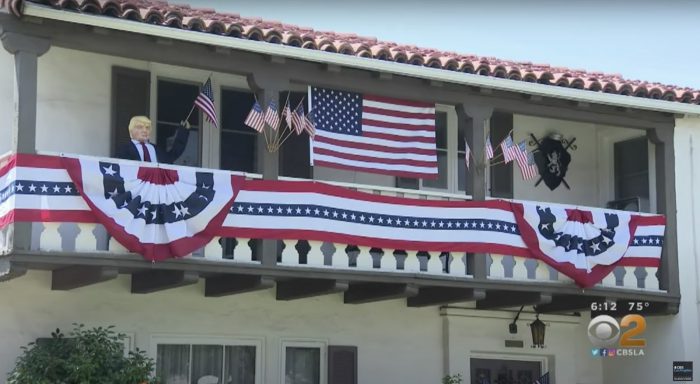 City Councilmember Susan Jakubowski pointed out to Antosy-Flores that Trump’s image is a symbol of division in America. However, residents are allowed to decorate how they wish.

“I think now more so than ever we are all agreeing to be different to get along, and this community like every other community has all different beliefs,” she said.

What do you think about this woman putting up a mannequin of Trump? Should it be allowed as an Independence Day decoration?