Our Dog Started Acting Strange, So We Decided To Look Outside. That’s When We Dialed 911 : AWM

Our Dog Started Acting Strange, So We Decided To Look Outside. That’s When We Dialed 911 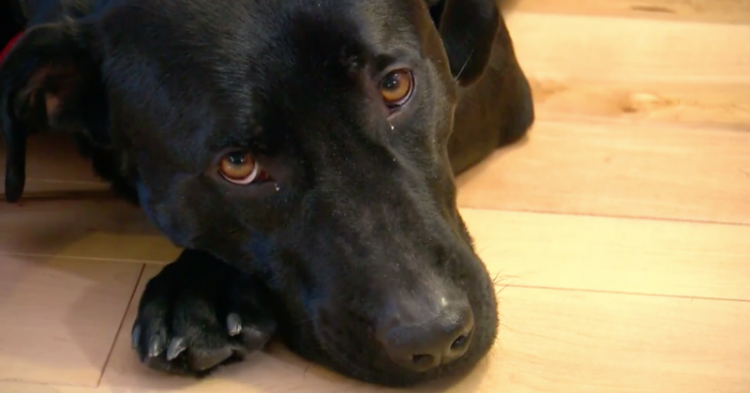 When Midnight, a four-year-old black Labrador mix, started to act strange, Tim Curfman knew that something was wrong. Midnight never acted the way he was. Because Midnight seemed to be on high alert, Curfman knew that the dog had spotted something out of the ordinary. That’s when he decided to let the dog’s instincts lead him further into the frigid -1 degree cold on a winter day in Minnesota.

Curfman had no clue that Midnight’s intervention would end up saving the life of an elderly woman who had fallen in the snow and could not get back up. But as it turned out, Midnight alerted Curfman to Noreen, 87, after she fell and got injured while trying to fill her birdfeeder on the frigid winter day in Minnesota. 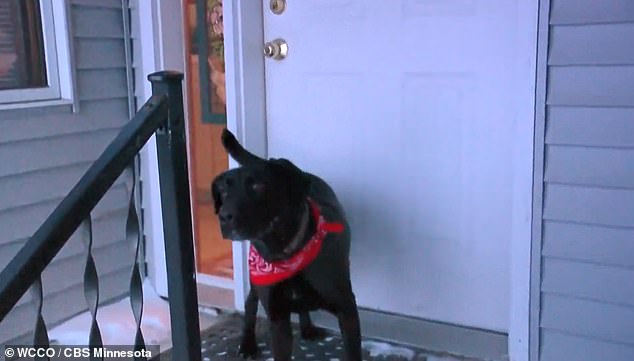 Curfman was taking out the trash when Midnight “had her ears perked up looking at me.” Without a doubt, Curfman knew that the dog had figured something out, something that needed to be dealt with.

“She doesn’t normally do that. Sometimes you get that feeling something’s up,” Curfman told WCCO. Thankfully, he followed Midnight’s lead and was able to come across Noreen who desperately needed help. 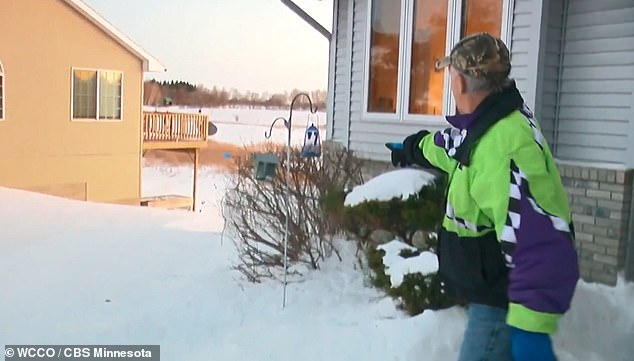 Noreen was stuck in the freezing cold on the ground. She had been trying to take care of the birds who use her birdfeeder when she slipped and fell. Midnight took Curfman right over to the senior neighbor so she could be rescued. Midnight saved her life.

“We figured she was out there at least a half an hour,” said Curfman. “She could not have gotten up because her gloves had gotten wet and she didn’t have enough strength in her fingers to push herself up. Nothing around the corner to get up and get a hold of either.” 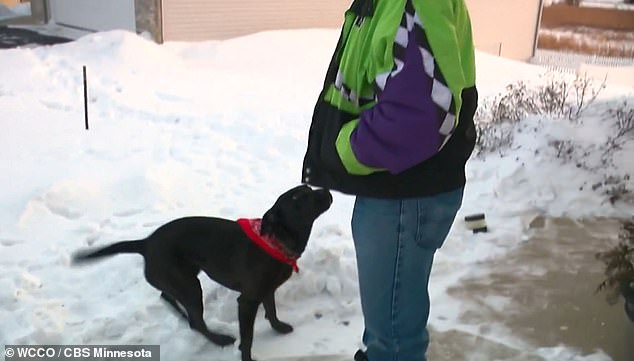 After she fell, Noreen’s glove had gotten wet. That’s when Curfman realized that “she didn’t have enough strength in her fingers to push herself up.” Because of the freezing cold, she was stuck on the ground where it felt even colder to her.

Noreen did not hesitate to tell it like it is. She said Midnight saved her life.

Fortunately, Noreen was not seriously injured after she fell. But the temperature was so low, she was not able to get herself back to her feet. She did not break any bones nor get frostbite. 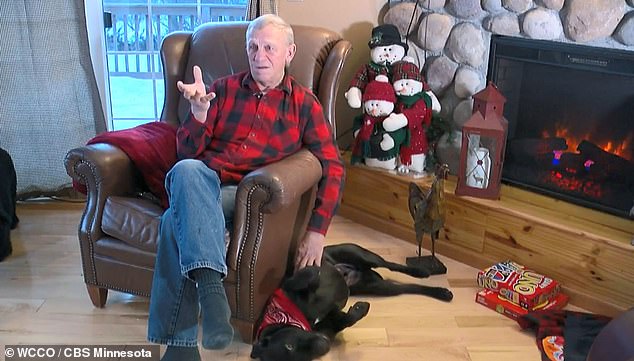 The incident occurred at the end of January when Minnesota was struck by the polar vortex from Canada. Schools closed, flights were canceled, and the National Weather Service asked people to remain indoors.

Although Noreen did not wish to appear on camera, she told reporters that Midnight certainly saved her life and even compared the black Labrador mix to the famous Lassie. Midnight came to the rescue just in time to prevent any serious damage from the cold weather. 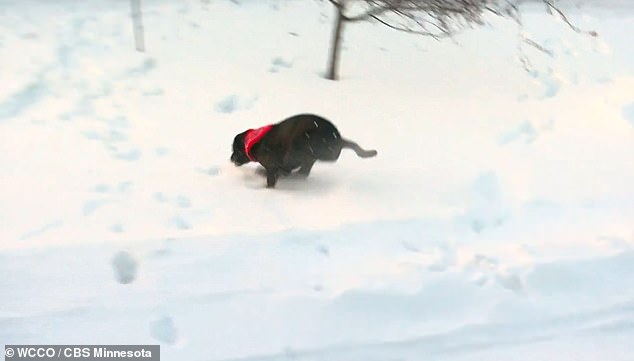 Because she was such a good girl, Midnight was rewarded. She couldn’t be happier.

“We’ve been very proud of her because it’s not every dog that pays attention to things like this,” said Curfman. “And she got so many treats it was a shame.”

What do you think about this dog’s heroic act?