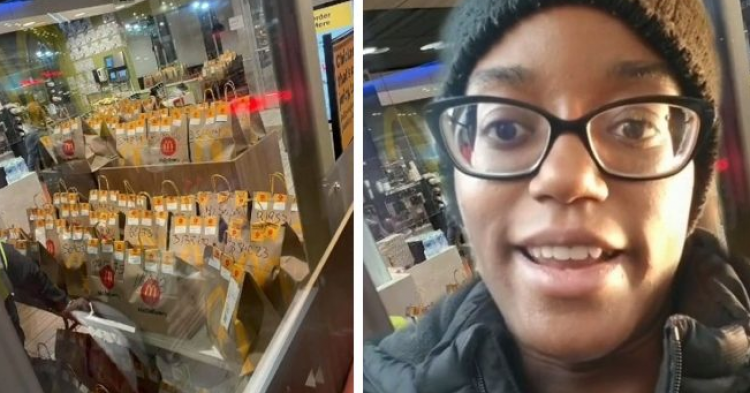 Throughout the pandemic, food delivery services like GrubHub, DoorDash, and Uber Eats have helped connect those isolated at home with the sustenance they desperately need. People can even order supplies and snacks from convenience stores like CVS through these apps. Although the service is wonderful for the person waiting for the order at home, it requires a lot of work and dedication from the driver who has to pick up the order and deliver it to its final destination.

DoorDash pays drivers a base rate per order. The more orders they deliver, the more money they get paid by the company. Sometimes the company offers promotions to help incentivize these individuals and get them to work even faster. That could mean more money in their pocket if they follow through with the promotion. Unfortunately, the service does not pay their drivers much money, which is why these hardworking people rely on tips from customers to make ends meet.

The food delivery app does not require customers to leave a tip for the driver. However, there is an option to tip the driver upfront when placing your order, which might be a good idea once you hear what happens to your order when you do just that. Some people prefer to leave a tip after the food is delivered to make sure they receive good service from the driver. However, once you read this entire article, you’ll want to switch up your practice and tip upfront because it allegedly comes with benefits that you won’t want to miss out on.

One Dasher turned to TikTok to explain the importance of tipping the driver when placing your order. According to this insight, not leaving a tip on the order could mean that you end up waiting a lot longer for your order than you would if you had provided a tip upfront. The Dasher explained that although they are working with DoorDash, they are not employees of DoorDash – they’re independent contracts who are expected to cover their own expenses and make their own way to the final destination.

The Dasher wanted to show customers how important it was to tip, so she showed a behind-the-scenes video on TikTok of a McDonald’s restaurant loaded with takeout orders. The bags in the image were all DoorDash orders that had not included a tip. That’s why they were just sitting there – because McDonald’s could not convince a Dasher to pick up the order that would barely pay them a livable wage since it did not include a tip.

If you’re ordering delivery through DoorDash, pay your Dasher a tip when you place your order. You’ll be more likely to get the order faster than you would if you don’t tip.