Pansexual Nickelodeon Star: “I Still Don’t Know What I Am.” 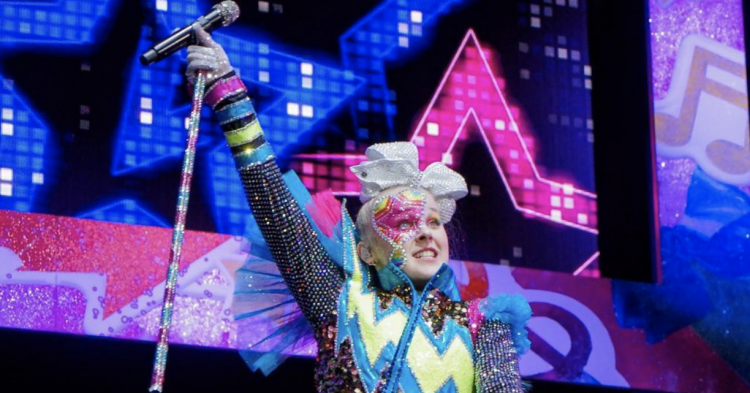 She’s amassed more than 3.6 billion views on her YouTube videos, but you still might not be familiar with children’s star JoJo Siwa. Although you may not know Siwa, you can bet that most teens and preteens are fans of her work. Recently, JoJo Siwa came out as LGBTQ and has promoted her story with vigor. Despite the inner journey that she is currently going through, the young star considers herself to be “an entertainer” and “the happiest human alive.”

Over the last few years, Siwa has accomplished a lot. After going back to school to earn her GED, she started working with video content. Now, she spends most of her days rehearsing, filming, and editing videos for social media, including the Chinese-created social media platform, TikTok. Additionally, she is at work for a new movie set to hit the silver screen this summer called The J Team. 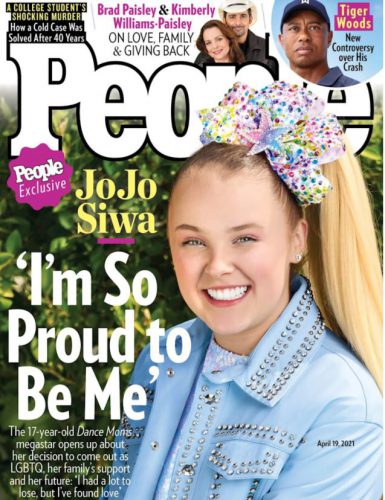 Besides liking macaroni and cheese and spending a lot of time on her phone, placing video calls with her girlfriend, 18-year-old Kylie Prew, Siwa also dedicates her time to musicians like Ariana Grande and television shows, including the Shonda Rhimes classic, Grey’s Anatomy.

“I go to the bathroom on my toilet with my face on it,” she said before bursting into uncontrollable laughter. “That’s normal. Right?”

Although Siwa loves her life, she does face her fair share of struggles. She opened up about what she has been going through, in her personal life, during her tell-all interview with the magazine.

“My struggles deal with being overworked and not getting any sleep,” Siwa said. “Do I ever have breakdowns? Yes, of course, I do. I’m a teenager. There are a lot of times where I just will throw my phone down and lay on my bed and look at the ceiling and cry for a second.” 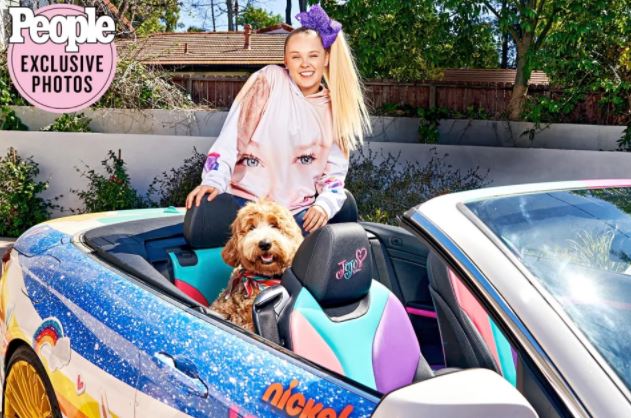 Jojo Siwa was born right around the time Facebook was created. That means her entire life has been consumed with phones and devices. She loves her phone in a way that many adults simply would not understand.

“My phone keeps me connected to the world!”

When Siwa came out as LGBTQ in January, she didn’t know how the world would react. Fortunately for her, she was accepted as she was. And she dove in headfirst by declaring her love for girlfriend Prew.

“She never cares what the internet said about us,” she said. “It’s nice to have somebody in my life like that.”

Still, JoJo Siwa finds it difficult to put a label on herself.

“I still don’t know what I am. It’s like, I want to figure it out. And I have this joke. Her name is Kylie. And so I say that I’m Ky-sexual,” she said. “But like, I don’t know, bisexual, pansexual, queer, lesbian, gay, straight. I always just say gay because it just kind of covers it or queer because I think the keyword is cool.”

However, she does identify as queer.

“I like queer,” she added. “Technically, I would say that I am pansexual because that’s how I have always been my whole life is just like, my human is my human.”

What do you think about this young star coming out proudly as LGBTQ?