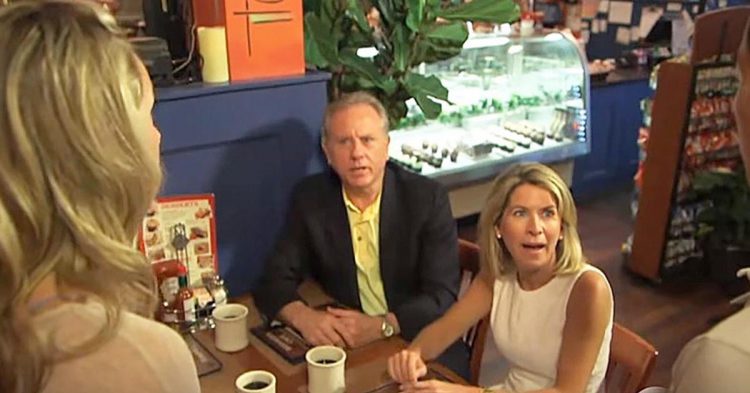 Nothing I can think of requires as many skills as being a parent. You need to have a lot of patience, be able to teach and mentor, have the ability to listen, be a leader and role model, and constantly manage expectations. Being a parent is hard. It is a lifelong journey. So when two parents sat down with their adult daughter to meet the man who proposed to marry her, they are excited and nervous to see what he is about.

But the parents and daughter in this scenario are actors on the hidden camera show What Would You Do? And they’re on a secret mission to see how the people around them will respond when the parents lambast the young man because of his race.

As a husband in a mixed-race marriage, let me tell you racism is alive and well in America. I have experienced it first hand in public encounters around the country including in places like Seattle, Washington, New York City, and Florida. People notice mixed-race couples. Some people have come up to us and challenge our decision to marry. Others come up and congratulate us on over-stepping racial barriers. Either way, we get noticed. And the couple in this What Would You Do? episode are experiencing criticism too. But this comes from a much more personal source – the daughter’s racist parents.

At first, Madison’s parents are excited to meet their daughter’s fiancé. They have decided to meet him in public at a restaurant. And he is running a bit late. They notice that their daughter, Madison, is happy and excited to grow the family. And she thinks they’ll love the man whom she loves. But she is wrong. She underestimates her parents, and their faces drop when they see that the man who walks into the restaurant is Asian and not white.

Because Eric looks different than their daughter, her parents are furious. They are disappointed in Madison for accepting a proposal from a man who is not white. In the 21st century, you’d think this type of behavior would no longer exist, but it does. However, it is never as obvious as you’ll see in the skit on the reality show.

Fellow restaurant goers cannot help but overhear the terrible and insensitive remarks Madison’s parents are using. But that’s part of the show. People are supposed to overhear the horrid conversations. The producers want to see if average people will stand up to the racist parents and encourage the love between the Asian man and the Caucasian woman. And they do. When they are able, fellow customers encourage Madison and Eric to follow through with their love despite her parents’ disapproval.

In the video, you’ll see average people like yourself standing up in the name of love. They refuse to let the stuck-in-the-past parents kill the love between the two young adults. It shouldn’t matter that he is Asian and she is white. They are in love.

What do you think about the clip? Would you have said something if you overheard this?