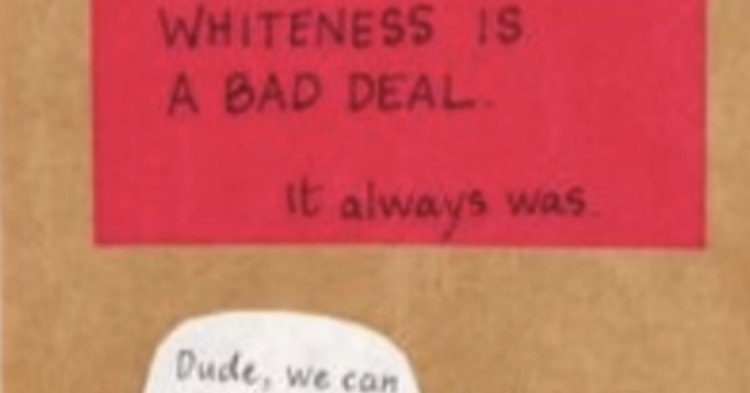 A private elementary school in Manhattan, New York, has come under fire for teaching students critical race theory. As the latest exclusive institution to be criticized over its curriculum for teaching critical race theory, some parents are outraged that the $55,000-per year primary school features a book written for children that include one image that depicts a devil figure offering the reader a chance to sign the “whiteness contract.”

Chris Rufo, an anti-critical race theory proponent, created a list of schools that were using a book written by female Anastasia Higginbotham. Rufo’s list of schools, which number over one dozen, included a school for Native American students as well as the $55,000 per year Corlears School in Manhattan’s Chelsea neighborhood. 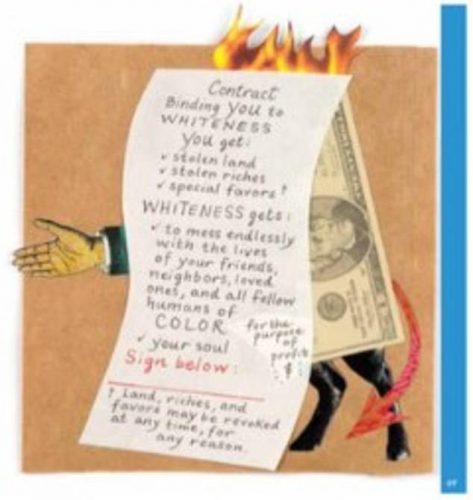 Corlears encourages parents of students over the age of eight to read Higginbotham’s book, NOT MY IDEA, to inform the students’ views on race in America. Nevertheless, Rufo believes this is a very bad idea given some of the complicated issues presented in Higginbotham’s book.

Rufo claims the book “traffics in the noxious principles of race essentialism, collective guilt, and anti-whiteness.”

In the book, a devil figure with a pointy tail and fire coming out of his head presents the reader with a “whiteness” contract that promises many great things in exchange for horrible deeds. Readers are given a chance to review the “contract binding you to whiteness,” which if signed will net them “stolen land, stolen riches, and special favors,” at the cost of one’s “soul” to “mess endlessly with the lives of your friends, neighbors, loved ones and all fellow humans of COLOR.” 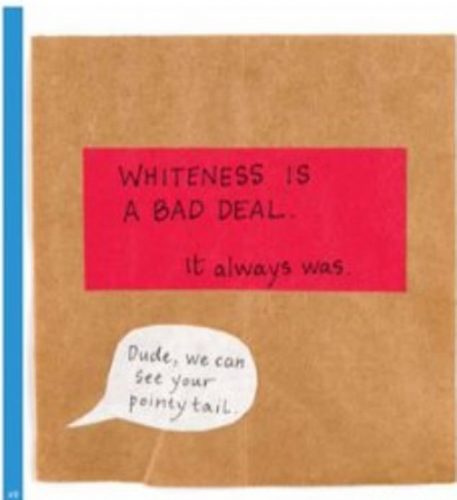 The contract includes fine print that states, “Land, riches, and favors may be revoked at any time, for any reason.”

The book offers the following commentary on the “whiteness” contract presented by the devilish figure on the previous page. “Whiteness is a bad deal. It always was,” the book declares.

Rufo also pointed out how the book asks children to fight against white supremacy. The book claims that students can become a force in opposition to white supremacy if they learn about it and see how it hurts the lives of people of color.

The book also teaches young readers that “Skin color makes a difference in how the world sees you and in how you see the world,’ and ‘your skin color affects the most ordinary daily experiences.”

The book also states, “Racism is a [W]hite person’s problem, and we are all caught up in it.”

Rufo is currently involved in a lawsuit fighting an Illinois school district that included Not My Idea as part of the class activity. Drama teacher Stacy Deemar is working with the Southeastern Legal Foundation as part of Rufo’s legal coalition to file a lawsuit against Illinois’ Evanston-Stokie district, claiming that students and staff are being treated differently depending on the color of their skin.

The lawsuit claims that teachers had to undergo “antiracist training.” The lawsuit lists Not My Idea as an example of how the district is discriminating against white people.