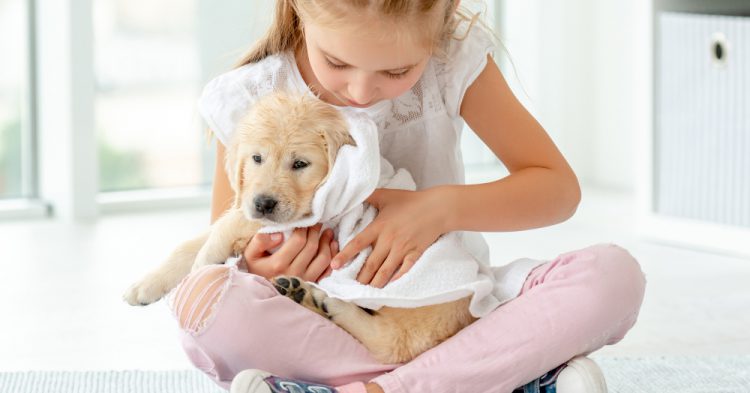 Owning a pet is a major responsibility. You have to exercise them, feed them, and make sure they get the care they need when they’re under the weather. But if you’re both the parent to a pet and the parent to a child, then you need to take extra precaution. Although children and pets usually get along very well, parents need to make sure that their small children do not mistreat pets lest they want to create a problem that could result in the child being hurt – or worse.

If a dog does end up hurting a child after it was provoked, the animal will likely be the one who gets punished. In reality, the problem lies with the parent who failed to preserve the relationship balance between the animal and the child. If parents let their children mistreat the family dog too much, it could result in an attack that otherwise would have been prevented. If that happens, the dog will either be rehomed or euthanized, which can be a tragedy for the entire family. 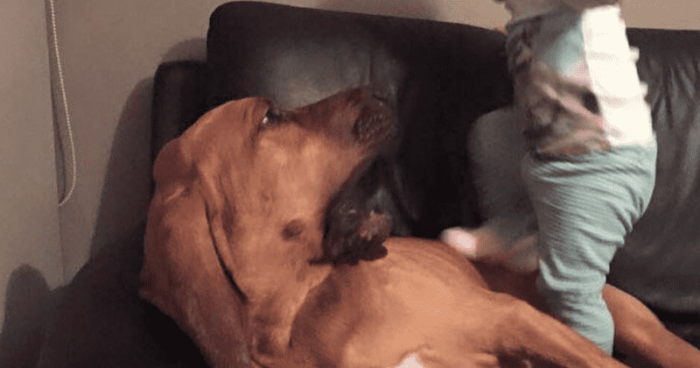 The conversation was started when someone uploaded a video of a child aggressively stepping on a dog. Although the canine seems to be trying to accept the abuse in good humor, the child is really trying to hurt the pooch.

“Eventually, it will come to a head, and the dog will have enough. This child will be injured, and this dog will be labeled aggressive and rehomed or likely euthanized.”

Another person responded with, “Even the sweetest animals bite. Even the most patient hit their limit. And most of the time, it’s the human’s fault. And all of the time, the animals pay the consequences. Teach kids to respect animals.” 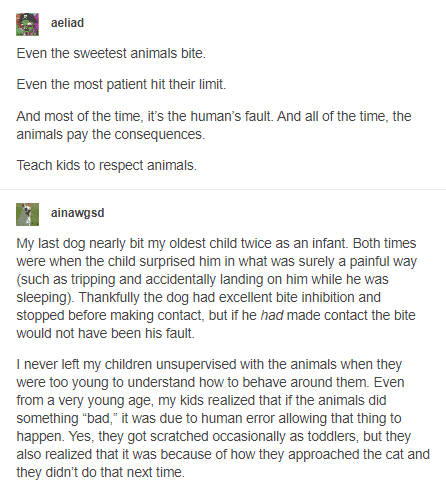 In response to that message, another critic wrote: “My last dog nearly bit my oldest child twice as an infant. Both times were when the child surprised him in what was surely a painful way (such as tripping and accidentally landing on him while he was sleeping). Thankfully, the dog had excellent bite inhibition and stopped before making contact, but if he had made contact, the bite would not have been his fault.”

This person continued, “I never left my child unsupervised with the animals when they were too young to understand how to behave around them. Even from a very young age, my kids realized that if the animals did something ‘bad,’ it was due to human error, allowing that thing to happen. Yes, they got scratched occasionally as toddlers, but they also realized that it was because of how they approached the cat, and they didn’t do that next time.” 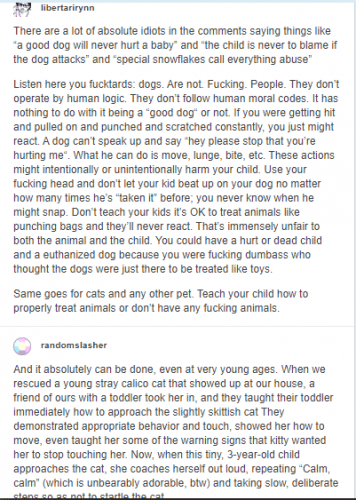 If a child does not know how to behave around a dog, then the animal might snap and hurt the child. But accidents can still occur. Even if the dog is well-trained, it might be taken by surprise and lash out and bite.

That’s why one person urged parents to stop letting their kids mistreat dogs.

“It’s not cute. It’s not funny. It’s not playful. It’s dangerous and stupid. The dog and child pay the consequences for the parents’ lack of common sense.”