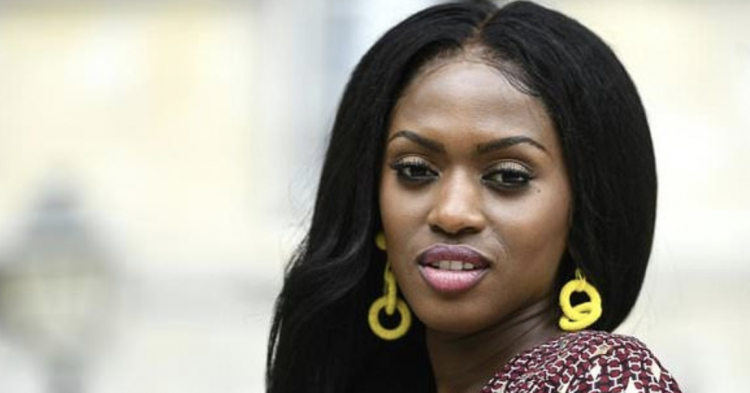 Netflix finds itself in hot water as American lash out at the streaming service for featuring a French film that “fetishizes and sexualizes young girls and could encourage pedophilia.” In the wake of the controversy, Senator Ted Cruz has acted on behalf of outraged Texans to write a letter to the Department of Justice to the attention of Attorney General Bill Barr, urging him to investigate Netflix and why they were so intent on inundating the American audience with “Cuties.”

Although the name of the film might bring to mind images of unicorns and rainbows, “Cuties” on Netflix is anything but that. The film, which includes a number of “explicit and abusive scenes,” including one in which an eleven-year-old girl is asked to perform a sexualized dance, appeared on the American streaming service a few days ago. 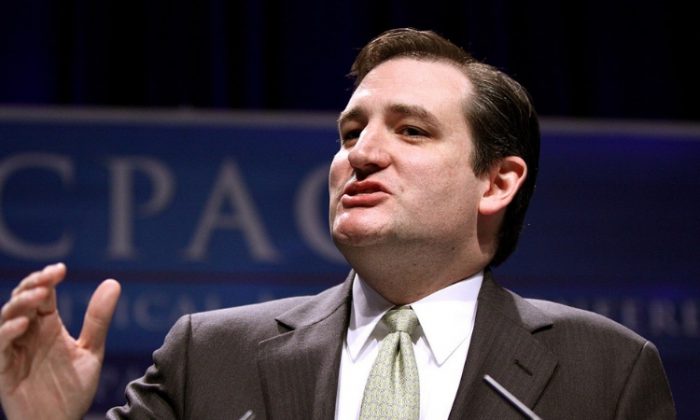 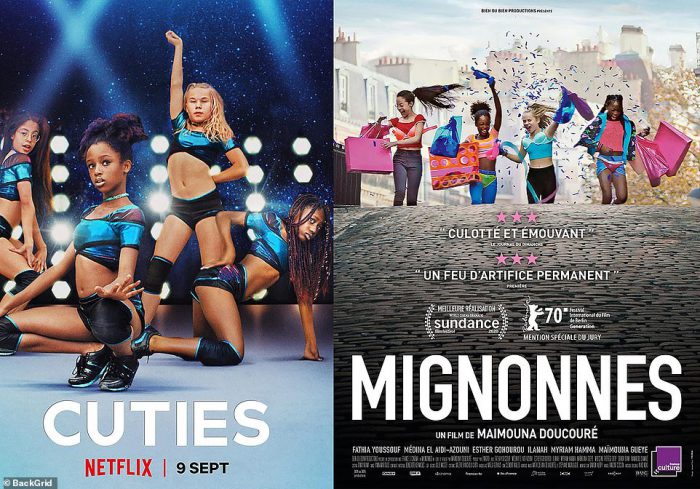 The film includes scenes that feature “partial child nudity” and also has a scene that reveals “a minor’s bare breast,” according to the Texas senator. Cruz fears that “Cuties” will inspire a whole new generation of pedophiles by giving them easy access to such content. He fears pedophiles will use the French film “in abusive ways” as they push to make more and more movies that include “explicit and abusive scenes” involving children and minors.

The French film follows a group of young girls in a dance group. Because they are performing in the movie, they are dressed in revealing clothing that has shocked the American audience. The dance choreography is also very racy for such young dancers.

According to Cruz, “The film routinely fetishizes and sexualizes these pre-adolescent girls as they perform dances simulating sexual conduct in revealing clothing including at least one scene with partial child nudity. These scenes in and of themselves are harmful.”

The Senator fears that “it is likely that the filming of this movie created even more explicit and abusive scenes, and that pedophiles across the world in the future will manipulate and imitate this film in abusive ways.” 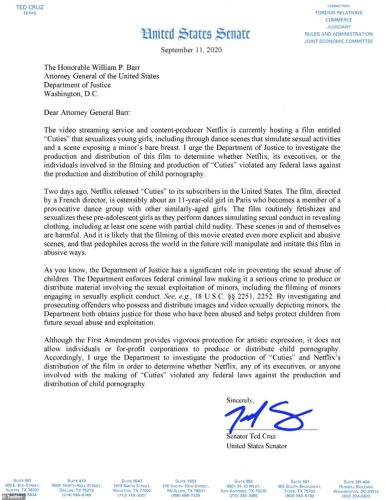 While Ted Cruz does not want to step on Netflix’s First Amendment rights, he does want Netflix to be able “to produce or distribute child pornography.” That’s why he has urged Attorney General Barr “to investigate the production of ‘Cuties’ and Netflix’s distribution of the film in order to determine whether Netflix, any of its executives, or anyone involved with the making of ‘Cuties’ violated any federal laws against the production and distribution of child pornography.”

Cruz’s call to action comes at a good moment because the #MeToo movement, which is popular among liberals, showed that many Hollywood executives like Harvey Weinstein used their power to abuse and torment female victims, including, in some cases, underage girls like those featured in Cuties.