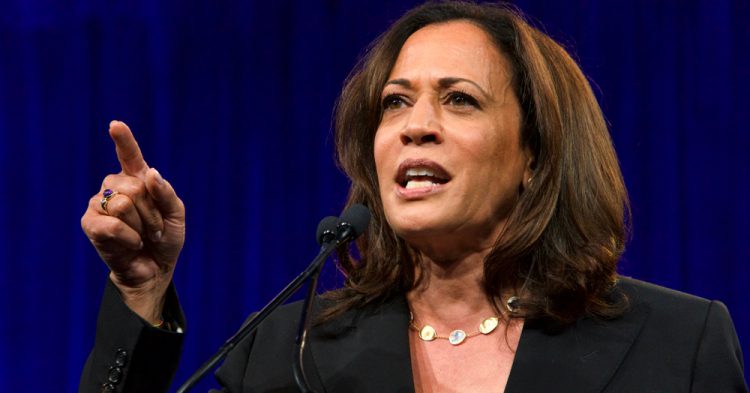 Although Vice President Kamala Harris might frequent the headlines because of her high-profile job in the American government, her stepdaughter is starting to step into the spotlight as well. Twenty-two-year-old Ella Emhoff flashed her washboard abs during an appearance in Paris Fashion Week this March while presenting a ready-to-wear outfit by the Italian label. Ella is not Harris’s flesh and blood – she’s the daughter of Second Gentleman Doug Emhoff and his first wife, Kerstin.

Ella’s appearance in Paris made headlines because she was showing off her body in the outfit. Her stomach was exposed over the drawstring pants. The young model wore her dark curls loose about her shoulders and had a white Miu Miu handbag with matching shoes. She also wore her signature wire-rimmed glasses to punctuate her look. 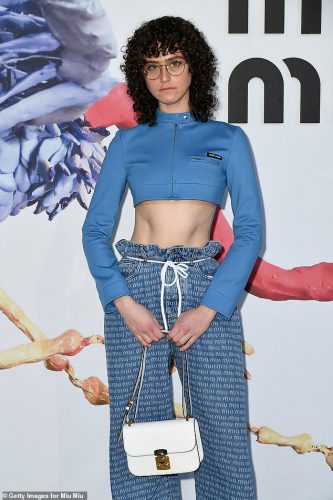 “It doesn’t feel so daunting,” Ella said to Women’s Wear Daily regarding her appearance in Paris Fashion Week. “I understand what it takes – sort of the emotional and physical drain that happens. It’s all about the balance of going out, meeting people, and having fun but also taking the time to relax.” 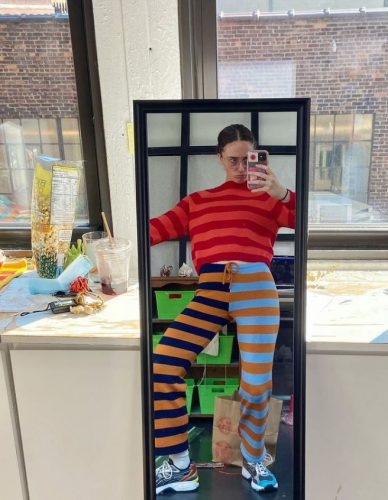 Last year, the fashion world was introduced to Ella when she appeared on the scene at President Joe Biden’s inauguration in January 2021, wearing a Miu Miu tartan coat with crystal-encrusted shoulders.

Last year was a big year for Ella. She celebrated her graduation from Parsons School of Design and starred in her first Vogue photoshoot. Last year, she also debuted on the haute couture runway at Balenciaga’s show.

In addition to her work as a high-fashion model, Ella Emhoff also works hard to create her own fashion. She recently turned to social media (this happened back in January) to alert her followers to her new handmade knitwear line that would be released in 2022. 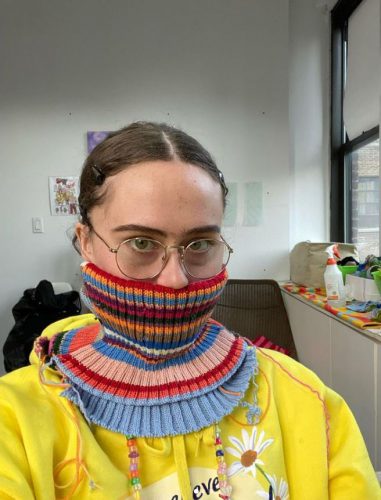 In an Instagram post from January, the young model told her followers and fans to “mark your calendars” because her unique knitwear line would be released on her personal website by the “end of March/early April.” 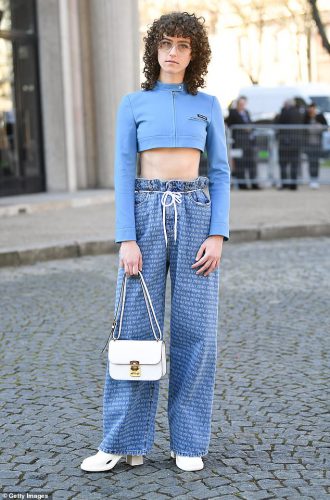 During a conversation with Women’s Wear Daily, the young model and fashion designer said, “I’m a one-woman show. It’s been extreme labor of love. It’s cute and as authentic to myself as I can be.”

Ella’s appearance in Paris made headlines because she was showing off her body in the outfit. Her stomach was exposed, and people were quick to praise her for having such a fit physique. However, Ella isn’t just a pretty face – she’s also got brains. She graduated with honors, and she’s been modeling since she was 17. She also has her own fashion line that she designs and manufactures all by herself. So, the next time you see a headline about Kamala Harris, don’t forget to check out her stepdaughter – she’s definitely one to watch!