Police Are Looking For The Scum That Abandoned This Dog And Her Six Puppies, Leaving Them To Die : AWM

Police Are Looking For The Scum That Abandoned This Dog And Her Six Puppies, Leaving Them To Die 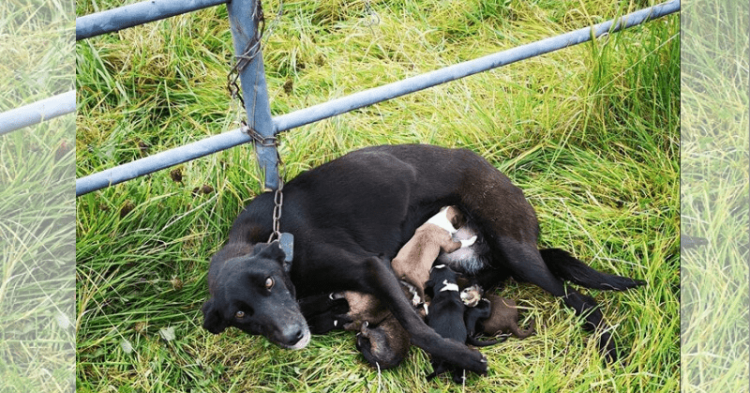 When a dog owner no longer wanted to deal with a dog and her six puppies, they chained the mamma to a fence and left her to die. Only God knows how long the dog was left to suffer alone in the hold before rescuers happened upon her and introduced her to the good people at the Irish Society for Prevention of Cruelty to Animals (ISPCA).

Because the mother was tied to a gate and abandoned, she would have died if it weren’t for the good people who happened upon her. With six puppies struggling to nurse off the neglected and starving mother, all of them would have met their end if she had not been saved. 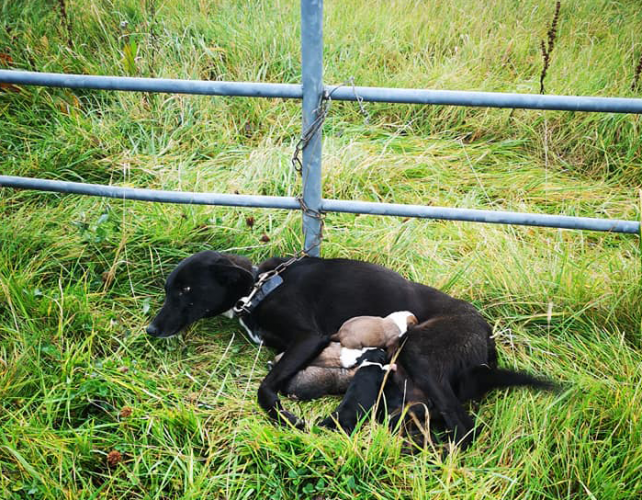 The mother was found in the small town of Elphin after a Good Samaritan found her and alerted the authorities. Elphin is located in County Roscommon in Ireland. The Good Samaritan happened to be out for a walk when they saw the mother struggling to deal with the puppies who were clinging to life.

The dog was chained to a gate near desolate farmland. The mother was chained in a position that did not do anything for her comfort, and the six puppies were all desperate for rescue.

Because of the way the mamma dog was locked up, she could not easily nurse her puppies. This left her in a state of desperation as the mother struggled with all her instincts to feed the little ones. Meanwhile, the puppies were so young – they had no even opened their eyes yet – they did not know what to make of the world they had been born into. It was so cruel and meant to them. 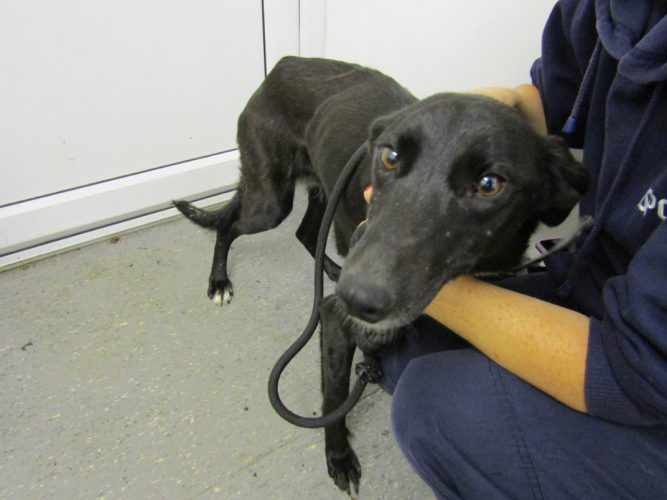 Thankfully, officials unlatched the dog from the fence and brought her and her puppies to the local ISPCA. There she met the first kind-hearted people she had come into contact with her recent memory.

The mother was named Emmy Lou, and her babies were called Billy Ray, Dolly, Dixie, Dotty, Patsy, and June. While it is not clear why the mother and her puppies were abandoned, it is clear that the person who did it was cruel. The most likely reason for the abandonment is that the owners did not want to deal with the litter of puppies, which can be a large responsibility for anyone who has ever dealt with that before.

Authorities also do not know how long Emmy Lou and her puppies were chained to the gate. However, it did not seem to belong enough for the lot of them to perish. If cold weather had descended over the Irish countryside, then the family of seven could have died. 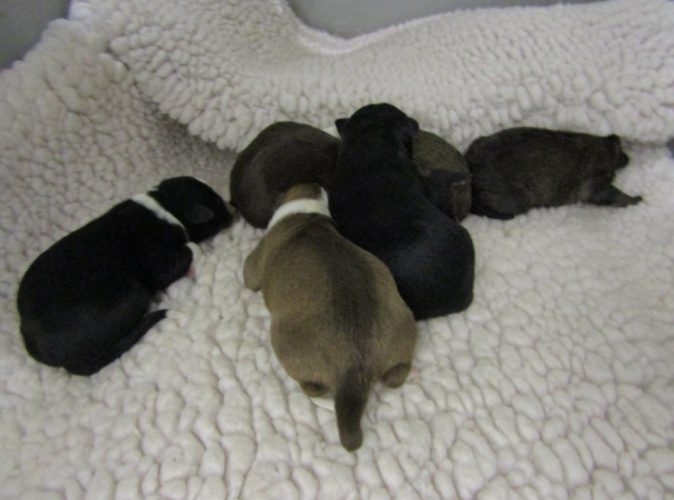 When they were taken to the pet center, they were all examined and given a clean bill of health. Fortunately, the Good Samaritan happened upon them before they got sick or anything.

Manager at ISPCA, Hugh O’Toole, said that since these dogs were abandoned without shelter or food, the person “most definitely put (the mother) along with her young puppies’ lives at risk.”

What do you think about this story?