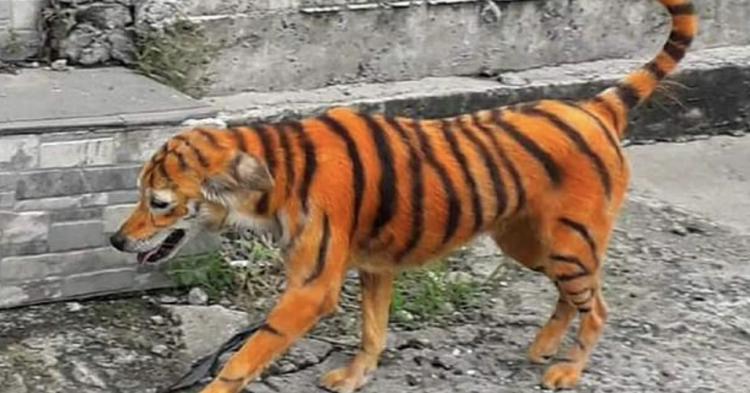 In Malaysia, a dog was painted to look like a tiger and then released on the streets. The prank caused much terror and confusion across the part of Malaysia. But not only did this terrify people, but an animal rights group from Malaysia also wants to find the person who painted the stray dog and bring them to heel. The dog was painted orange with black stripes, so it resembles a tiger. 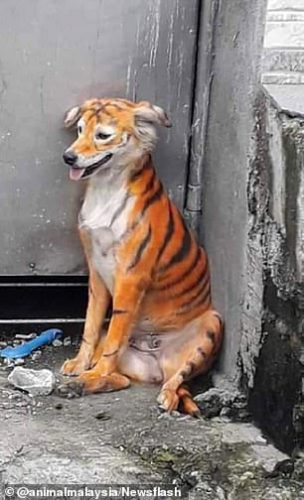 A spokesperson from the group made it clear that they were going to stop at nothing to track down the punk who painted the pooch to resemble a tiger. The person turned to Facebook to share an update on their investigation.

“Help Animal Malaysia identify the location and who this animal belongs to. A mystery reward awaits those who come forward with complete information on the incident.” 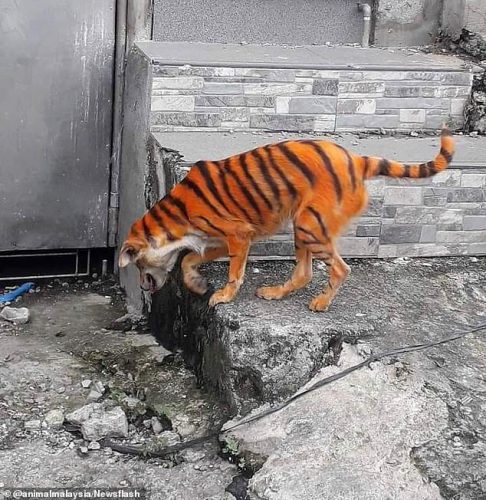 While the animal rights group will work tirelessly to find the person who painted the dog and then set it loose on the streets, it is not immediately clear if local authorities are as equally invested in the hunt for the perpetrator. However, the group has power in the Asian country and will be abler to mobilize concerned people in the area who care about animals.

Social media users shared their outrage that someone would do this to a dog.

“Jessie Jye,” on social media, said: “The dog has to take a bath and have its coat shaved to get rid of all the chemicals. Sorry dog, remember the thug who did this to you.”

Laura Francis, on Facebook, said: “The dog’s face is sad, such a shame.” 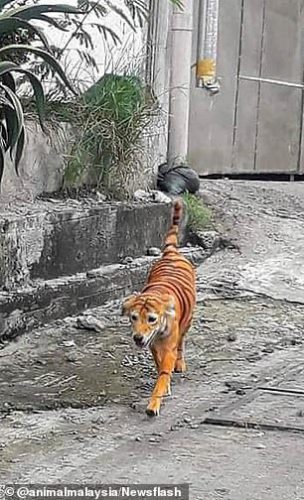 Hundreds of people shared comments about the animal abuse on Daily Mail. Some were more outraged than others.

“All I can think of is that the poor fella probably loved having someone spend time with him. That’s the cruelest bit of it for me. They spent that much time with him and just left him on the streets,” wrote one person.

Another shared, “No doubt depends on the artist if this is deemed good or bad. If it is a 12-year-old rough-looking kid, it is wrong. If it’s Banksy, it is a work of art!”

“What do you think would happen to the dog if somebody mistook it for a young tiger roaming the town at night? If they had a gun, would they say it looks cool, or would they try to shoot it?”

While some people questioned whether the dog was even harmed in the incident, one person stepped forward to explain that the dog could be hurt.

“It depends what kind of paint was used on the dog, you can get some that is designed for that purpose, but if it’s just normal spray paint, then it will be toxic to the dog.”

What do you think about the stray dog painted to look like a tiger?