Police Have Caught The Thugs Who Have Robbed 177 Elderly Women 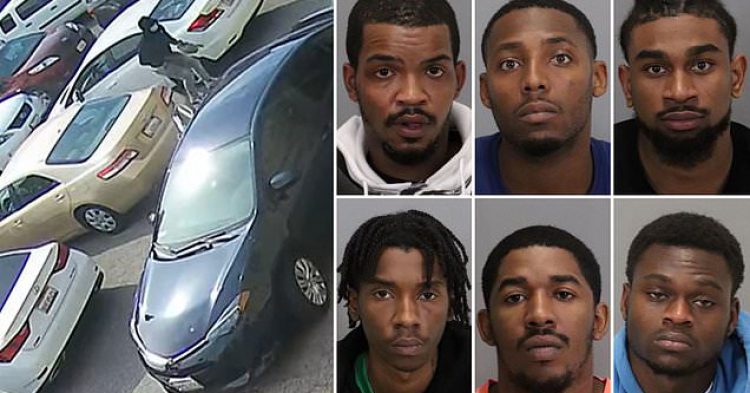 A gang of suspected criminals has been targeting some of the most vulnerable people in San Jose, California. At least six suspects have now been arrested in connection with a string of robberies targeting 177 elderly women in the San Francisco Bay area. In an announcement on Wednesday from the San Jose Police Chief Anthony Mata, it was said that San Jose police had arrested six men following a year-long investigation into the “prolific robbery crew” that targeted the area’s elderly women, especially around the city’s Little Saigon neighborhood.

The men who were arrested and charged in relation to the string of 177 robberies, according to the Daily Mail, are Anthony Michael Robinson, 24; Cameron Alonzo Moody, 27; Derje Damond Blanks, 23; Hassani Burleson Ramsey, 24; Clarence Jackson, 21; and Malik Short, 21. 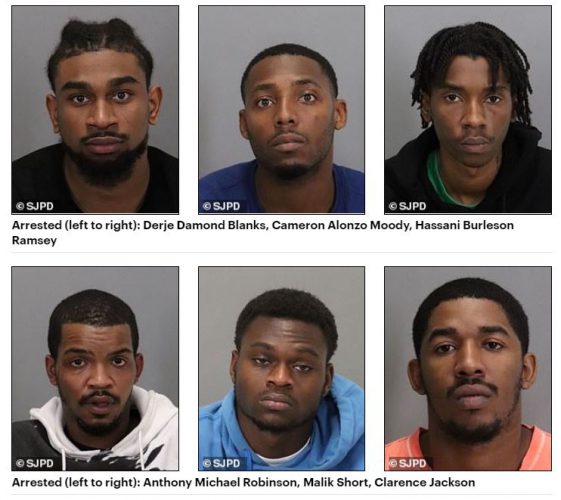 Why did these men allegedly target old ladies? According to San Jose Police Chief Mata, the answer is simple: “‘They believed that they were easy targets and that they were going to have large sums of cash.”

Authorities believe that this group of six men is responsible for as many as 177 robberies in the Bay Area – and that includes at least 70 incidents in San Jose alone. Unfortunately, many of the elderly old ladies in the robberies were injured as a result of the attack.

The attacks occurred nearly every day from October 2020 to September 2021. The group developed a pattern when robbing old women. They’d profile old Asian women who were walking through parking lots of businesses like grocery stores. The robbers would block the old lady’s car in with their own vehicle and then snatch the victim’s purse and other valuables. They’d damage the vehicle if the victim did not immediately comply, smashing windows if they needed to.

These men are charged with robbery, elder abuse, and assault likely to cause great bodily injury. They face decades in prison if convicted of the robberies.

With the rise of anti-Asian violence, elderly Asian women in the Bay Area have not felt safe for a few years.

“If you were an Asian female in certain parts of San Jose, it would feel — and it actually was — unsafe [at] certain times of the day to go to the bank, to go to the grocery store,” McKeown told the Post. “And so it absolutely created an atmosphere where … on any given day, you could have been victimized.”

At a press conference, District Attorney Jeffrey Rosen said: “I have a message to all the hardworking and good people of Little Saigon and to the people who have preyed upon them. This is my neighborhood… and it’s Chief Mata’s neighborhood.”

It is heartening to see the police take such swift and decisive action in catching these thugs. Hopefully, this will bring some peace of mind to the elderly women who have been victimized – as well as send a message to any would-be criminals that San Jose will not tolerate this type of behavior. Stay safe, everyone!