Pregnant Mom Skips Church To Go For A Swim, But God Had A Plan All Along : AWM

Pregnant Mom Skips Church To Go For A Swim, But God Had A Plan All Along 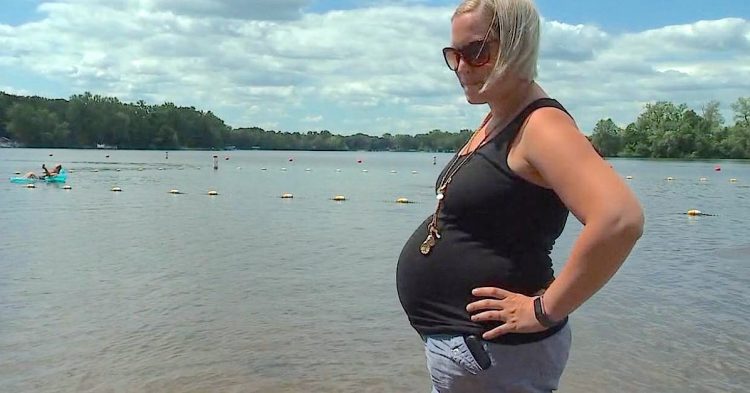 Every single Sunday looks the same for Stephanie Swedberg. She wakes up in the morning and prepares herself for a day dedicated to her savior Jesus Christ. Since she got pregnant thirty-three weeks ago, things had not been exactly the same. Her morning routine had shifted as her body adapted to the challenges of pregnancy. Although she’d given birth to her three-year-old twin boys, this time was harder than the last.

On Sunday, Stephanie woke up and felt called to do something out of her routine. Being thirty-three weeks pregnant, she knew that she would not have much time alone with her twin boys. Their life was about to change dramatically, and she decided that she wanted to give the boys swimming lessons while she still could give them her undivided attention.

While Stephanie knew that time was growing short with her twin boys, that she’d soon find herself giving all her attention to a newborn baby, she never expected her simple shift in Sunday plans to end up resulting in a viral moment.

The Centers for Disease Control and Prevention list drowning as the number one cause of death among children ages one to fourteen. Stephanie was doing the right thing by trying to teach her toddler boys some basic swimming skills.

Not only was swimming a big part of her life, a passion for her, she’d previously served as a lifeguard for five summers of her life. She was a pro, to say the least. While she was always up on the bench looking for people to save, she never had to put her training to use. That was a good thing.

But on this day of all days, while she tried to teach her toddler twins basic swimming skills, while she was 33-weeks pregnant, she saw something she’d never encountered before. A small boy was struggling to survive. He was among a group of older boys at the Crystal Beach Park in Burnsville, Minnesota. And he was drowning. Stephanie was sure of it as she had never been sure of anything before.

She watched as the mother of the drowning boy bolted toward the water. But she didn’t know what to do. She couldn’t reach her boy. It was Stephanie, with her latent lifeguard training, who heeded the call for help.

Handing her twin boys to her sister, Stephanie dove into the water and swam out to the dying child. Although she was 33-weeks pregnant, she rushed out into the deep water to rescue the boy from certain death by drowning. It was almost as if God had wanted her to miss church this particular Sunday so she could be in the right place at the right time to save the drowning boy.

In the video report from KMSP, you’ll hear from Stephanie and what it was like for her to push her body to the limit to save the life of the child.

Stephanie hopes her story inspires other parents to teach their children to swim.

What do you think about this amazing story?