Protesters Are Shooting Fireworks In People’s Faces During The Riots 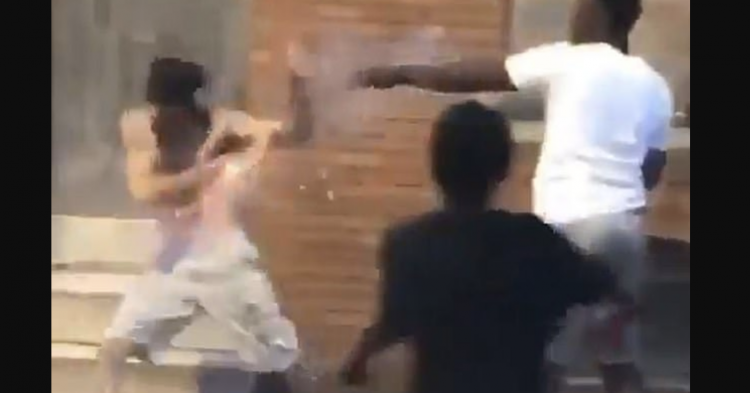 It’s been about a month since George Floyd was killed by a white police officer from the Minneapolis Police Department. In that time, other unarmed Black Americans have been killed, and people across the country are calling for a change in the way police departments handle these violent incidents. However, some protestors are taking things too far and inciting their own violence to make a point, including a group of male protestors from Baltimore, Maryland who blasted fireworks into the faces of white counter-protestors and laughed about it.

The footage may have been taken in Baltimore, but it has spread across the country shockingly fast. People in Baltimore and many other cities across the United States are upset with how white police officers seem to be able to get away with murder when the victim is an unarmed Black American. In response to this issue, people are launching illegal fireworks into the air – and at other people – to drive home their discontentment with the way law enforcement is run in America. 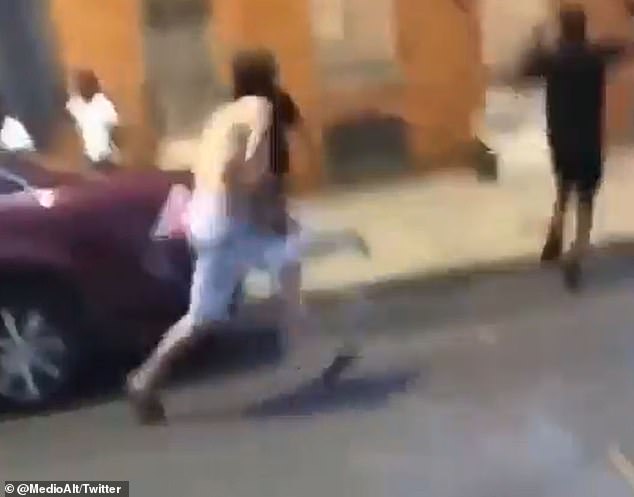 In the footage included below, which was taken on a cellphone camera, a group of at least nine men is seen loitering in the middle of a road. They are in possession of fireworks that are bought and sold legally in many states across the country. However, in Baltimore, fireworks are illegal.

“It’s mayhem. It’s a lack of understanding about what it means to live in civil society,” said Janet Miller, a Baltimore resident. “It’s hard to continue to live here and feel safe.” 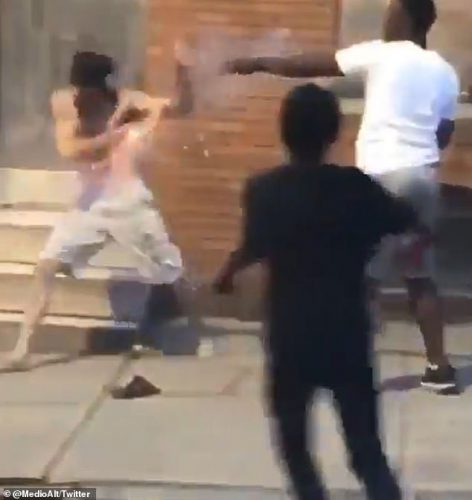 The group of men seems to have set their sights on harassing one shirtless man. The man flees from the group of people as they light their fireworks and take aim on his shirtless torso.

However, the shirtless man cannot find a way out of the mayhem. He backs himself into a wall where he becomes an easy victim. At this point, the group of rioters aim their fireworks at the guy and let them loose in one explosive display.

As projectiles fly through the air at him, the man tries to block them from striking him down. But at such a close range, it is very hard for the man to block the flying bombs. 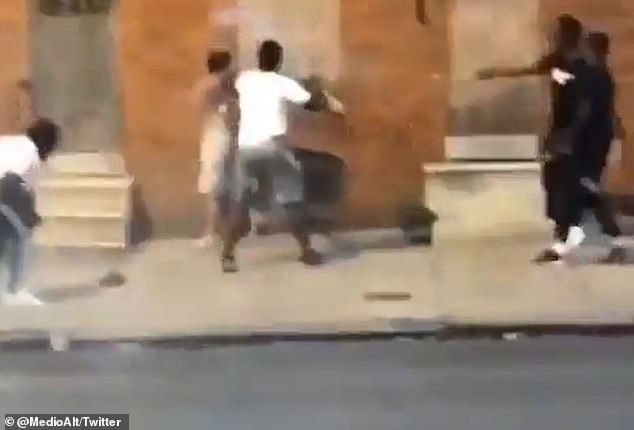 Although the cellphone footage captures the moment when the man gets bombarded with small fireworks, it is unclear what happened before the camera started rolling. Perhaps, the victim was a white supremacist who used racial slurs to incite the rioters to violence. Or maybe he is a genuine victim.

Nevertheless, Baltimore residents are shocked that people are turning fireworks into weapons. 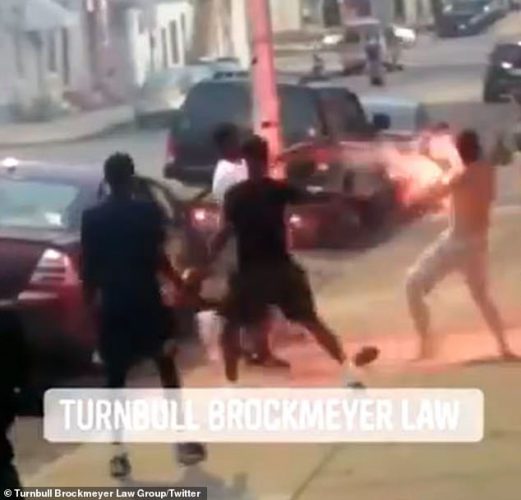 “You throw it the wrong way. It hits you in the face. You lose an eye. It can wedge into your belt, you know, you can have some serious injuries that way,” resident Dan Zywan, of Baltimore, told WBAL-TV. 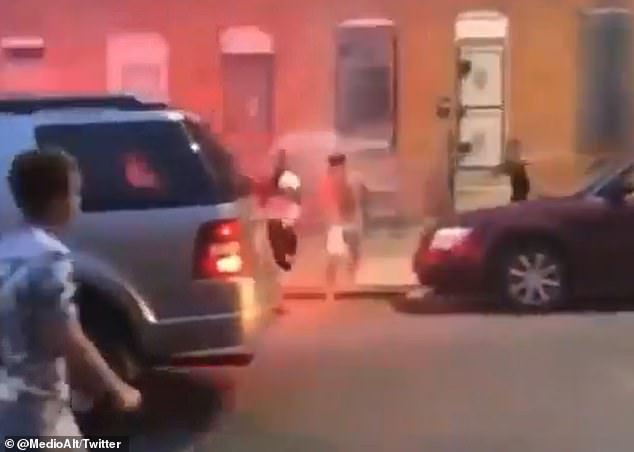 What do you think about the fireworks problem?