Saleswoman Gets Fired For Wearing “Inappropriate” Outfit To Work 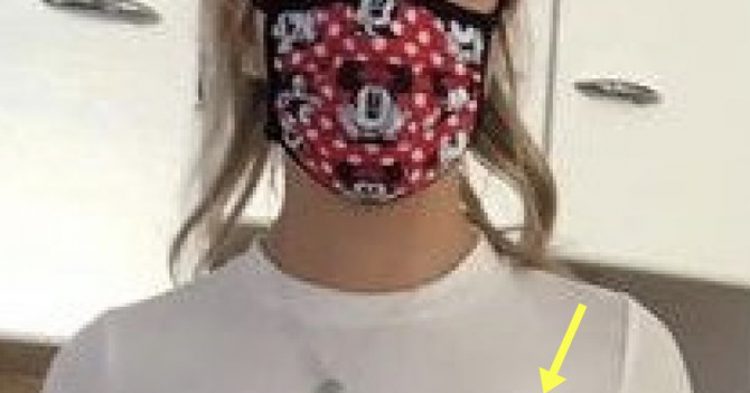 Caitlin Bernier, 20, believes she was the victim of sexist discrimination. The former Honda saleswoman was fired from her job when she showed up wearing a form-fitting white shirt and dark gray trousers. However, Bernier claims that she was fired for wearing the exact same outfit that she wore during her job interview at the car dealership. The hypocrisy of this decision shocked Bernier enough for her to turn to Facebook to share her thoughts.]

“I walked into work and sat at my desk, where I was immediately met by a female staff member. She had a sweater in her hand and said, ‘do you know your shirt is see-through? You have to either put this sweater on or go home and change.’” 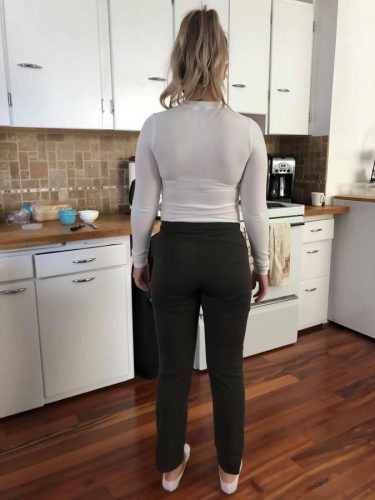 She added: “She then said that ‘the male managers are uncomfortable with what I was wearing and asked me too (sic) tell you to change or cover-up.’ As you can see in the photos, my shirt is not see-through. This even happened to be the EXACT outfit I wore the day I was interviewed and hired by the male management.”

Because she wore the same outfit before, Bernier was stunned that the dealership would be punishing her for having it on.

“I then said that I was not going to change since I felt that my outfit was appropriate and have worn the top days prior as well as for my interview, and no one had said anything to me. I also expressed that I was not going to be told by any male to cover up and follow the instruction when I know my outfit is fine just because they are somehow ‘uncomfortable,’” Bernier wrote. “I went to the HR lady, where she agreed with me that my shirt was not see-through and is fine for work. I was told that when the general manager (also male) got into work, then we would have a meeting. I ended up going home and asked them to phone me when the GM was in to have a sit-down meeting. Hours later, at home, I received a call from the GM, and he said, ‘I heard you wore something inappropriate to work and were not following the dress code or instructions when you were told to change, so I am letting you go.’ Keep in mind that he never saw what I was wearing.” 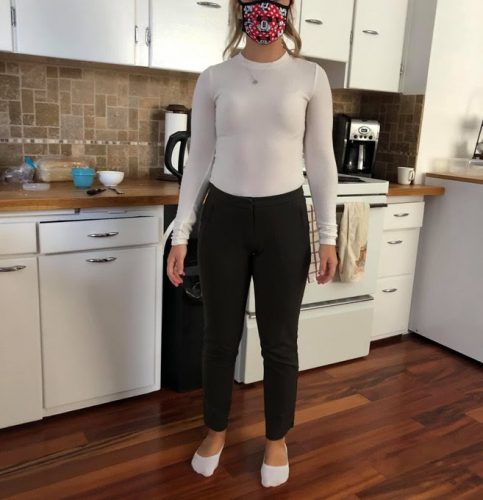 She added, “I feel discriminated against being the only female salesperson and not being given an opportunity to express my opinion to the GM or for him to even see what I was wearing. Working here, I have experienced sexual comments from male staff, but my top ‘made the males uncomfortable.’ I am writing this post to show that FEMALE WORKPLACE DISCRIMINATION is a real thing!” she concluded.

Meanwhile, Alberta Honda denies that Bernier was a victim. They spoke to CBC News about the incident and said: “It’s only if an employee refuses to comply with the dress code when given an opportunity, if they continued to violate the dress code on multiple occasions or if there were other issues surrounding their performance that we would consider taking further action,” the statement read. “We have reviewed the situation in question and are confident that our managers dealt with it appropriately given all of the circumstances involved.”