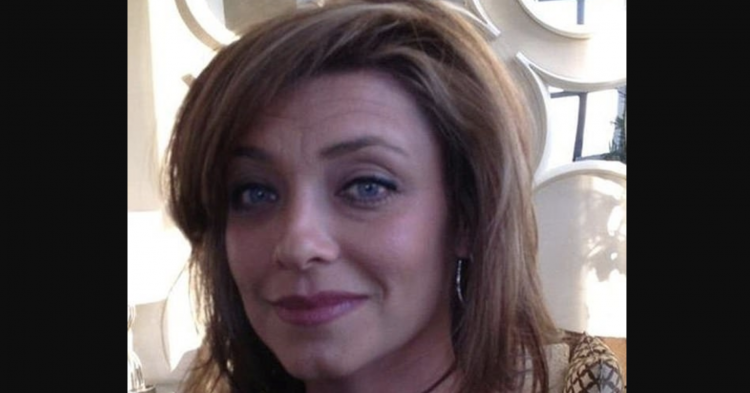 As an assistant principal at New Dorp High School, Deborah Morse-Cunningham earned a “modest” salary of $130,000. Despite earning more than twice the amount as the average American household, Morse-Cunningham had a bone to pick with “you people” who wear “$200 sneakers when you’ve never had a job or $300 Beats headphones while living on public assistance.” Because the assistant principal uploaded her views about white privilege for public consumption via a controversial Facebook post, she now may lose her high-paying job because of its racist connotations.

In the controversial Facebook post, which the educator has now deleted from public view, she questioned the world about privilege. 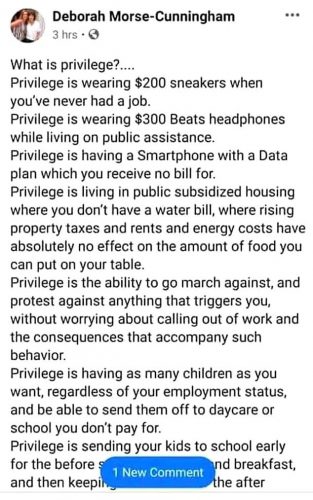 “What is privilege? Privilege is wearing $200 sneakers when you’ve never had a job. Privilege is wearing $300 Beats headphones while living on public assistance. Privilege is having a smartphone with a data plan which you receive no bill for. Privilege is living in public subsidized housing where you don’t have a water bill, where rising property taxes and rents and energy costs have absolutely no effect on the amount of food you can put on your table.”

The Staten Island educator has dug herself a rather deep grave when it comes to her career. Because she made it quite clear that she was talking about Black and Latino students, she has stoked the ire of tens of thousands of people, including parents from her district. Now 10,000 people have signed a petition demanding the New York educational system terminate her from her high-powered role immediately. 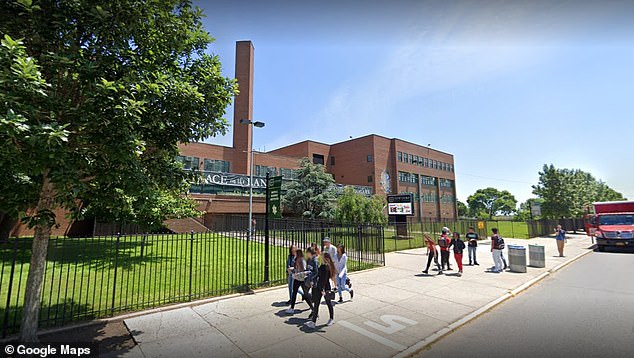 She wrote, “Privilege is the ability to go march against and protest against anything that triggers you without worrying about calling out of work and the consequences that accompany such behavior. Privilege is having as many children as you want, regardless of your employment status, and be able to send them off to daycare or school you don’t pay for.”

A parent noticed Morse-Cunningham’s racist Facebook post and started a petition online demanding that she lose her job for her discriminatory reasoning.

“Deborah Morse-Cunningham, a longtime educator and assistant principal at New Dorp High School on the South Shore of Staten Island, has decided to use her platform and social media presence to post anti-Black messaging during this time,” the petition stated. “She recently posted a rant to her public Facebook page, detailing vicious stereotypes and racial profiling directed at the Black community. As someone responsible for the tutelage of our youth, this is especially troubling and problematic rhetoric, to say the least.” 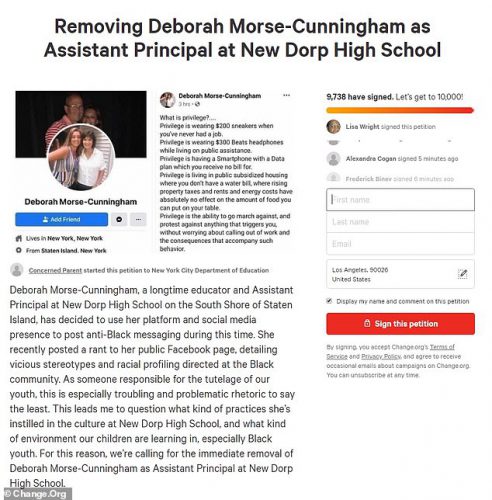 Now, Mayor Bill De Blasio admits that he is “concerned” about the Staten Island school official’s “racist” Facebook post. The school where she leads students has a 49 percent minority enrollment, with 60 percent of students listed as economically advantaged – AKA rich kids.

DOE press secretary Miranda Barbot confirmed an investigation had been launched: “The DOE stands against racism and schools must be safe and inclusive learning environments. Teachers and staff have a responsibility to uphold those values, and the principal reported this incident for investigation.”

What do you think about her statements?