Senator Forced To Apologize After Staging A Mock Assassination Of President Trump : AWM 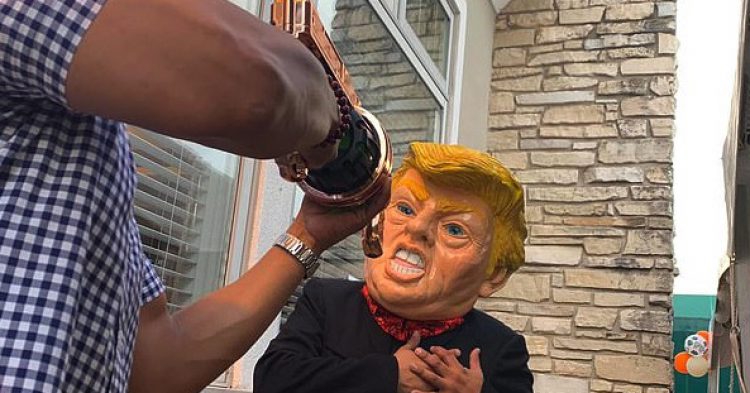 When supporters of a Democratic Senator staged a mock assassination of President Trump, the prominent leader of the Party was forced to apologize. The fake assassination took place at the Senator’s fundraiser dinner in Illinois and showed actors simulating the death by gunfire of President Trump. The performance was held at a $250 golf event for Senator Martin Sandoval of Illinois and was held in Winfield.

Although Senator Sandoval did not plan the mock assassination of the president, he quickly came forward with an official statement declaring the actions of the supporters as “unacceptable.” This comes only a few years after Kathy Griffin shared a photo of herself holding a likeness of Trump’s head after it was cut from the body. 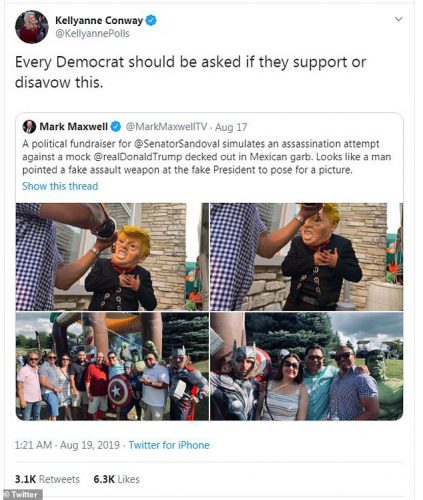 Sandoval is a State Senator in Illinois and has since apologized profusely for the violent production put on by his supporters. They are very unhappy with what President Trump is doing to the country.

In an image that either came before or after the simulation of the President’s assassination, Senator Martin Sandoval is pictured next to one of the men who were in the show. Sandoval represents the 11th District in Illinois.

The controversial mock assassination showed one man holding an assault rifle pointed at a likeness of President Trump wearing a Mexican costume. As the man with the assault rifle “fires” off a few rounds, the man in the Trump mask grabs at his chest as though he has been struck. Anyone who has been around little children playing cops and robbers knows how things go from here.

The mock assassination was one of the primary performances acted out before guests at Sandoval’s fundraising event. And when the pictures were shared online, people were outraged.

Sandoval never approved the mock assassination performance, at least not knowingly, and quickly called it “unacceptable” and not something he stood for.

“I don’t condone violence toward the president or anyone else,” he said. “I apologize that something like this happened at my event.” 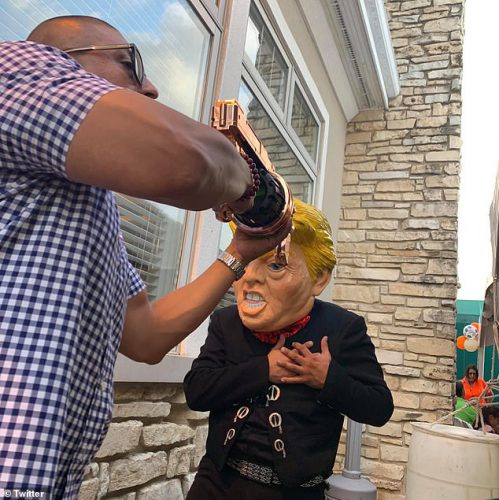 The suburban Klein Creek Golf Club hosted the event and allowed the mock assassination to take place. Donors paid at least $250 each to attend and see the fake assassination of the President unfolding on the stage.

Since the images made their way to the internet, Democrats and Republicans have taken turns judging the images and sharing their point of views on them.

Although critics understand that this was in line with the first amendment rights of these people, the image is certainly offensive.

Democratic Governor J.B. Pritzker criticized the photo, “As our nation grapples with the epidemic of gun violence, purposely pointing a fake gun at anyone is insensitive and wrong. I condemn actions like the ones displayed in the pictures because they lack the civility our politics demands.”

Kellyanne Conway, Trump’s confidante, and aide challenged all Democrats to either approve or condemn the images.

Other prominent Republicans claim that Senator Sandoval was too late in his apology for the imagery.

What do you think about these people organizing a mock assassination of the president?