Senator Gets Officially Disowned By His Family Because Of His Politics 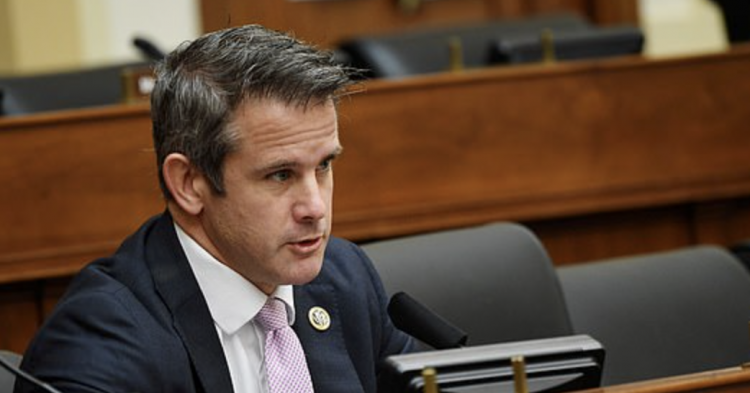 It takes a lot of courage to stand up for what you believe in. And in the cutthroat world of American politics, it can be even harder to stand up for what you believe is right. Now, GOP Representative Adam Kinzinger has been disowned by his family because he backed the impeachment of former President Trump following the fatal MAGA riot at the Capitol.

Eleven members of Kinzinger’s extended family pitched in to write a handwritten letter disowning him from the family. In the letter, which Kinzinger has since made public, the angry relatives write about how Kinzinger is a “disappointment” to the family and an “embarrassment,” in addition to being a “disappointment to God.” 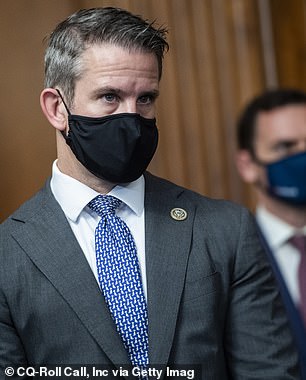 During an interview with the New York Times, the GOP representative explained that the note arrived for him only two days after he spoke about how Trump should be removed from office for inciting the January 6 attack of the United States Capitol building.

In the wake of the Trump supporter riot, Kinzinger urged Vice President Pence to invoke the 25th Amendment against Trump. This response caused the Republican’s family to lash out and write a letter letting him know that he has disappointed them. 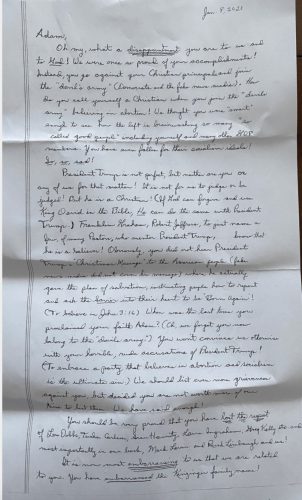 “Oh my, what a disappointment you are to God and to me!” the letter, dated January 8, begins. “We were once so proud of your accomplishments! Instead, you go against your Christian principals and join the ‘devil’s army.’” How do you call yourself a Christian when you join the ‘devil’s army’ believing in abortion! We thought you were ‘smart’ enough to see how the left is brainwashing so many.”

Then, the Republican lawmaker’s family accuses him and “many other GOP members” of “falling for (Democrats’) socialism ideals” and being “brainwashed” by the more liberal politicians.

Although the family members admit that Trump was “not perfect,” they turn it around and tell their GOP family member, “neither are you or any of us for that matter!” 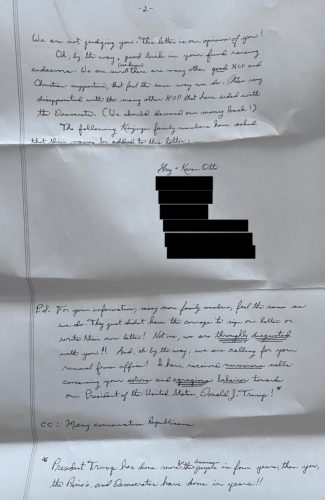 The letter continues, “It’s not for us to judge or be judged! But [Trump] is a Christian! If God can forgive and use King David in the Bible, he can do the same with President Trump. When was the last time you proclaimed your faith Adam? (Oh, we forgot your [sic] now with the ‘devil’s army’). You won’t convince us otherwise with your horrible, rude accusations of President Trump!”

“To embrace a party that believes in abortion and socialism is the ultimate sin,” the letter said.

The angry family members threw every punch they could at the young Congressman. They even went so far as to claim that Kinzinger lost the support of Fox News pundits and conservative talk show commentators.

“You should be very proud that you have lost the respect of Lou Dobbs, Tucker Carlson, Sean Hannity, Laura Ingraham, Greg Kelly, etc., and most importantly in our book, Mark Levin and Rush Limbaugh and us!,” they wrote in the January 8, 2021 letter.

“We are not judging you,” the family said. “This letter is our opinion of you! Oh, by the way, good luck in your fundraising endeavors. We are sure (we know) there are many other good GOP and Christian supporters that feel the same way we do.”