She’s Had Her License Plate For 15 Years, But Now The State Is Saying It’s “Inappropriate” 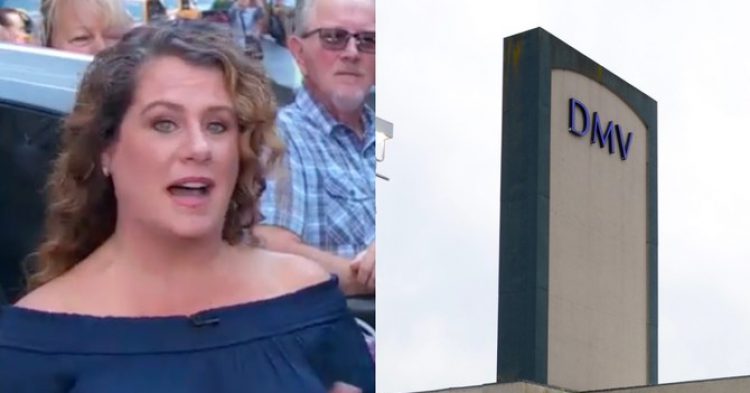 Vanity plates are a great way for car owners to express themselves. Because these people pay extra to get a special message or a grouping of letters and numbers onto their license plate, these vanity plates allow people to get creative and come up with some unique expressions. But sometimes the state governments and their departments of motor vehicles do not approve of controversial language and have to reject a vanity plate application.

But Wendy Auger recently learned that her vanity plate of fifteen years was being rejected all because it contained the “pee” word on the plate. Her vanity plate was a funny one, which read, “PB4WEGO” and got a lot of people to smile while she was driving along the highways and remote roads of New Hampshire where she lives. Auger works as a bartender from the Gonic neighborhood in Rochester, New Hampshire, so she was shocked that the DMV felt this was so offensive.

Auger believes that the state is trying to stomp on her first amendment right to free speech. Not only that, but she feels that the phrase “pee before we go” is hardly a bad phrase to display on the vanity plate because it is common-sense advice that every parent will give to their children.

Auger said, “Who has a mom or dad or parental figure who hasn’t said that to kids before leaving the house? I’m not the type to sit here with a picket, but come on.”

Auger had a lot of support from the community. Because the state motto of New Hampshire is “Live Free Or Die,” the people of the state felt that the DMV should not try to shut down Auger for an innocuous vanity plate like hers.

Not only does Auger offer people some good advice with her New Hampshire vanity plate, she thinks the car “would just stink” of pee if she had to take away the plate.

“If I have to take it off the plate, then I’m not going to be able to live free,” she added, joking.

Auger had not gotten the plate on a whim. She had hunted it down for years and was waiting for it to finally become available. When it was suddenly open, she jumped on the chance to put “PB4WEGO” on her New Hampshire plate. That was because the state expanded the number of characters allowed in its vanity license plates from six to seven.

The state said they “were forced to be changed years ago by the NH Supreme Court as a result of a court order, and now the rules are very specific.”

Meanwhile, the mom believes that “talking about peeing isn’t offensive.” Because this is a bodily function that everyone has to deal with, she thinks it is just a fun way to playing with her vanity license plate and nothing more.

Do you think Auger should have to get rid of her fifteen-year license plate.