Stranger Tries To Save A Drowning Dog, Then Realizes What Was Around Its Neck 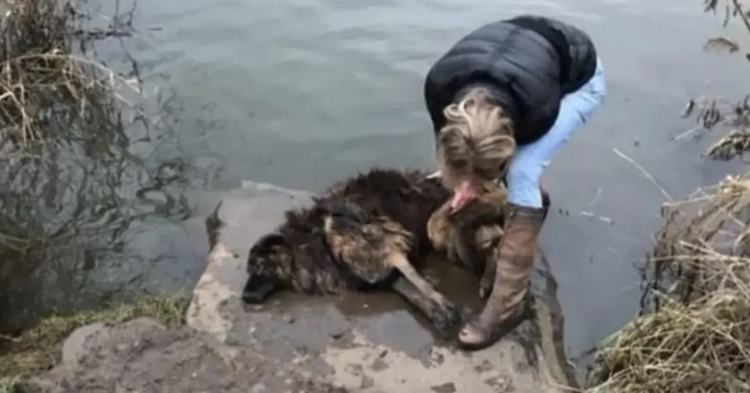 Jane Harper was taking a leisurely walk through Nottinghamshire, Britain, when she saw something that she’ll never forget. In the nearby river, a large dog was struggling to keep its head above water. The pooch was barely making it and would certainly drown if no one intervened to help. Luckily, Harper was at the right place at the right time and managed to get the dog to the shore – only to realize that someone had tied the dog’s leash in a way that would make the dog drown.

Before Jane realized that someone had tried to kill the dog, she thought the animal had fallen into the river by mistake. She waded into the river and managed to grab ahold of the dog. The pooch was in such poor condition. Jane was not sure if the animal was alive or dead. Then it moved, and she knew that she had to hurry if she was going to save the animal’s life. 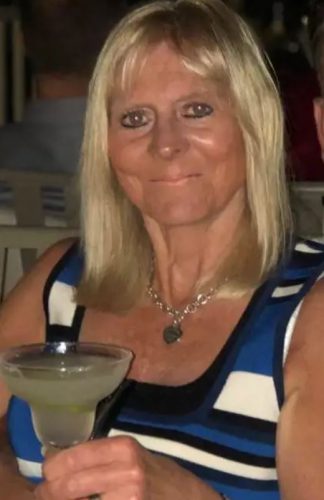 Jane found the dog’s leash was still attached. However, the leash was stuck to something underwater. Jane struggled and struggled to pull the leash out of the river. When she finally did manage to get the leash out, she found that it was tied to a heavy rock. Someone had thrown the dog – and the rock – into the water in an effort to kill the poor dog.

Instead of pulling the rock all the way out of the river, Jane unclipped the dog from the leash and let it fall into the river. She then carried the large dog through the river to the shore. The animal was exhausted after struggling against the threat of death for a long time – no one knows quite how long this dog was fighting to survive the drowning.

Fortunately, a passerby noticed Jane and the dog in the river. This person brought towels over to help keep the dog warm. Another man even gave the sweater off his back so the dog would not die from the cold exposure.

“She was absolutely frozen. We all thought she would die. It was very emotional,” Jane said.

Jane then brought the dog to the closest vet, who was able to get the dog into stable condition. Because Jane intervened at the right moment, she saved the dog from certain death by drowning. The vet then searched the dog for a microchip – and found that she did have one.

The dog’s name was Bella. She had two registered owners, a man, and a woman. The vet wasted no time reporting the pair to the local police. The police arrested both of the dog’s owners and charged them with animal cruelty.

For a few days, Bella stayed at the animal hospital. She needed time to recover from the attempt on her life. Even though Bella was tired and starving, she showed no aggression toward her rescuers.

Police are looking for more answers and have asked the public to assist them by providing any details that might explain why Bella was tied to a rock and abandoned to drown.