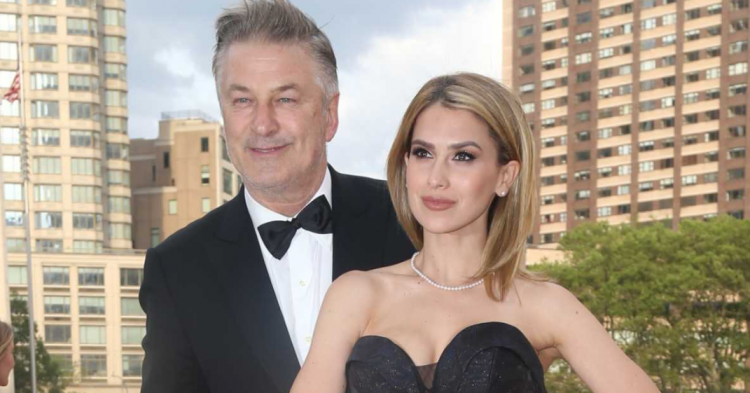 Alec and Hilaria Baldwin have been together for more than a decade now. And their eldest daughter together, Carmen Baldwin, has just celebrated her final birthday in the single digits. In an effort to put on her best face for her ninth birthday, young Carmen put on a full face of makeup and dolled herself up in high heels for an Instagram photo that was met with a lot of consternation by people on social media.

Carmen’s mother, Hilaria, snapped photos of her nine-year-old daughter in high heels and makeup ahead of their night out on the town. The family was going out to celebrate the youngster’s birthday, and they wanted to have her looking her best in case she found another photo opportunity. 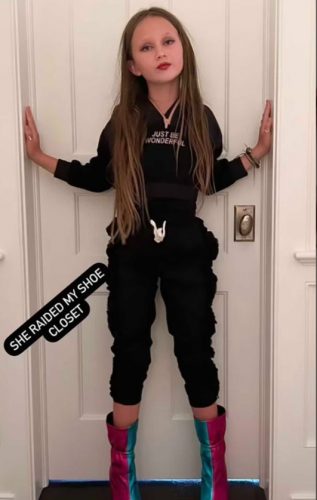 Hilaria showed off her daughter’s mature sense of style in an Instagram Stories post. Mom claimed that her daughter “raided her closest” and picked out the shoes she wanted to wear. However, the shoes were too big, so they were only put on for the photo. Nevertheless, the makeup was left on because she was considered old enough to have a full face of makeup despite being just nine years old.

During the family’s dinner, Hilaria took another photo. She shared that with her friends and followers on Instagram along with a message that said, “Starting the B-Day celebrations two days early!” 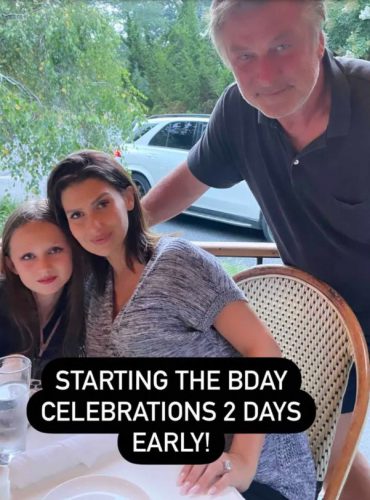 As a little girl, it is fun for Carmen to get dressed up and look like an adult. Although she is only nine years old now, her family wants her to enjoy her childhood and get the most out of it before entering double digits next year when she turns ten years old.

After Hilaria posted today’s photos of her daughter in makeup and high heels, she posted a throwback photo from when Carmen was just a little girl back in 2016. In the photo, Hilaria is holding the little girl up to her chest as the child holds onto a star wand while wearing a striped yellow dress. 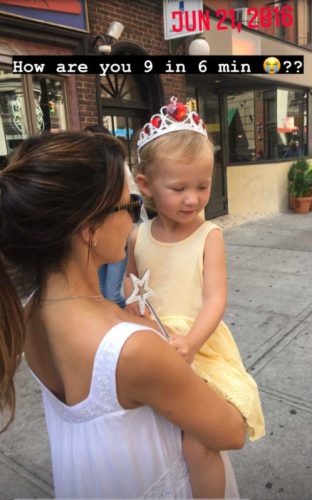 Carmen is the oldest of six children, and soon to be seven children, shared by Hilaria and Alec Baldwin. The couple must be thrilled to see their little girl growing up so fast and becoming a little woman. However, I bet a part of them wishes they could hold onto the little girl that Carmen was all those years ago and bring back the day they could carry her in their arms and sway her to sleep during naptime.

It is hard to believe that Carmen Baldwin is already nine years old. It feels like just yesterday that Hilaria and Alec Baldwin were welcoming their first child into the world. And now, they are getting ready to celebrate Carmen’s tenth birthday next year. Time really does fly! Before you know it, Carmen will be a teenager, and the Baldwins will have seven children in the household.